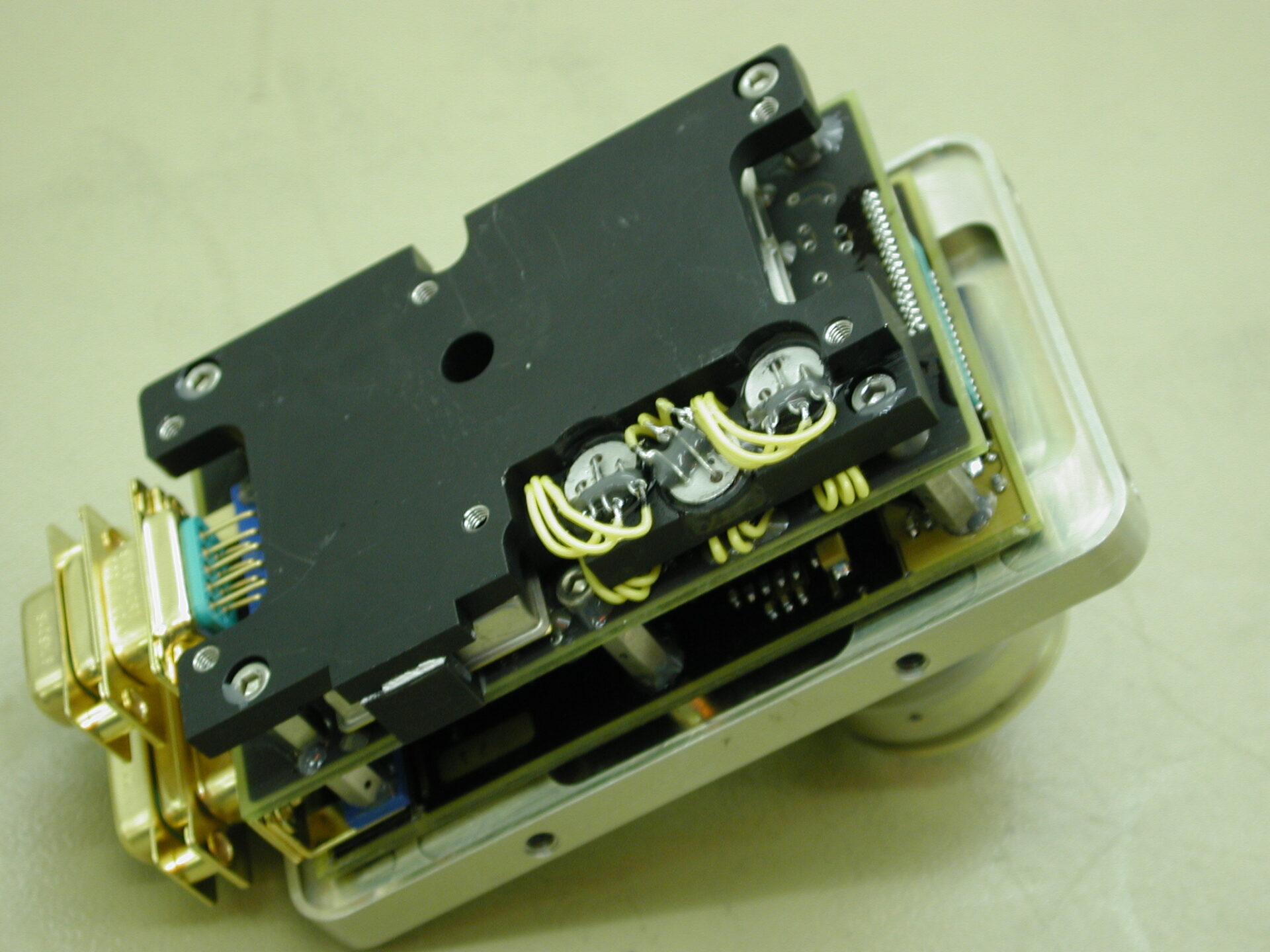 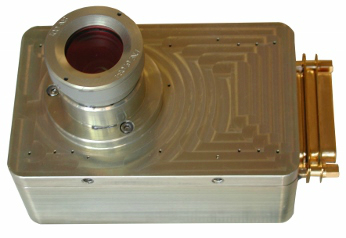 OIP, as a subcontractor to IMEC (B), was responsible for the design, development and test of the VMC, based on IRIS-3 sensors developed by IMEC, Leuven-Belgium.

Several missions in the past, notably TeamSat (1997), XMM (1999), and Cluster II (2000) have demonstrated on-board cameras for visual feedback of spacecraft-launcher separation or antenna deployment. Each of these camera examples were ad-hoc designs, using off-the-shelf components, typically industrial vision CMOS active pixel sensors and fairly small rad-tolerant FPGAs. In addition to their one-off nature, these cameras were somewhat restrained in operation by the S/C’s OBDH (On Board Data Handling) system or the interface thereto.

The VTS camera on TeamSat lacked image memory and thus the S/C computer had to directly read out the pixel array. Even with a tailored RS422 serial data interface of 3.125Mb/s this limited the system frame rate to just one image per second.

The VMC cameras on XMM and Cluster II offered spacecraft interface compatibility through their TTCB-01 serial links running at 100kb/s or less. The XMM cameras had internal storage for one image, the Cluster camera had an external add-on memory box, the XMXU, offering in-line storage for about 10 images. In both cases the acquisition time for one image was 200ms.The IRIS3 single-chip camera, aimed to overcome some of the limitations of older systems, offering more functionality and portability, higher electro-optical performance and yet lower impact on existing S/C architectures.

The IRIS1 chip VMC cameras were based on a “linear” concept, the IRIS3 chips allowed to have limited number of PCBs, which could be fitted in “flat” concept.

The IRIS3 is a single-chip camera for visual monitoring from spacecraft in flight. This 1024 x 768 pixel imager has all interface and control logic on chip, and is capable of directly addressing up to 64 megawords of off-chip memory for image storage.

The objective is composed of 4 lenses, all with antireflection coating and made of radiation resistant glass. Dedicated aluminum mechanical housing design by OIP to fit the power supply module and Main camera module.

Two flight-standard cameras were built and qualified with functional and environmental tests by OIP. The cameras passed the environmental qualification tests, based on the specs of visual monitoring cameras (VMC) in the Cluster mission:

The cameras were delivered to IMEC Q3 of 2004, but never flown on a space mission. The goals, i.e. demonstration of flight worthy cameras, were met. Future camera design was based on the achievements made in this project. 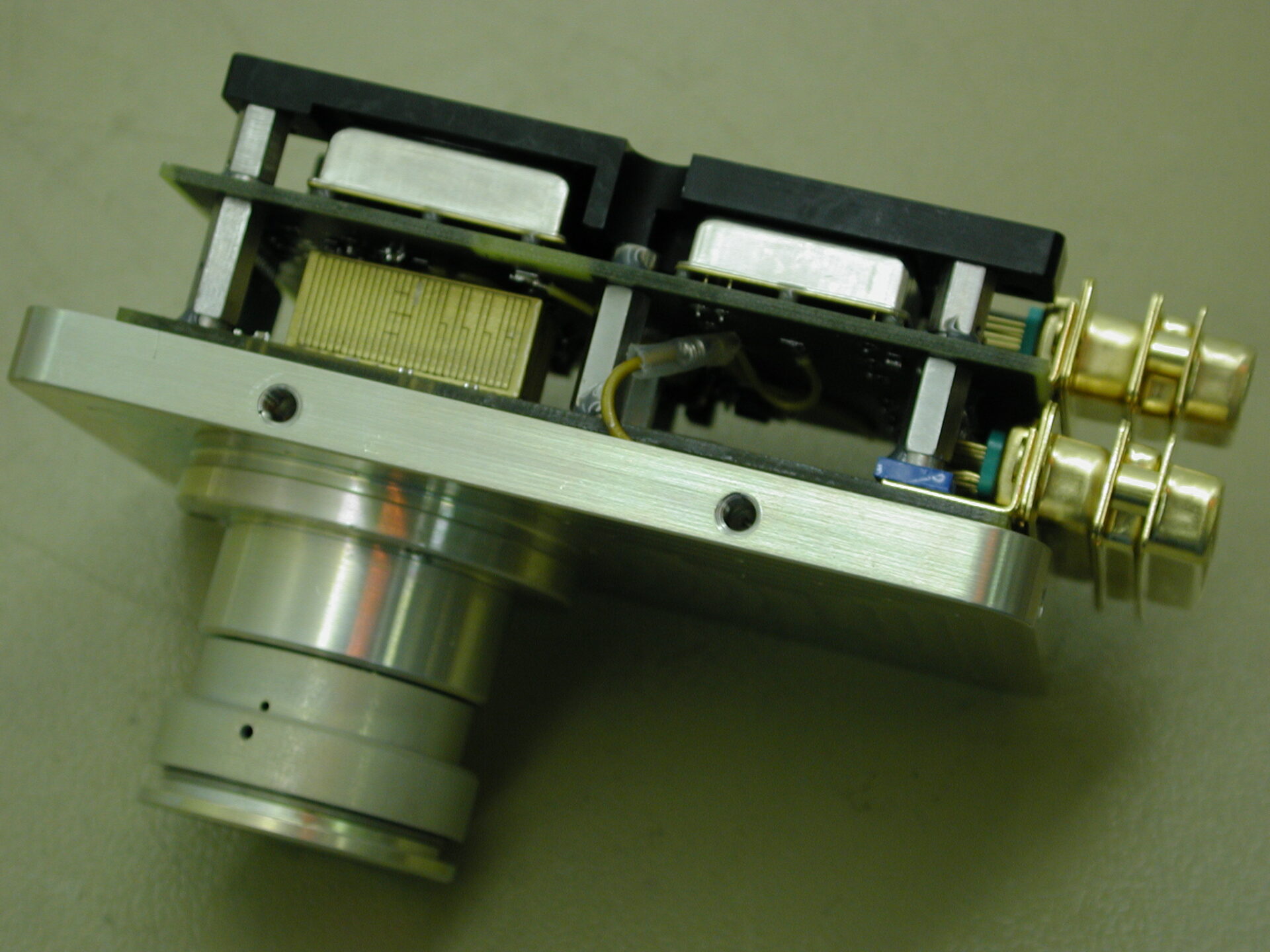 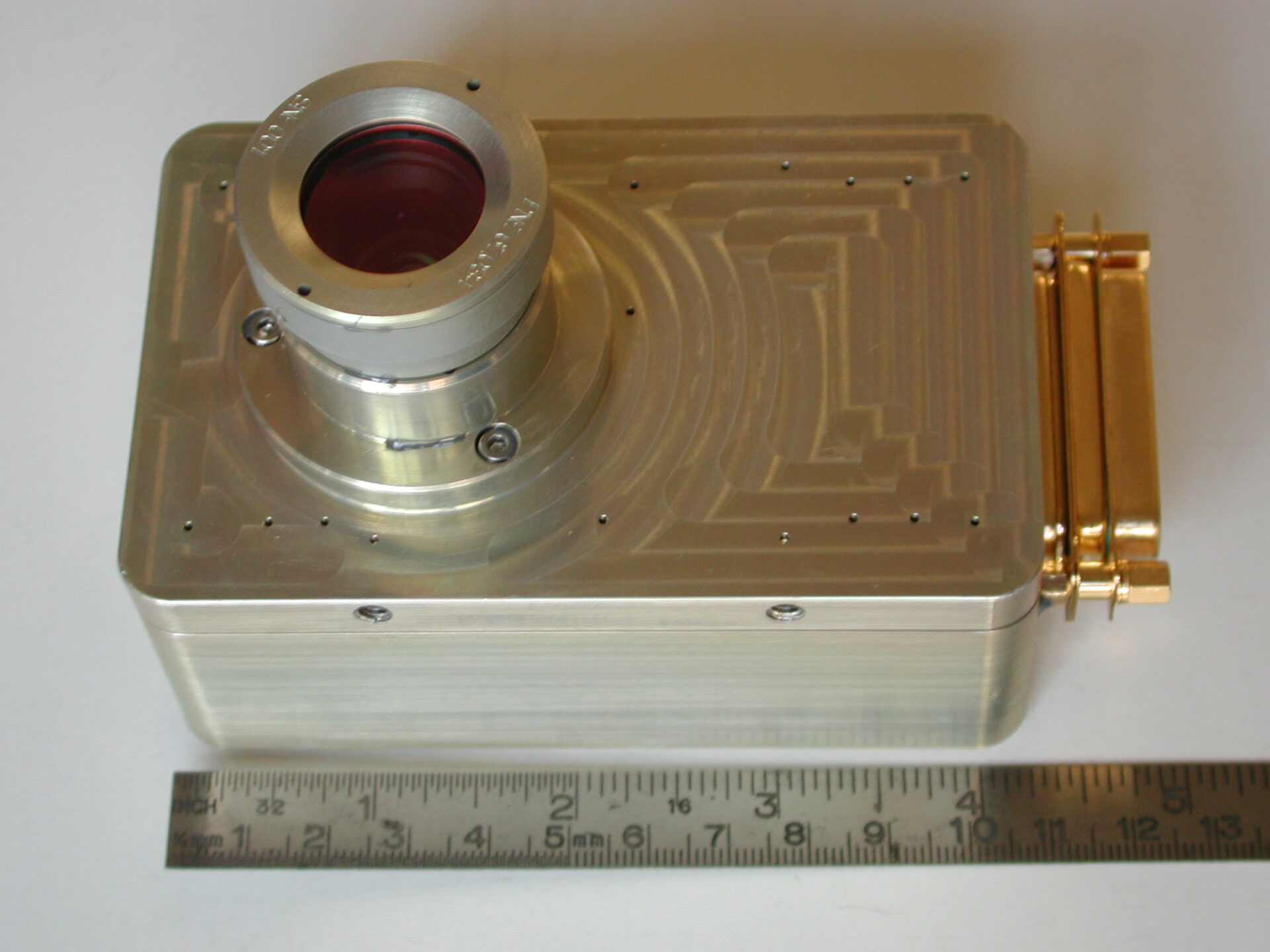