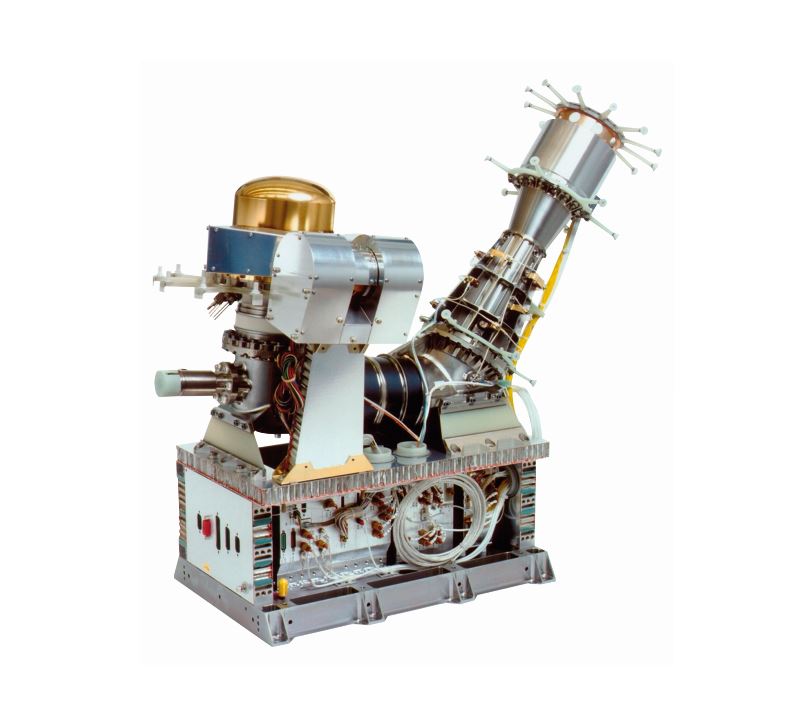 The Double Focusing Mass Spectrometer (DFMS) is one of the three components of ROSINA, onboard ESA’s Rosetta mission.

The goal of this mass spectrometer is the measurement of ions and neutrals. The sensor has a very wide dynamic range and high sensitivity to cope with the very large differences in ion and neutral gas concentrations. Furthermore, the outflowing cometary gas flow velocities and temperatures can be determined.

BIRA-IASB was responsible for the construction of the detection system and its corresponding electronics for the DFMS spectrometer. OIP, as a subcontractor to BIRA-IASB [B], was responsible for manufacturing, assembly and testing (electrical and environmental) of space qualified electronics for RDP and FDP, both part of the DFMS subsystem of the instrument of Rosina.

Rosina was launched successfully and after a 10 years long journey the spacecraft, carrying the comet lander Philae, arrived at its destination: Comet 67P/C-G. Philae was successfully deployed on the comet surface, the first ever landing on a comet! The orbiter followed its loyal travel companion and performed interesting science!

The ROSINA (Rosetta Orbiter Spectrometer for Ion and Neutral Analysis) instrument, on board of ESA’s Rosetta mission, is a combination of two mass spectrometers and a pressure sensor. The mass spectrometers will determine the composition of the comet’s atmosphere and ionosphere, measure the temperature and bulk velocity of the gas and ions, and investigate reactions in which they take part.

The ROSINA pressure sensor is capable of measuring both total and ram pressure, and will be used to determine the gas density and rate of radial gas flow.

The Double Focusing Mass Spectrometer (DFMS) is a high-resolution mass spectrometer (resolution m/Δm greater than 3000 at 1% peak height) with a high dynamic range and a good sensitivity. The DFMS has two operation modes: a gas mode for analysing cometary gases and an ion mode for measuring cometary ions. Switching between the gas and ion modes only requires changing some of the potentials in the ion source and suppression of the electron emission that is used to ionise the gas. All other operations are identical for the two modes.

The three main parts of the DFMS are the ion source, the analyser and the detectors. The instrument is housed in a vacuum-tight enclosure and has been thoroughly degassed by baking and was launched under vacuum. The ion source region was opened during the cruise phase to the comet by removing the protective cap. At the same time the analyser section vent, pointing at free space, away from the comet and the ion source will also be opened. BIRA-IASB (Uccle, Belgium) was responsible for the construction of the detection system and its corresponding electronics for the DFMS spectrometer.

ROSINA analyzed the composition and different interactions in the cometary atmosphere. 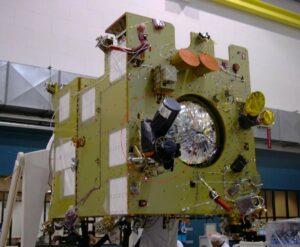 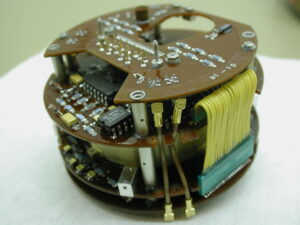 The spacecraft consisted of the Rosetta orbiter, which featured 12 instruments, and the Philae lander, with nine additional instruments. The Rosetta mission orbited Comet Churyumov–Gerasimenko for 17 months and was designed to complete the most detailed study of a comet ever attempted.

The Rosetta spacecraft design is based on a box-type central structure, 2.8m × 2.1m × 2.0m, on which all subsystems and payload equipment are mounted. Two solar panels, with a combined area of 64m², each stretch out to 14m in length. The total span from tip to tip is 32m.

The Philae lander, measuring about 1m × 1m × 1m (before deployment of its landing gear), is attached to the spacecraft side opposite to the side that carries the 2.2m diameter steerable high-gain antenna.

Rosetta takes its name from the Rosetta Stone, an incomplete stela of black basalt incised with the same priestly decree concerning Ptolemy V, in three scripts. Although three scripts are shown (Egyptian Hieroglyphs, Egyptian Demotic and Greek) just two languages are represented. The great significance of the Stone is that it provided the key to deciphering Egyptian hieroglyphs. Scientists hoped that the Rosetta mission will unlock the mysteries of how the Solar System evolved. 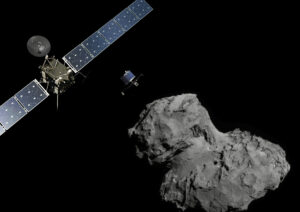 Rosetta’s lander Philae is named after an island in the Nile river, where archaeologists found an inscription on an obelisk that confirmed their interpretation of the Rosetta Stone texts.

The International Rosetta Mission was approved in November 1993 by ESA’s Science Programme Committee as the Planetary Cornerstone Mission in ESA’s long-term space science programme. The mission goal was originally set for a rendez-vous with comet 46 P/Wirtanen. After postponement of the original launch a new target was set: comet 67P/Churyumov-Gerasimenko (short 67P/C-G).

In order to investigate the comet nucleus and the gas and dust ejected from the nucleus as the comet approaches the Sun, Rosetta carries a suite of 12 instruments on the comet orbiter and Philae, a lander equipped with a further ten instruments which perform surface measurements. The orbiter instruments combine remote sensing techniques, such as cameras and radio science measurements, with direct sensing systems such as dust and particle analysers.

Rosetta was launched on 2 March 2004. Along with Philae, its lander module, Rosetta performed a detailed study of comet 67P/C-G. During its journey to the comet, the spacecraft performed flybys of Earth, Mars, and the asteroids 21 Lutetia and 2867 Šteins. It was launched as the third cornerstone mission of the ESA’s Horizon’s 2000  program, after SOHO/Cluster and XMM-Newton.

On 6 August 2014, the spacecraft reached the comet and performed a series of maneuvers to eventually orbit the comet at distances of 30 to 10 kilometers. On 12 November, its lander module Philae performed the first successful landing on a comet, though its battery power ran out two days later. Communications with Philae were briefly restored in June and July 2015, but due to diminishing solar power, Rosetta‘s communications module with the lander was turned off on 27 July 2016. On 30 September 2016, the Rosetta spacecraft ended its mission by hard-landing on the comet in its Ma’at region.

BIRA-IASB was responsible for the construction of the detection system and its corresponding electronics for the DFMS spectrometer.
OIP, as a subcontractor to BIRA-IASB [B], participated in the Phase C/D and was responsible for manufacturing, assembly and testing (electrical and environmental) of space qualified electronics for Remote Detector Package (RDP) and the Floating Detector Package (FDP), both part of the DFMS subsystem of the instrument of Rosina.

The DFMS electronics were delivered in time to BIRA-IASB and later on integrated in the DFMS in Switzerland.

Rosetta was launched on March 2nd, 2004 and started a long journey in pursuit of comet 67P/C-G. During its 10 year journey towards the comet, the spacecraft has passed by two asteroids: 2867 Steins (in 2008) and 21 Lutetia (in 2010). The spacecraft entered deep-space hibernation mode in June 2011.
On 20 January 2014 at 18:18 UTC, a signal was received by NASA’s Goldstone and Canberra ground stations indicating that the hibernation exit sequence had been completed. The spacecraft arrived at the comet on 6 August 2014. Between August and November, the spacecraft orbited the comet and gathered data to characterize the environment and the comet nucleus.

On 12 November 2014, Rosetta’s lander Philae was deployed to the surface, the first time in history that such an extraordinary feat has been achieved (with exception of Bruce Willis in the motion picture Armageddon). Since then, the spacecraft has been orbiting the comet. It accompanied the comet on its journey around the Sun. The orbiter followed thus its loyal travel companion Philae and performed interesting science!

ROSINA was provided by collaborative efforts between scientific institutes in ESA member states and the USA.

BIRA-IASB (Uccle, Belgium) was responsible for the construction of the detection system and its corresponding electronics for the DFMS spectrometer together with IMEC (Leuven, Belgium) and OIP. 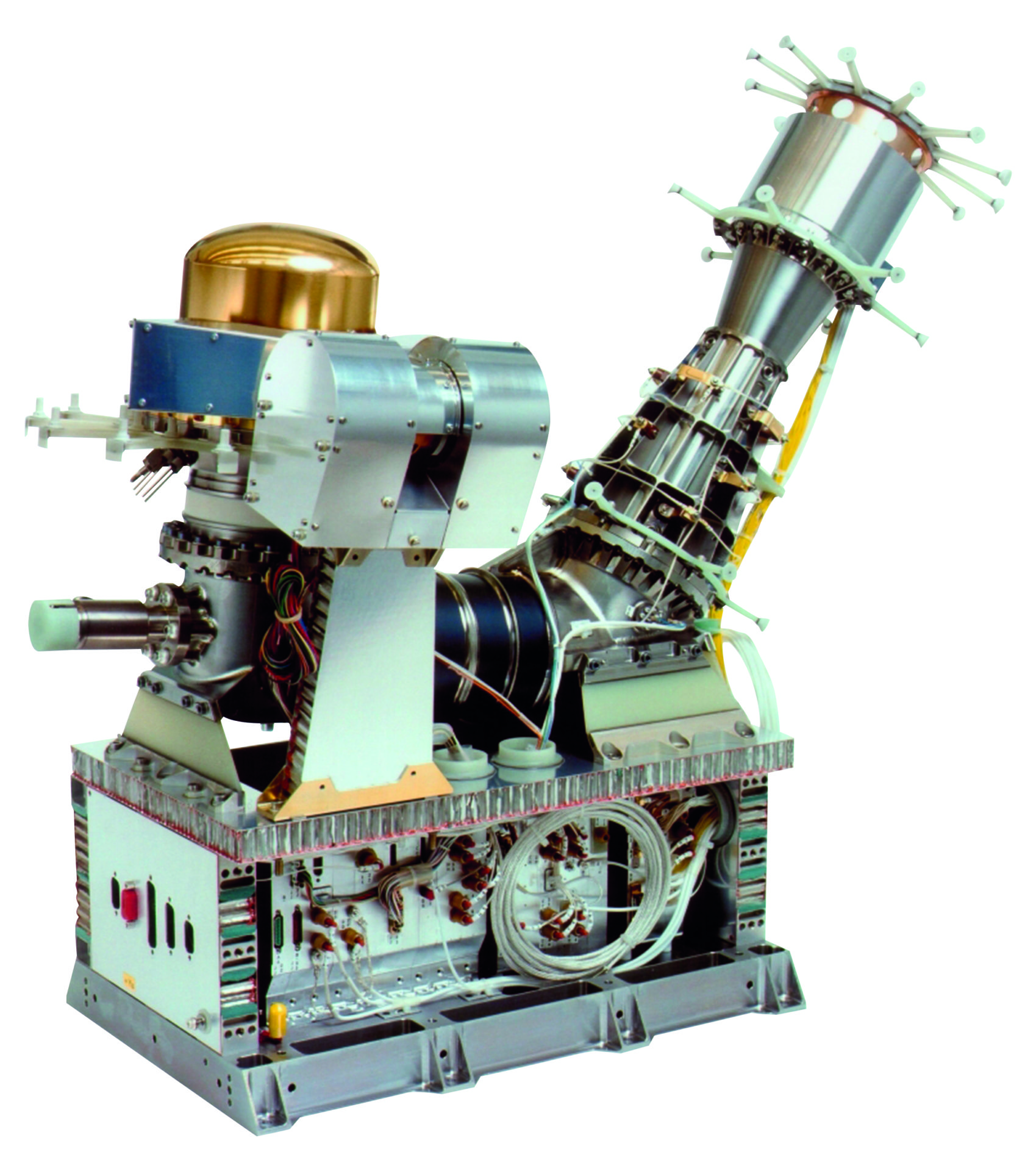 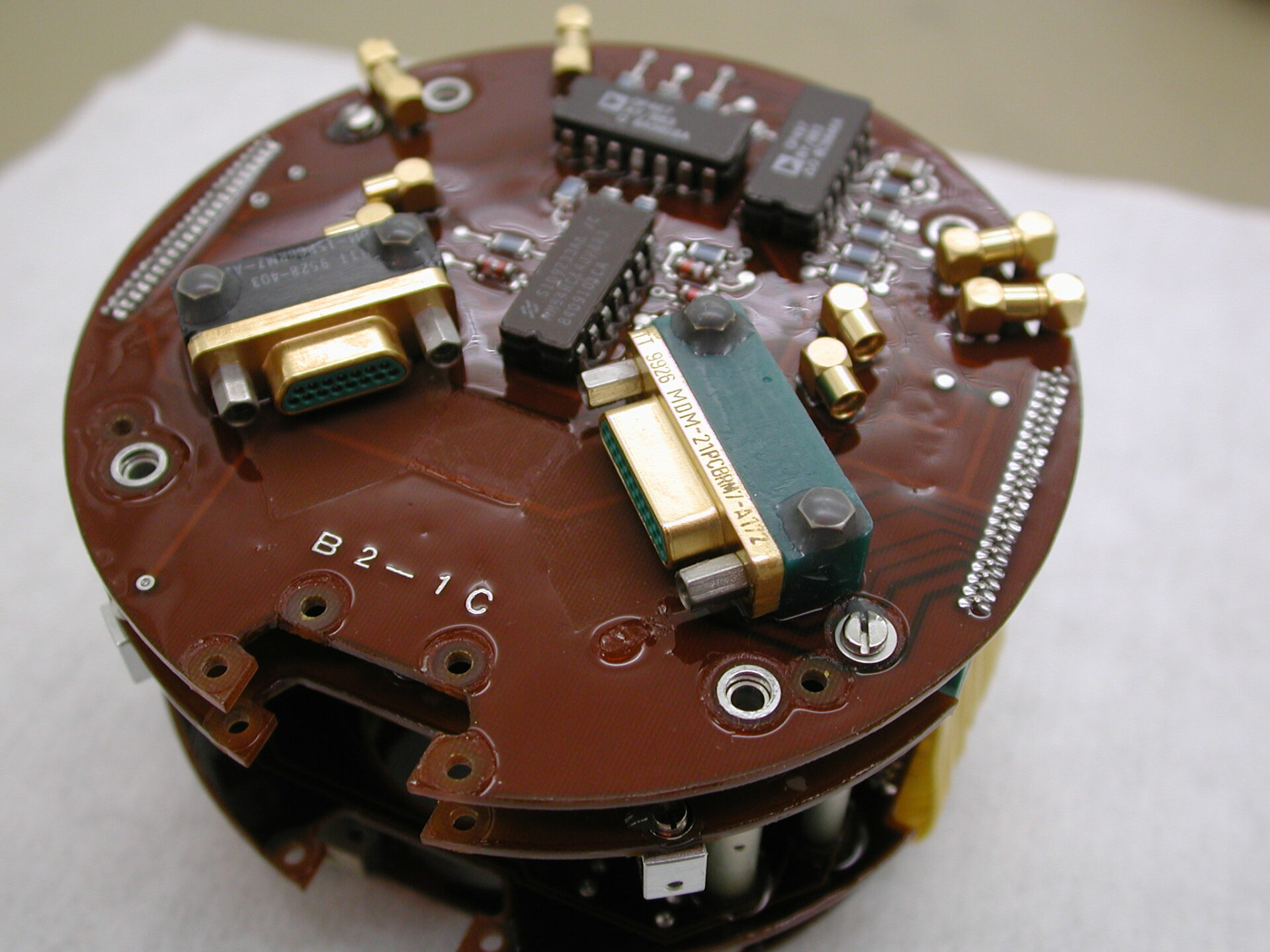 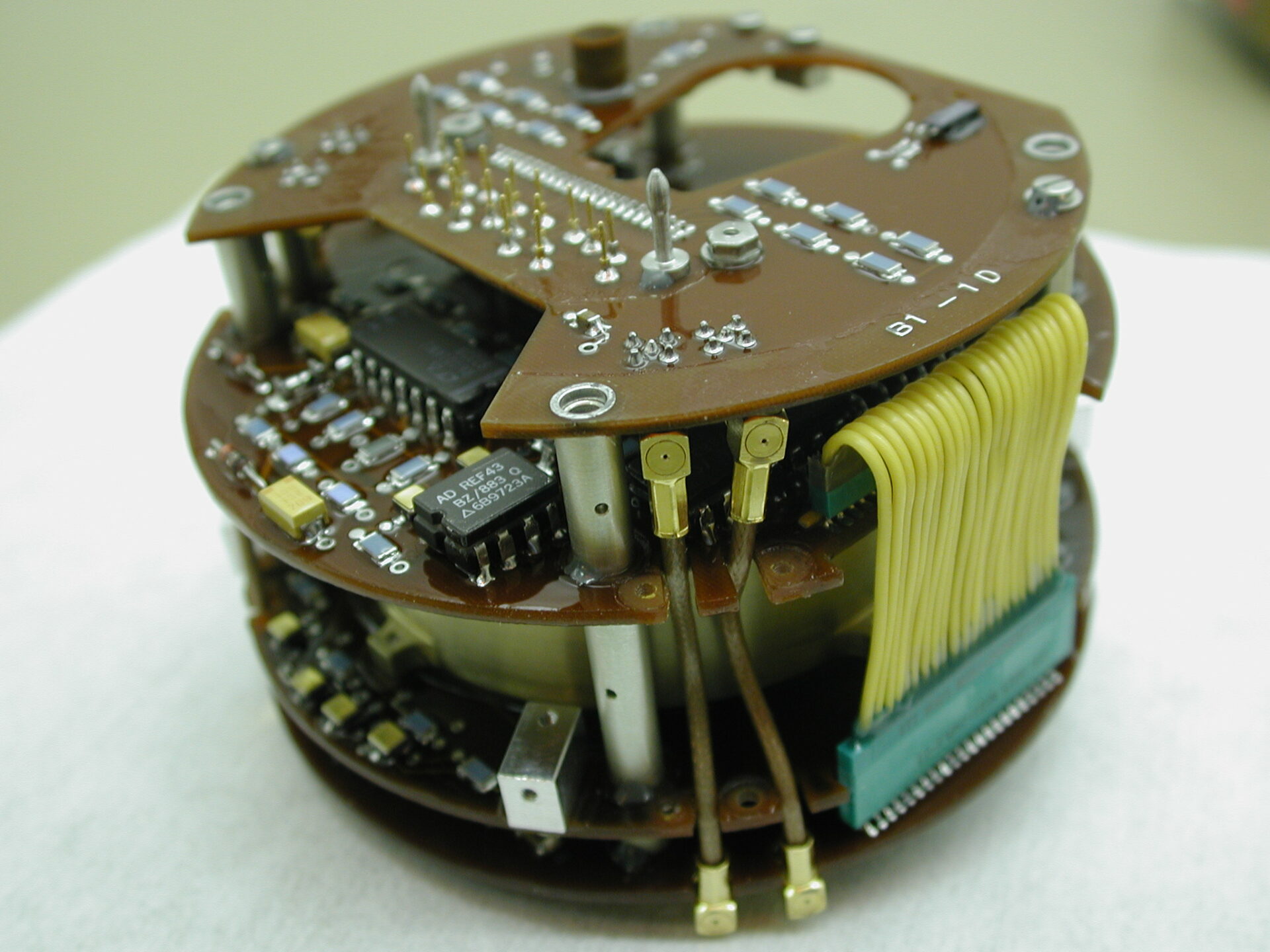 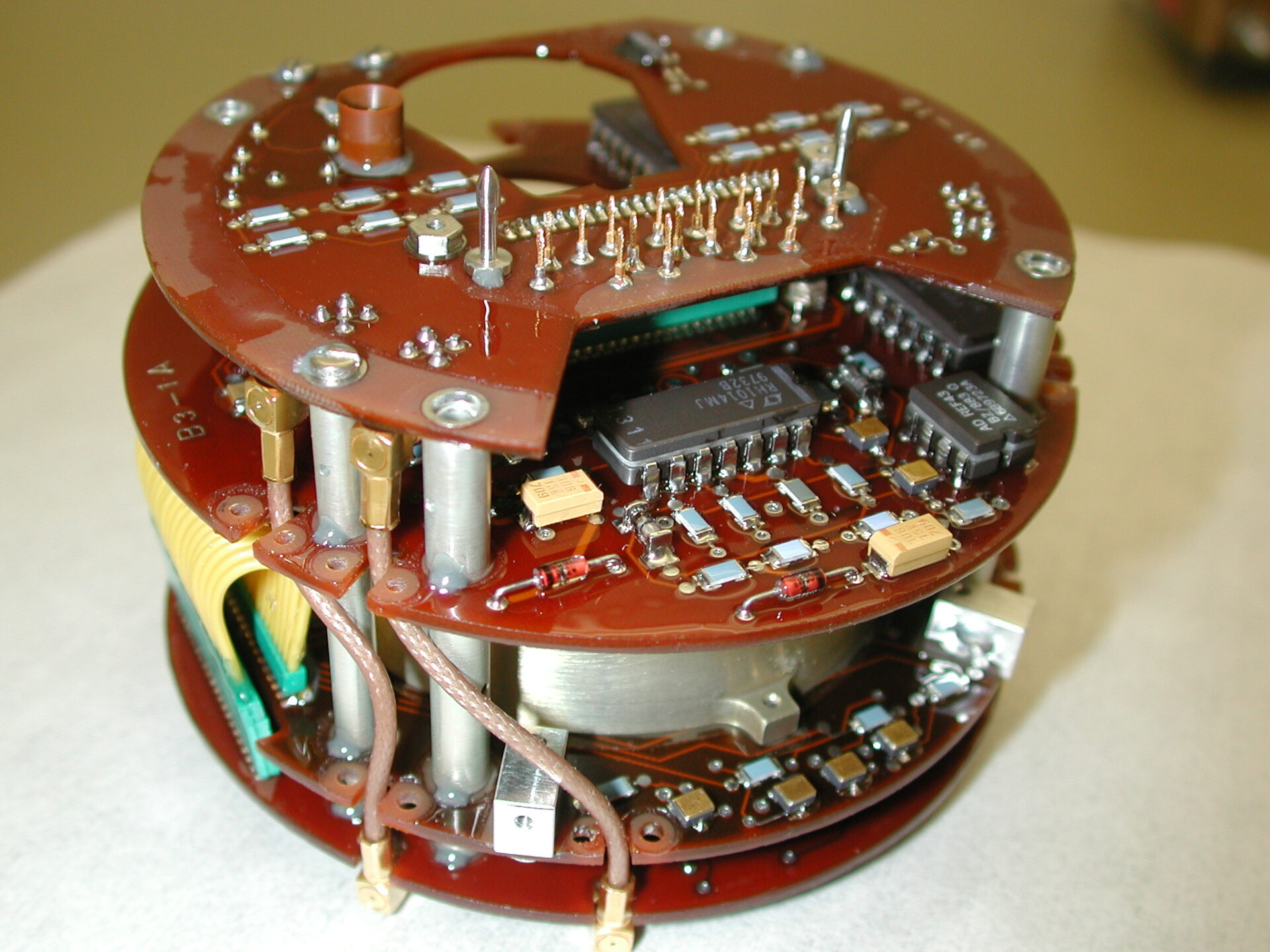 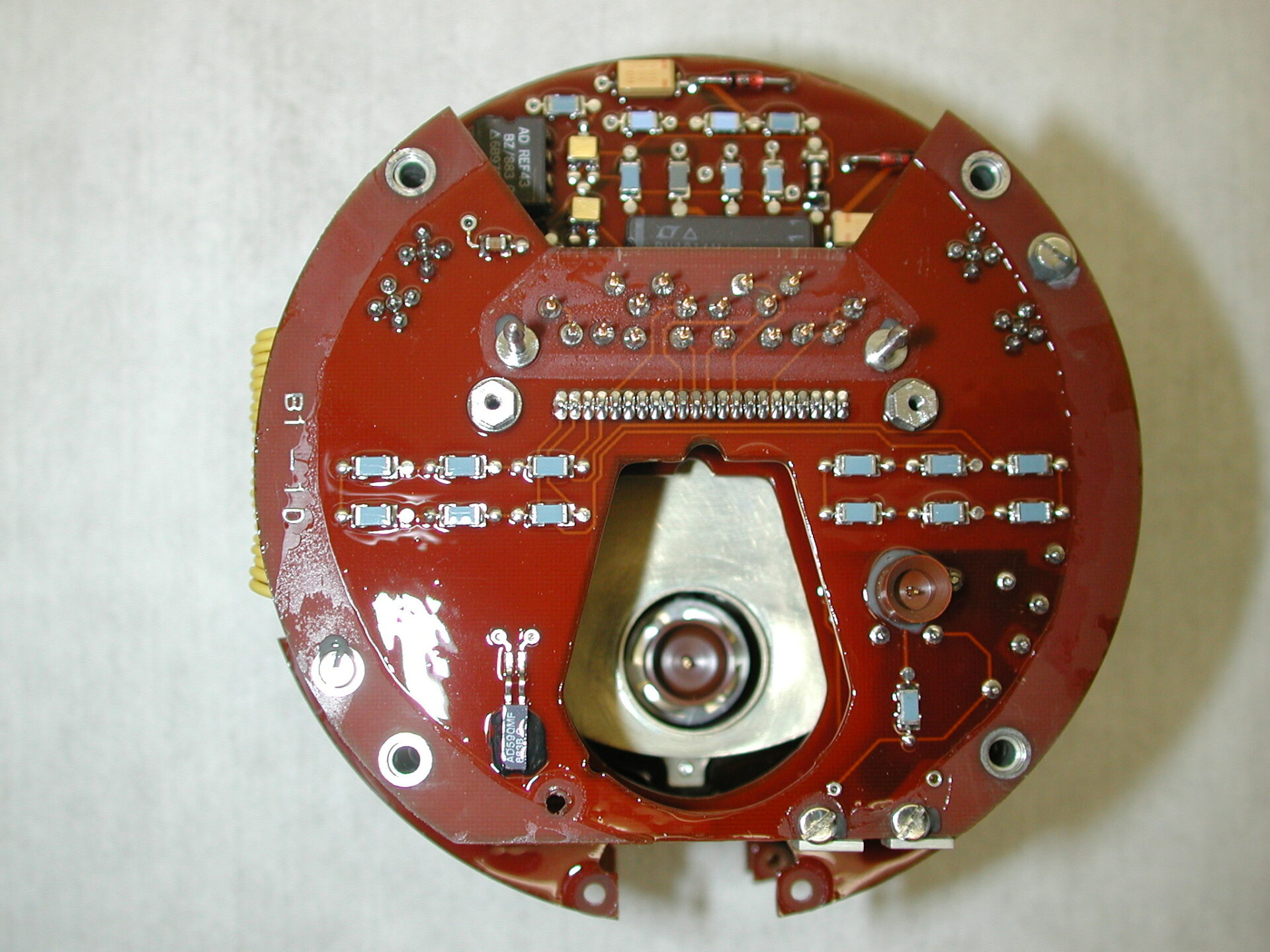 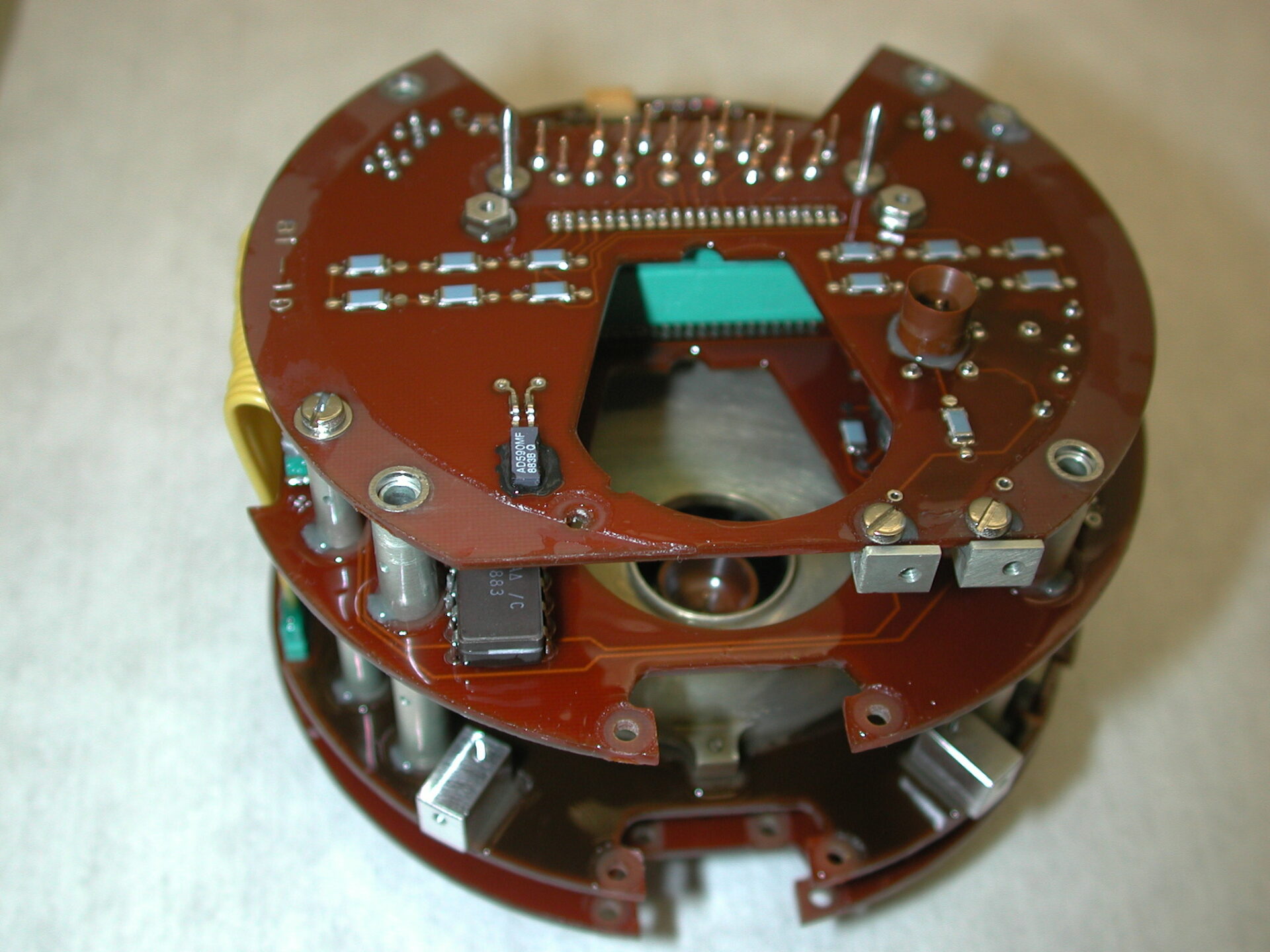 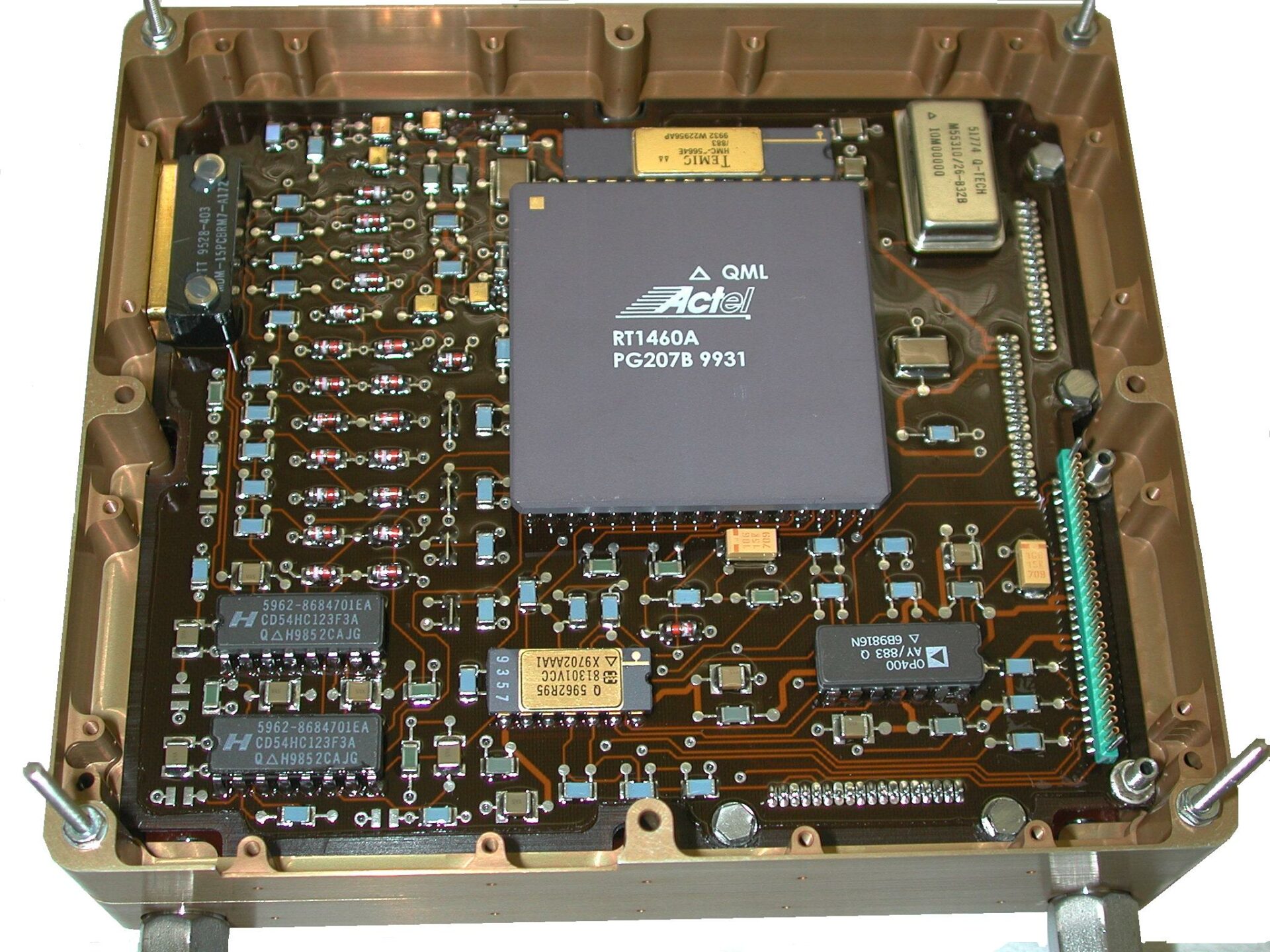 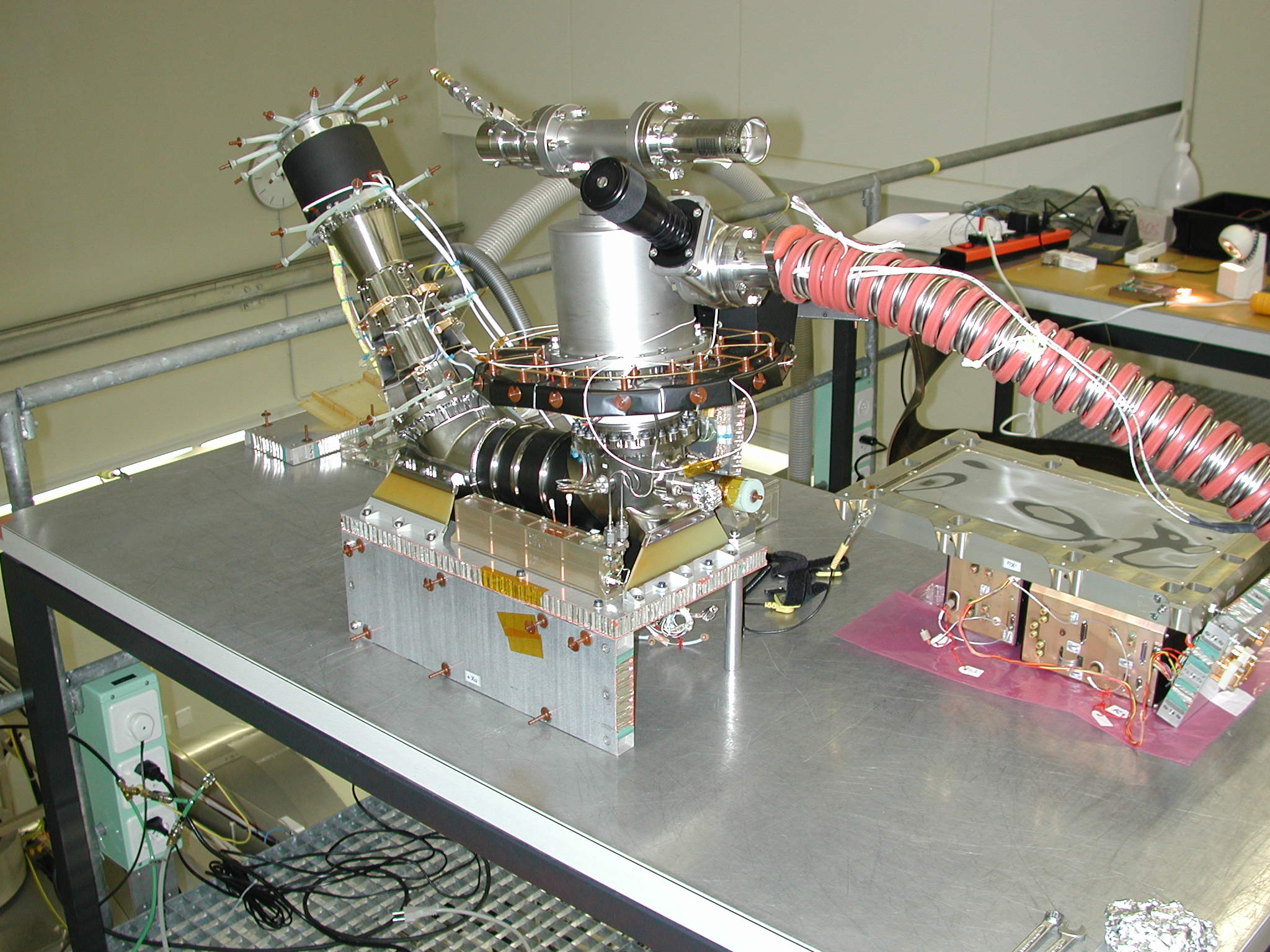 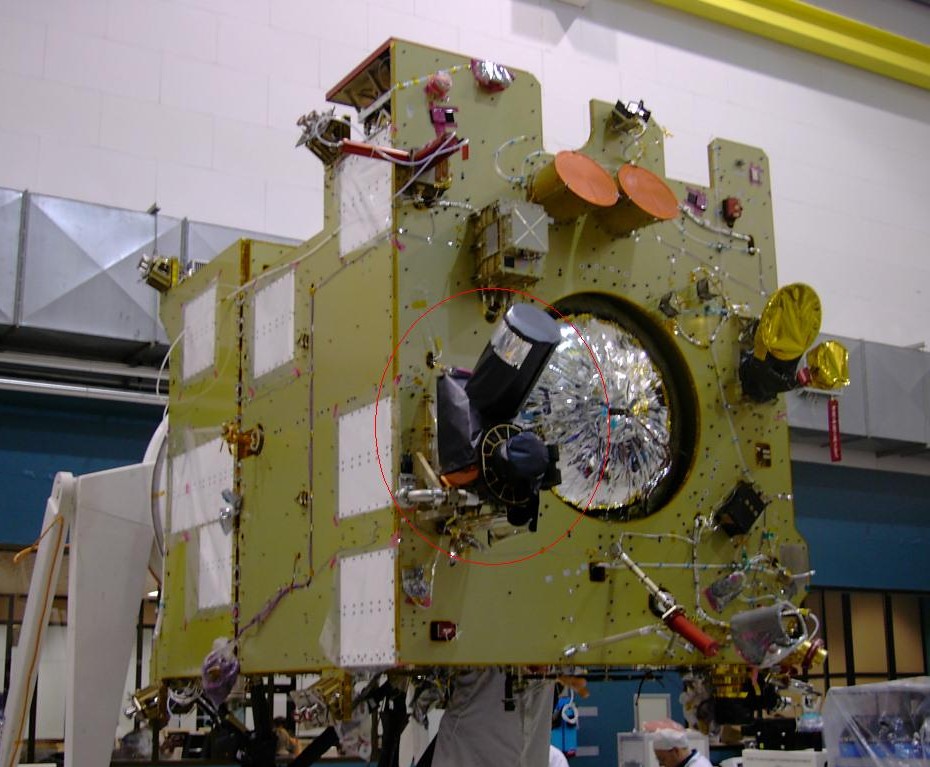 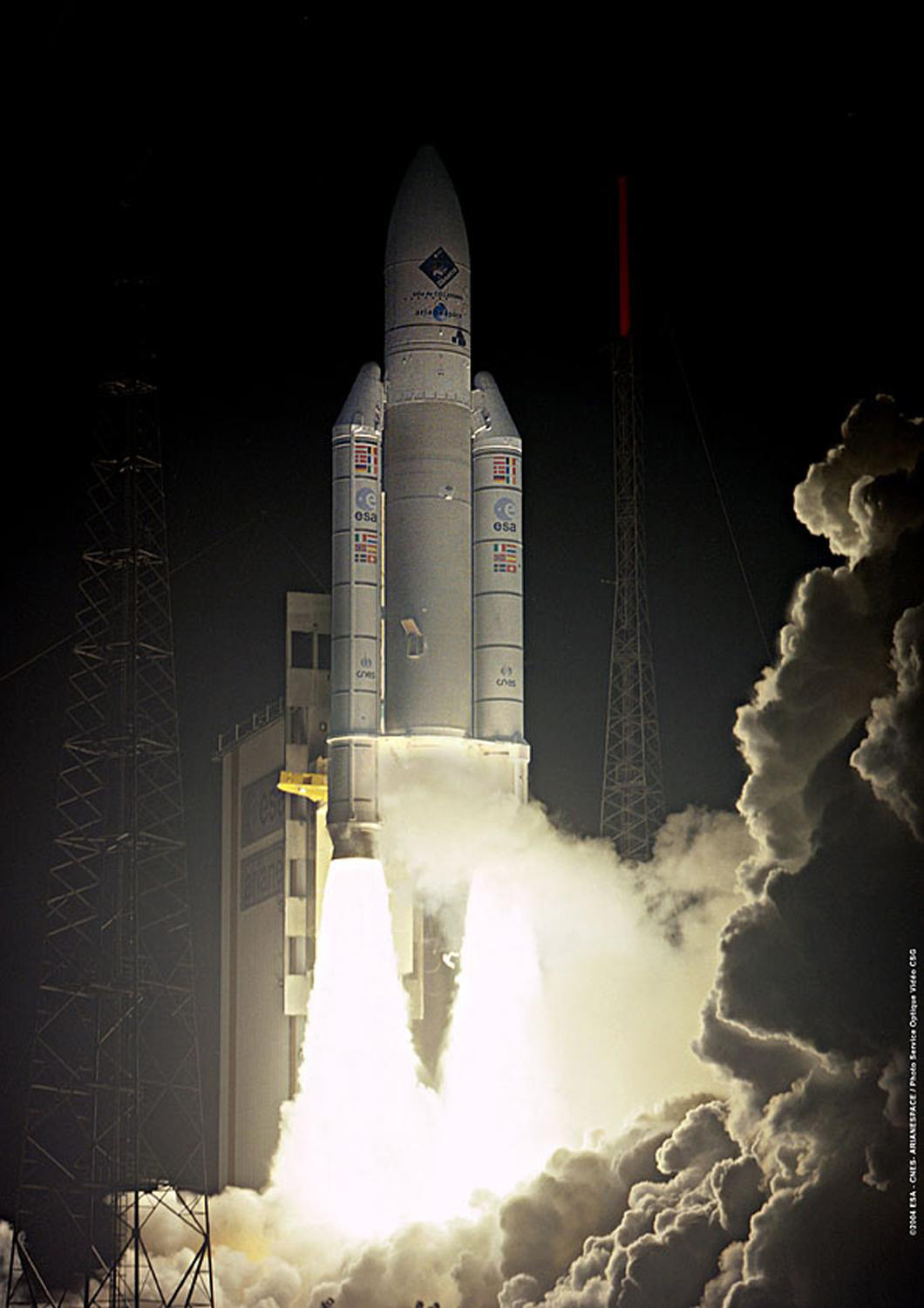 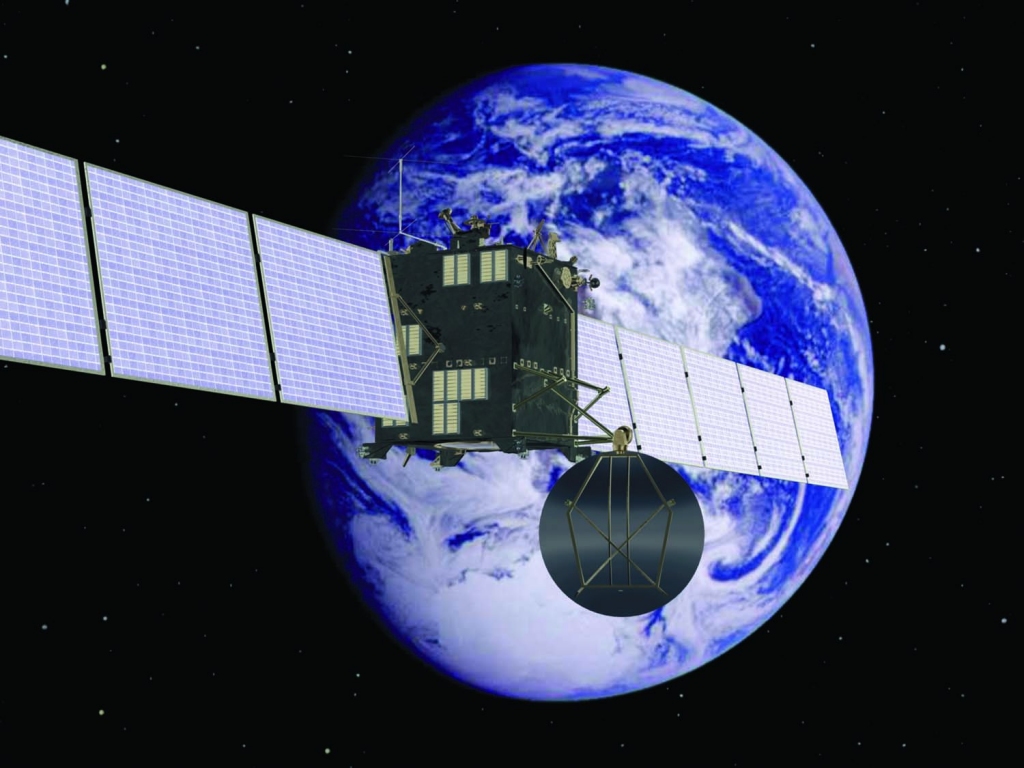 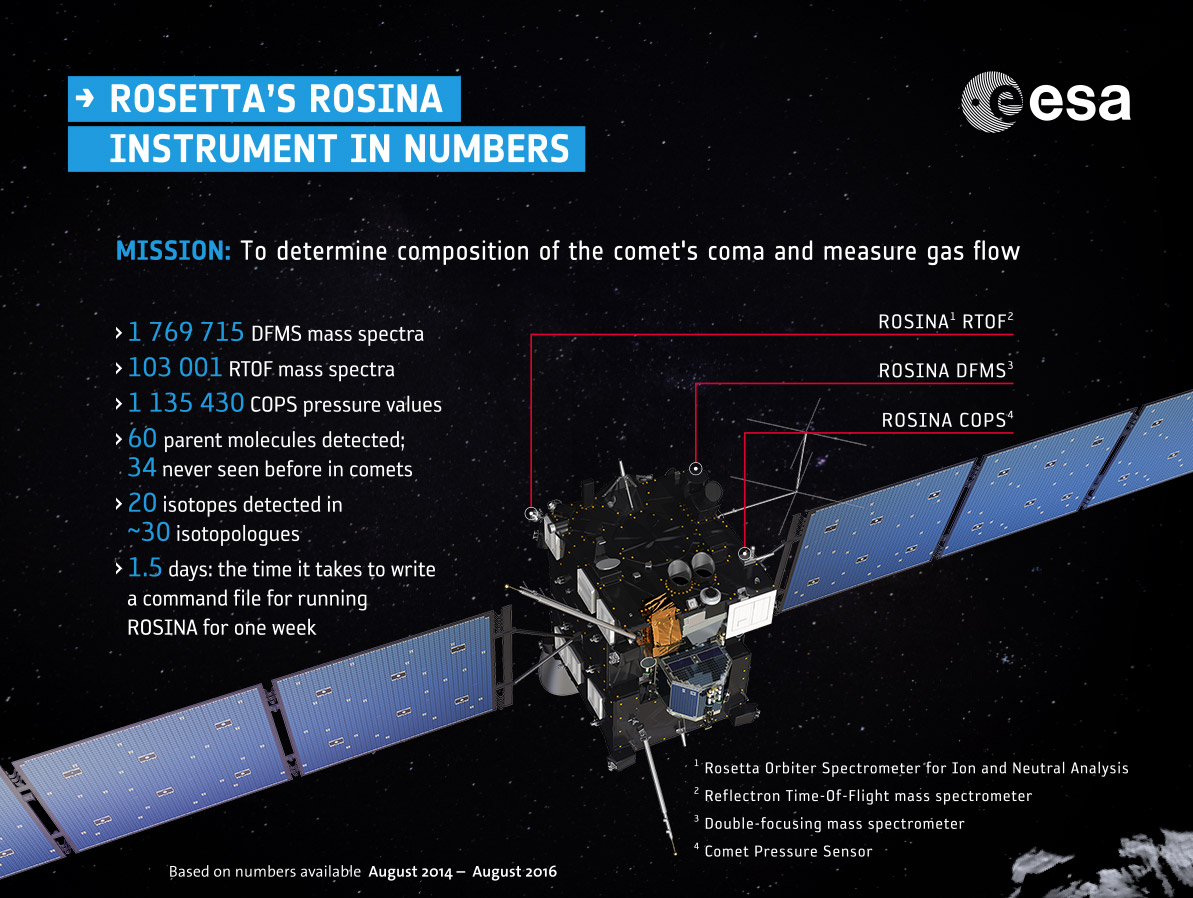 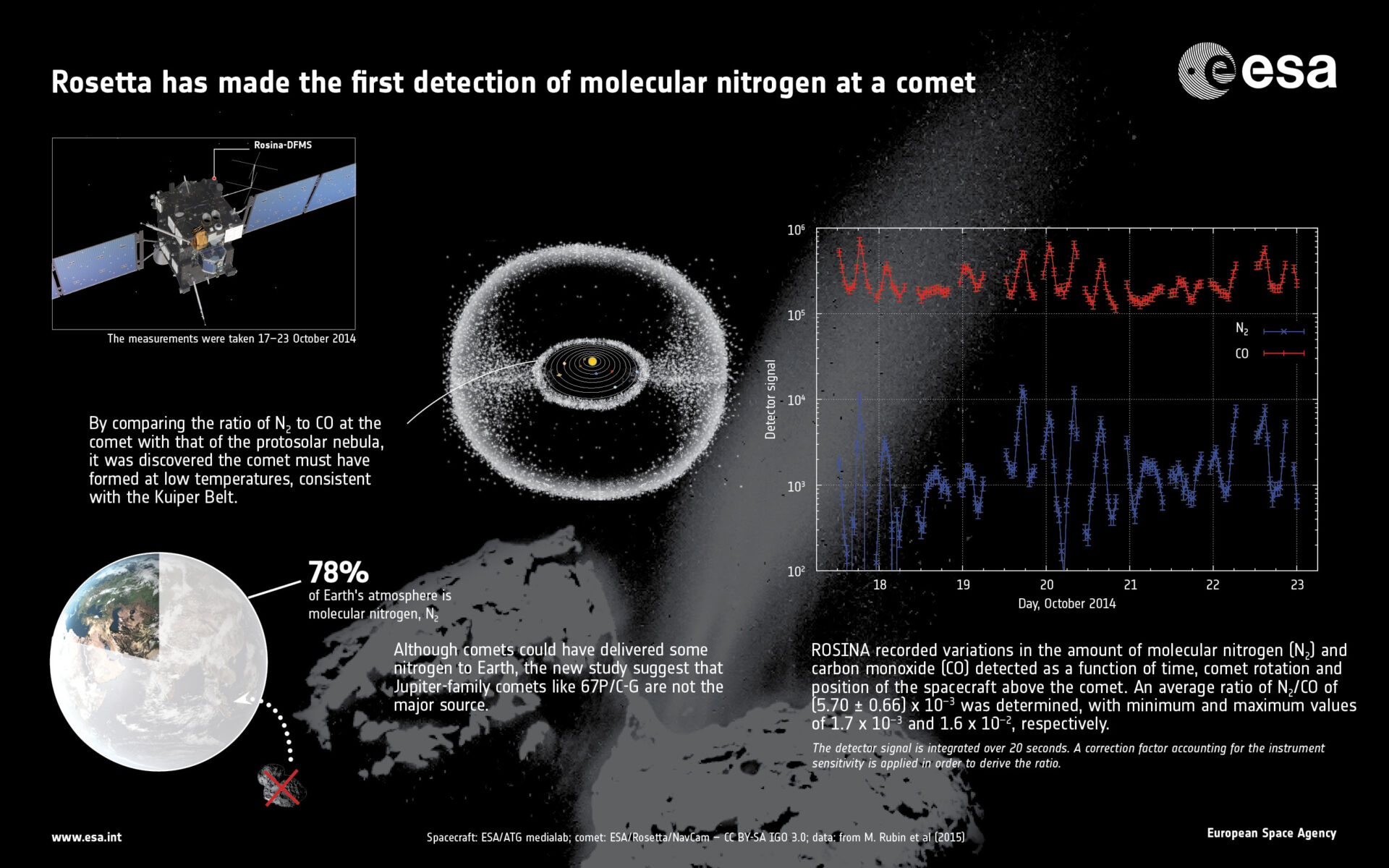 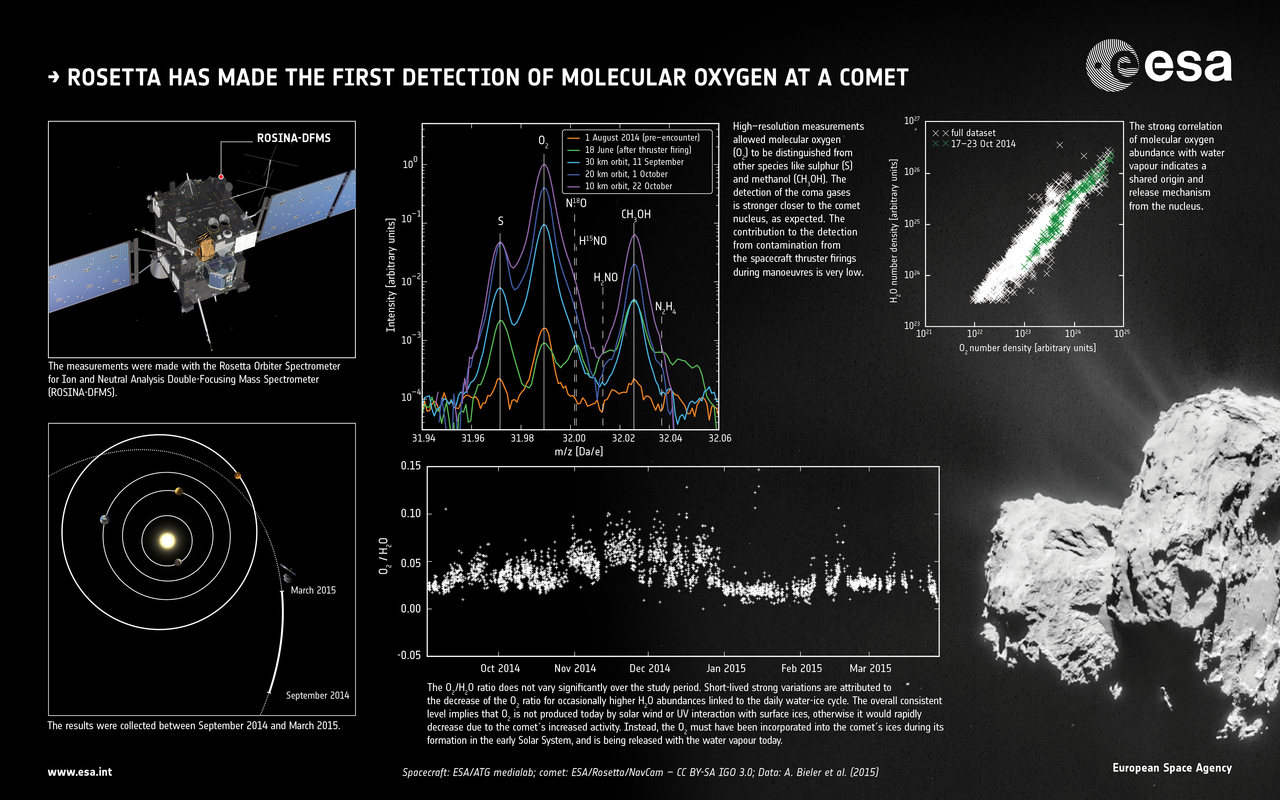 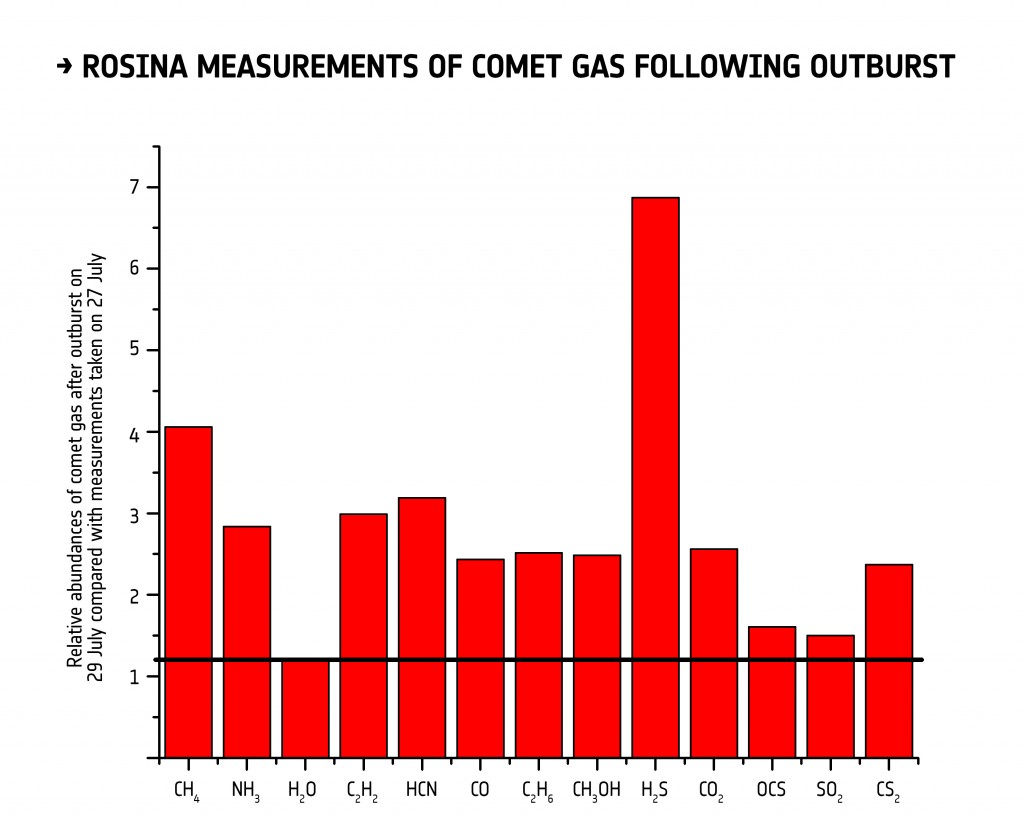 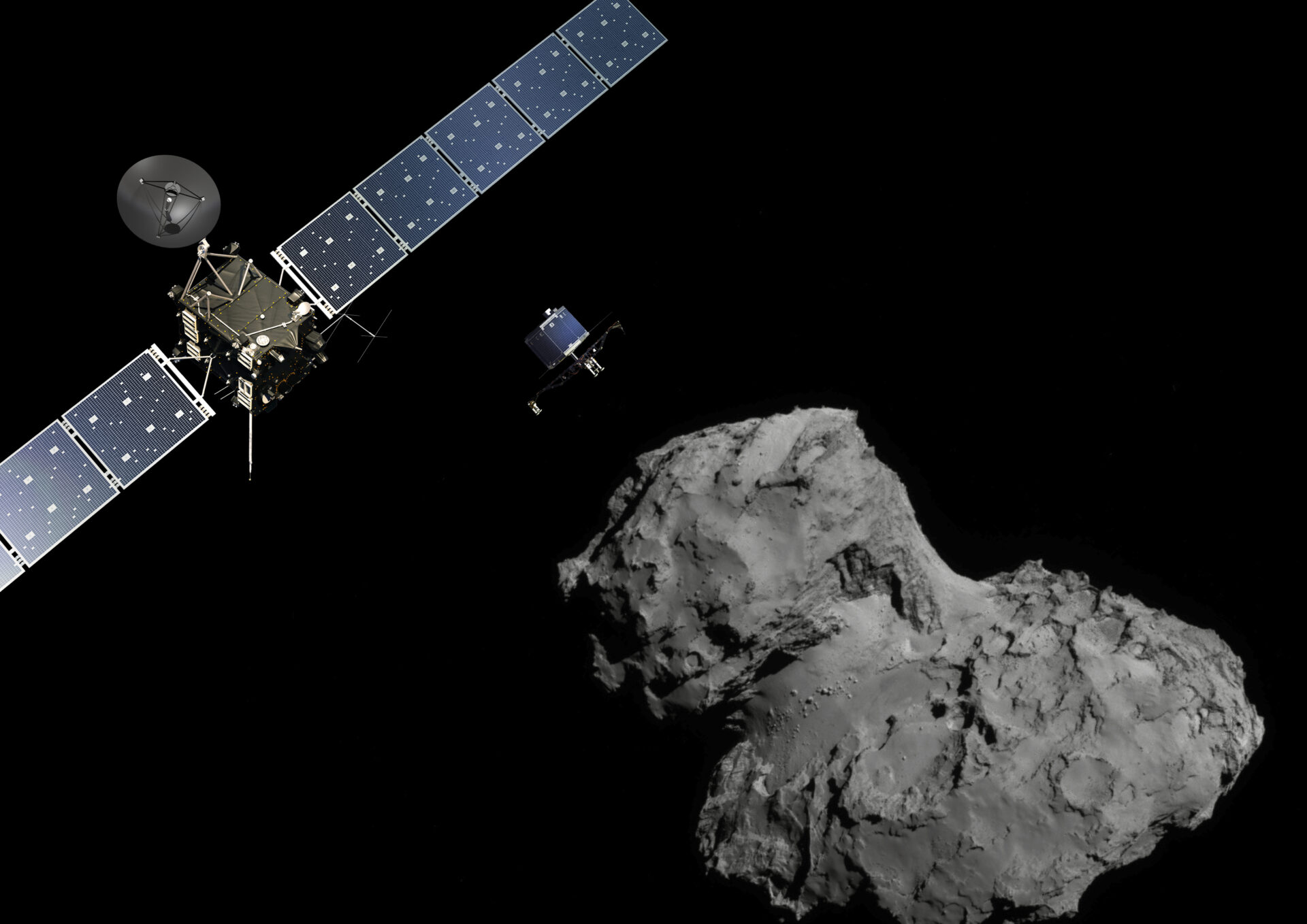