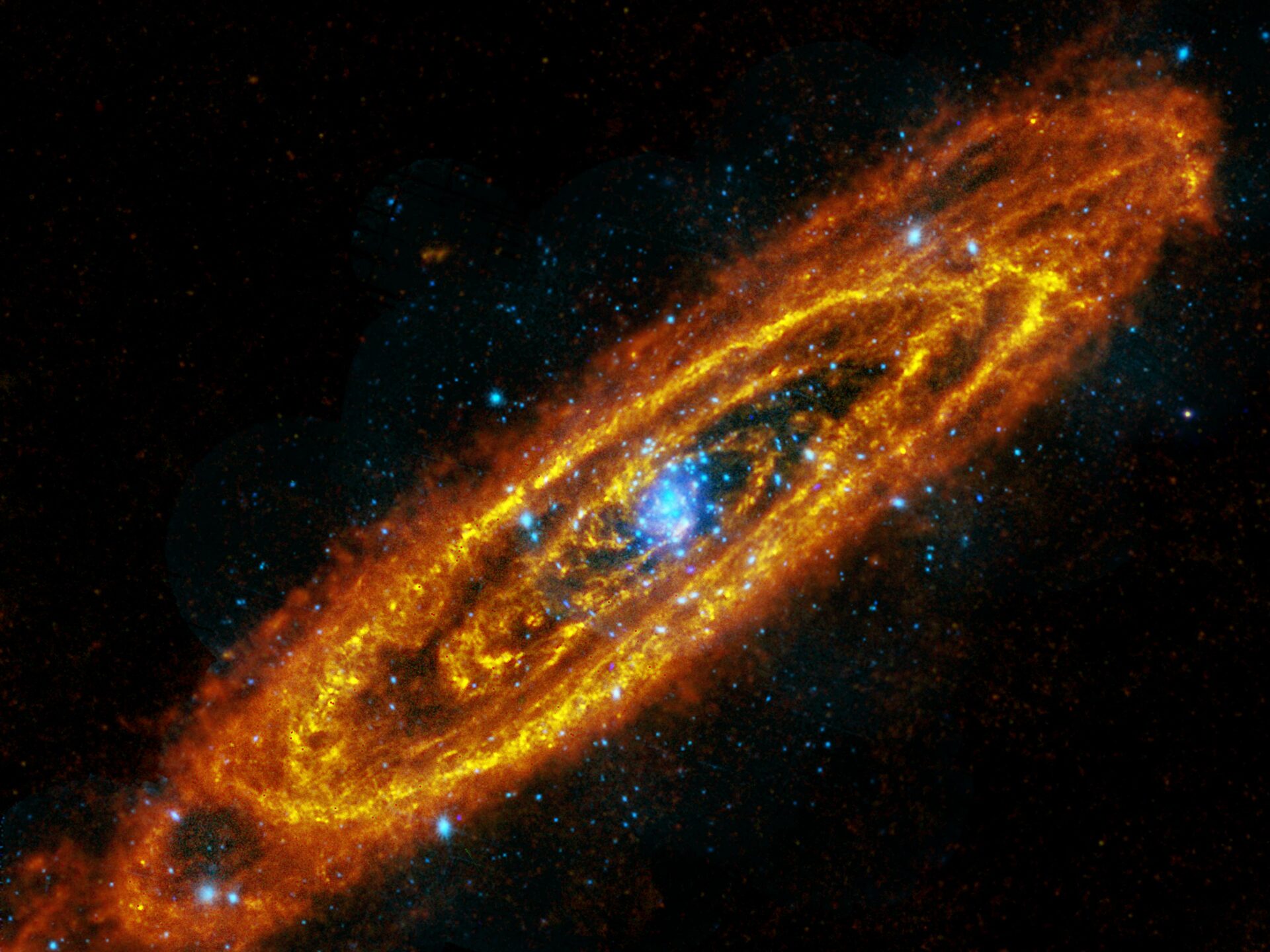 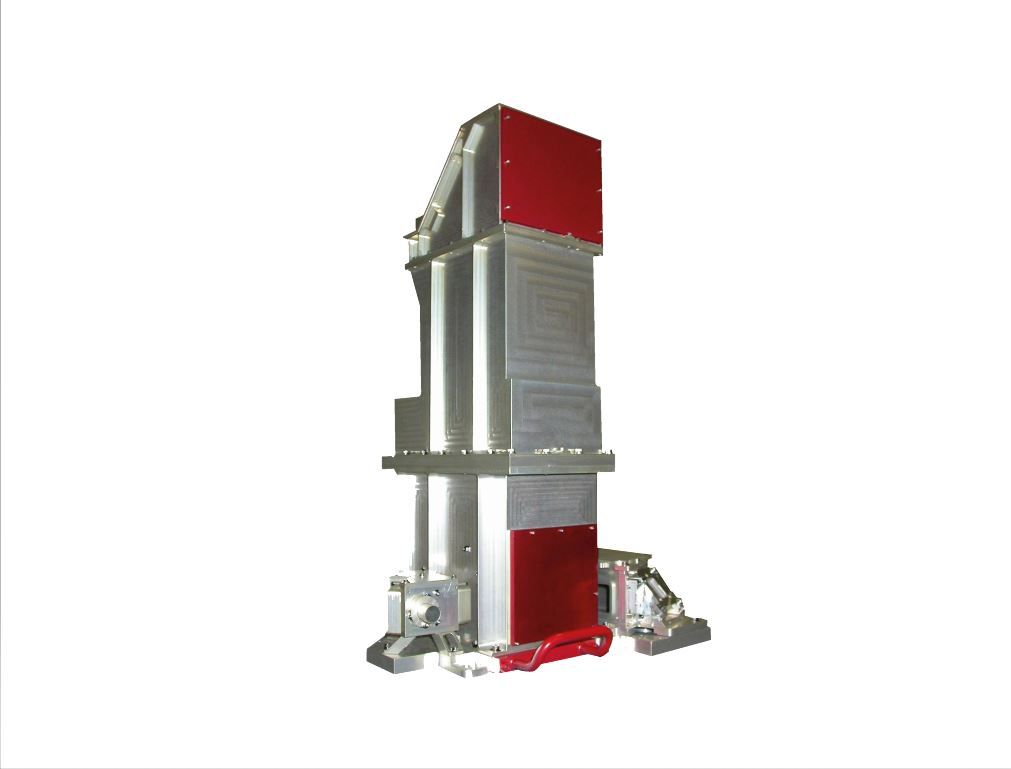 The IOC is part of the MIRI Optical Bench Assembly, which will be flown on the MIRI instrument on board of the James Webb Space Telescope mission (the follow-up of the Hubble telescope). The IOC is designed to pick-off the MIRI field of view (FOV) from the JWST Fine Steering Mirror and to relay the relevant parts of this FOV into the spectrometer and into Imager sub-systems. The IOC is thus the opto-mechanical relay structure that distributes the incoming light to the different science instruments. The IOC is operated at about 8K.
OIP, as a subcontractor to Centre Spatial de Liège (CSL) [B], was responsible for the design and development of the IOC structure. Project was funded by ESA/PRODEX.

The James Webb Space Telescope (JWST) is a very large, infrared space telescope that will be launched in 2021. It results from a collaboration between NASA and ESA. With its very large mirror of 6.5m in diameter it will be the successor of the Hubble Space Telescope (HST).

JWST’s optical design is a three-mirror anastigmat (TMA) which makes use of curved secondary and tertiary mirrors to deliver images that are free of optical aberrations over a wide field. JWST will carry four science instruments, from which the Mid-Infrared Instrument (MIRI) is one. The others are NIRspec, NIRCam and FGS/NIRISS.

Working essentially in the infrared it will observe the early phases of the formation of galaxies and stars. 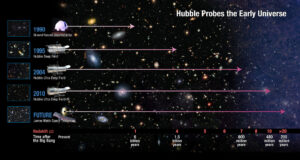 MIRI is the mid-infrared instrument onboard JWST, that provides imaging, coronagraphy and integral field spectroscopy over the 5-28 micron wavelength range.

To allow mid-infrared observations within the JWST, the MIRI instrument has an additional cooling system. It works roughly similar to how most refrigerators or an air-conditioner works: a fluid is brought down to a cold temperature in the warm section, and sent back to the cold section where it absorbs heat, then it goes back to the condenser.

The Belgian contributions to MIRI are the Input Optics and Calibration Unit (IOC), the Instrument Control Electronics (ICE) and various optics (mirrors and prisms) for the French Imager (MIRIM).

The Input-Optics and Calibration Unit (IOC) is part of the MIRI Optical Bench Assembly, which will be flown on the MIRI instrument.

The IOC is designed to pick-off the MIRI field of view (FOV) from the JWST Fine Steering Mirror and to relay the relevant parts of this FOV into the spectrometer and into Imager sub-systems.

The IOC is thus the opto-mechanical relay structure that distributes the incoming light to the different science instruments. The IOC is operated at about 8K.

Relay optics of a time machine

The IOC needs to relay the incoming light, coming from the large pick-off mirror and it to the different science instruments. 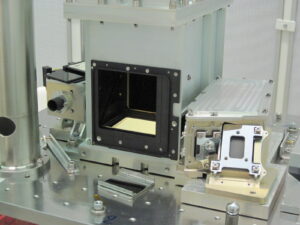 Inspired by the success of the Hubble Space Telescope, NASA, ESA and the Canadian Space Agency (CSA) have collaborated since 1996 on the design and construction of a scientifically worthy successor. Due to be launched in 2021, the James Webb Space Telescope is expected to have as profound and far-reaching an impact on astrophysics as did its famous predecessor.

The primary aim is to examine the first light in the Universe – those objects which formed shortly after the Big Bang and thus understand the formation of galaxies, stars, planets, and ultimately life. Further aims include: looking at how galaxies form and evolve, studying the birth of stars and planets, looking at our own Solar System, and studying the properties of exoplanets.

JWST will be launched on an Ariane 5 ECA rocket. After travelling on a transfer trajectory, the observatory will operate approximately 1.5 million kilometres from the Earth, in an orbit around the second Lagrange point of the Sun-Earth system, L2. With the aid of a tennis-court-sized deployable sunshield the 6.5-m JWST telescope will be kept in perpetual shadow. This allows the telescope and the instruments to cool to the extremely low temperature of -233 °C (40K) required to keep the instrument’s own infrared emission from overwhelming the signals from the astronomical targets.

OIP, as a subcontractor to Centre Spatial de Liège (CSL, B), was responsible for the mechanical design, manufacturing and AIV of the IOC during phase C/D. The starting point of the OIP activities was the STM design (made by the university of Leicester (UK) in cooperation with CSL), which had to be made “manufacturable”, compatible with space environment and with the latest mirror design.

The STM design was upgraded into first a Verification Model (VM), for interface checks, later on into an Engineering Test Model (ETM) for qualification testing and finally a (proto-) Flight Model (pFM). OIP was not responsible for the mirror design and development (AMOS/CSL).

Phase C/D kicked-off in January 2006, finally the proto-flight model (pFM) of MIRI-IOC was ready and delivered to CSL in January 2010.

CSL completed the (environmental) test campaign throughout 2010, to have a successful Delivery Review Board and acceptance in October 2010. MIRI-IOC was delivered from CSL to Rutherford Appleton Laboratories (RAL, UK) in 2011, where the integration into MIRI was completed.

MIRI became the first JWST payload to be delivered to NASA’s Goddard Flight Space Center (GSFC) on May 9th, 2012.
All 4 science instruments have been integrated in the Integrated Science Instruments Module (ISIM) and completed environmental testing. Currently the ‘telescope’ is made ready for flight. Launch is scheduled in 2021.

Note: The JWST project was suffering from huge budget/cost overruns. In the end, president Obama granted the full budget to the JWST project, aiming for a launch in 2018 (→2021). This decision had direct implications for NASA’s participation in the Exomars programme. The NASA participation was cancelled and the Exomars consortium needed to be restructured.

MIRI is being developed as a partnership between Europe and the USA. The main partners are ESA, an European Consortium of nationally funded European institutes, the Jet Propulsion Laboratory (JPL) and NASA’s Goddard Space Flight Center (GSFC).

In Belgium, the Centre Spatial de Liege (CSL, B) led the built of the instrument control electronics (ICE) box, the Double Prism, the Phase Mask and the Interface Optics and Calibration (IOC) unit.

OIP , as a subcontractor to CSL, was responsible for the design and development of the IOC structure.
The project was funded by the Belgian Federal Science Policy Office BELSPO through the ESA/PRODEX programme. 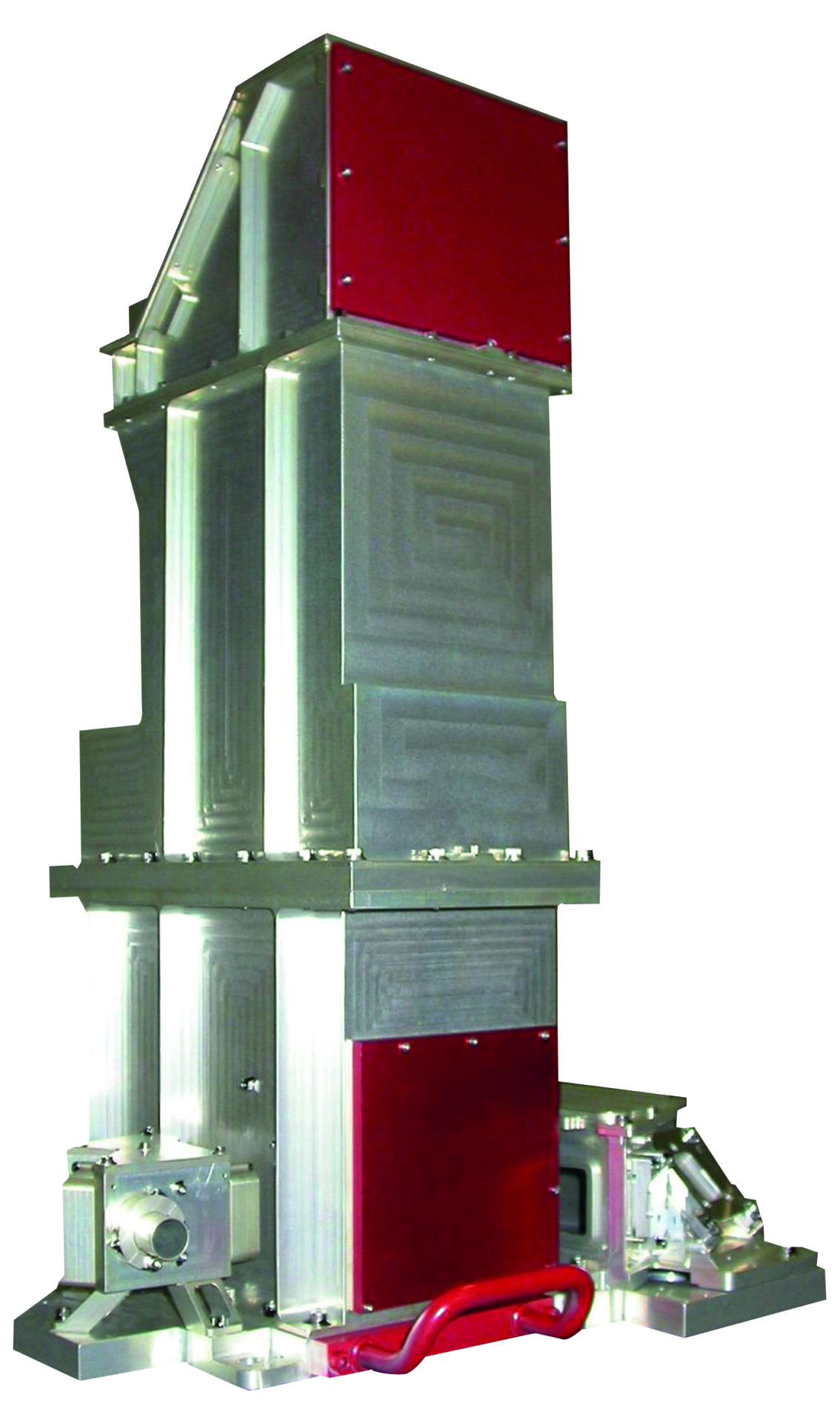 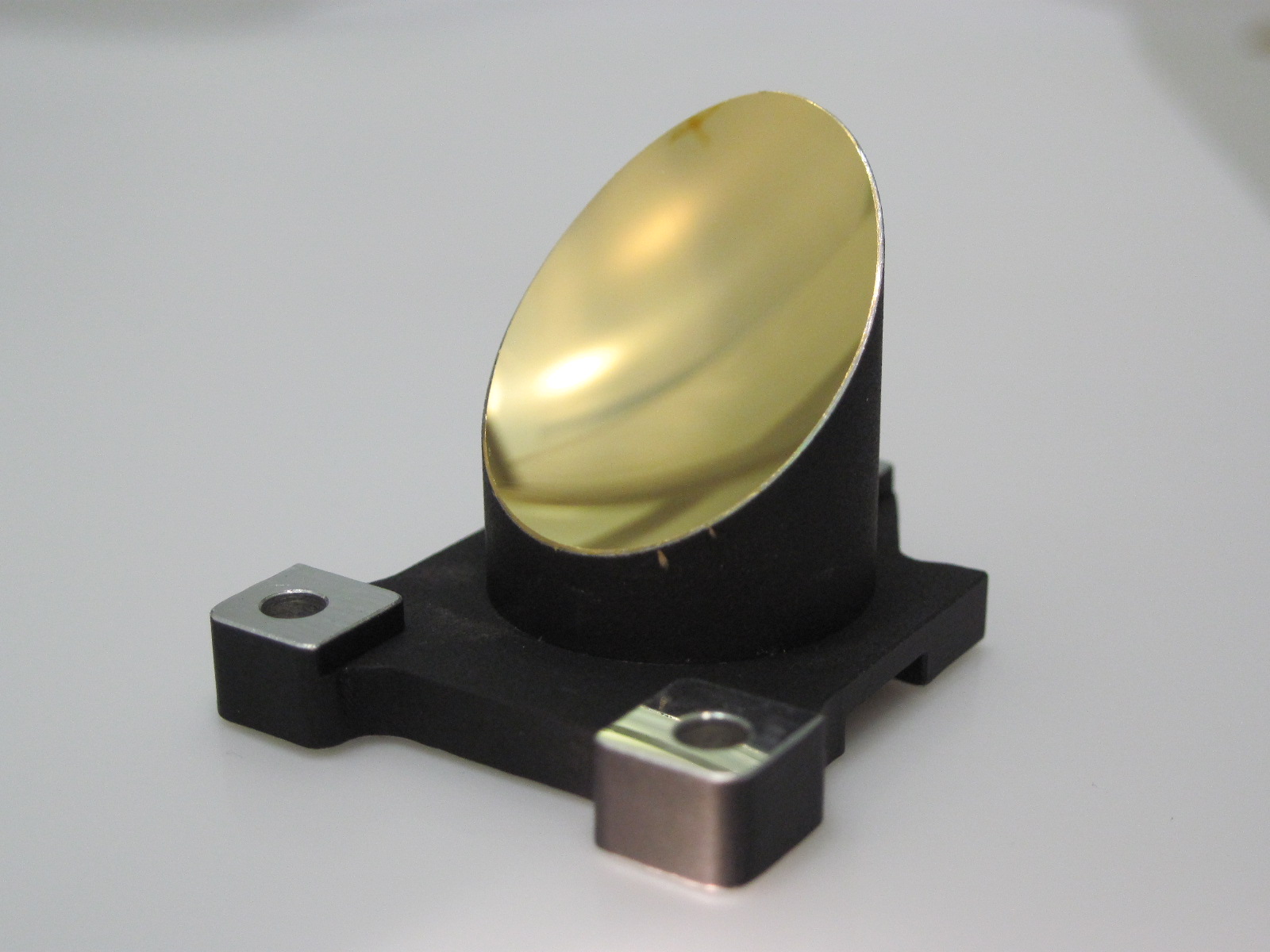 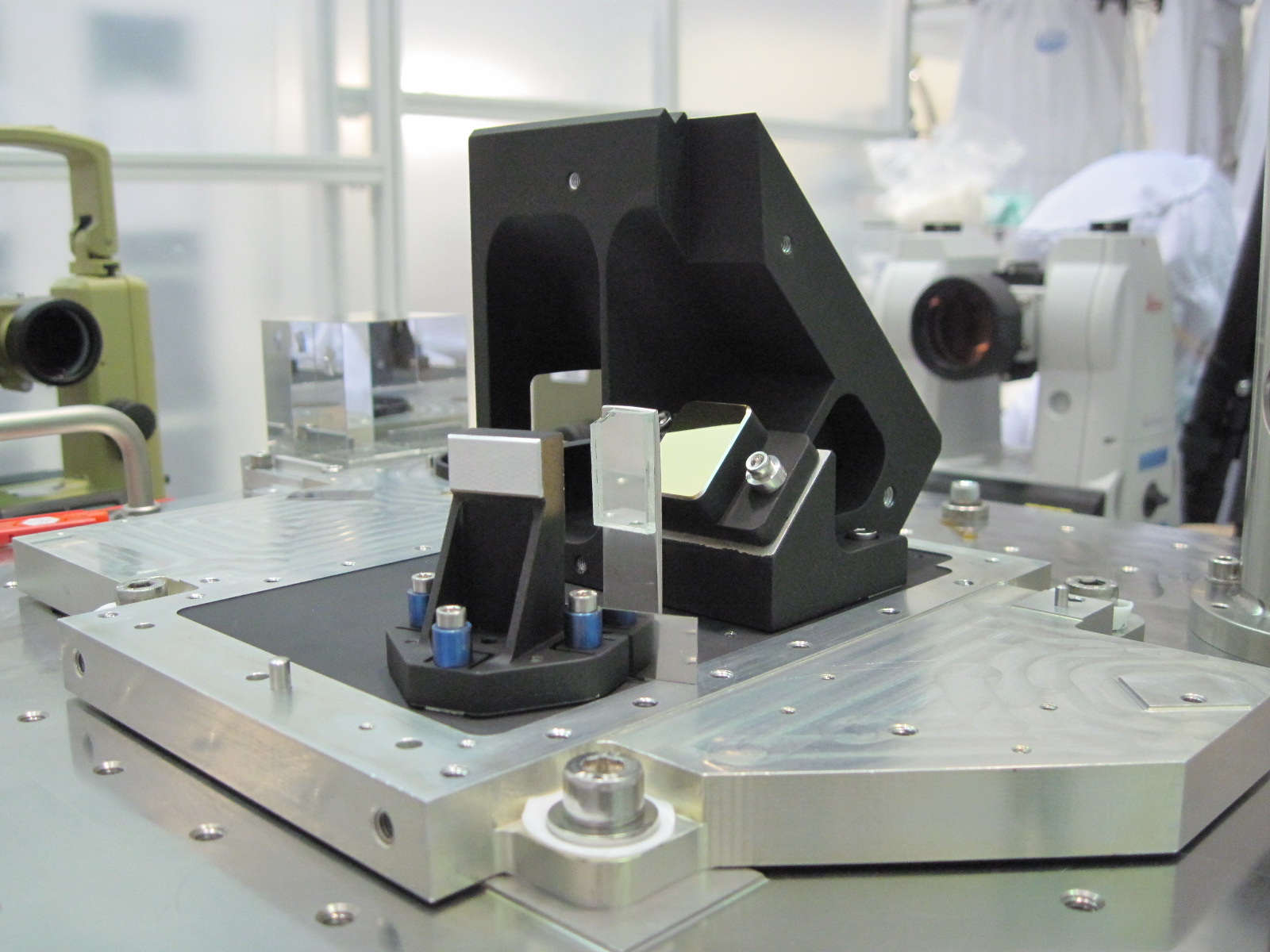 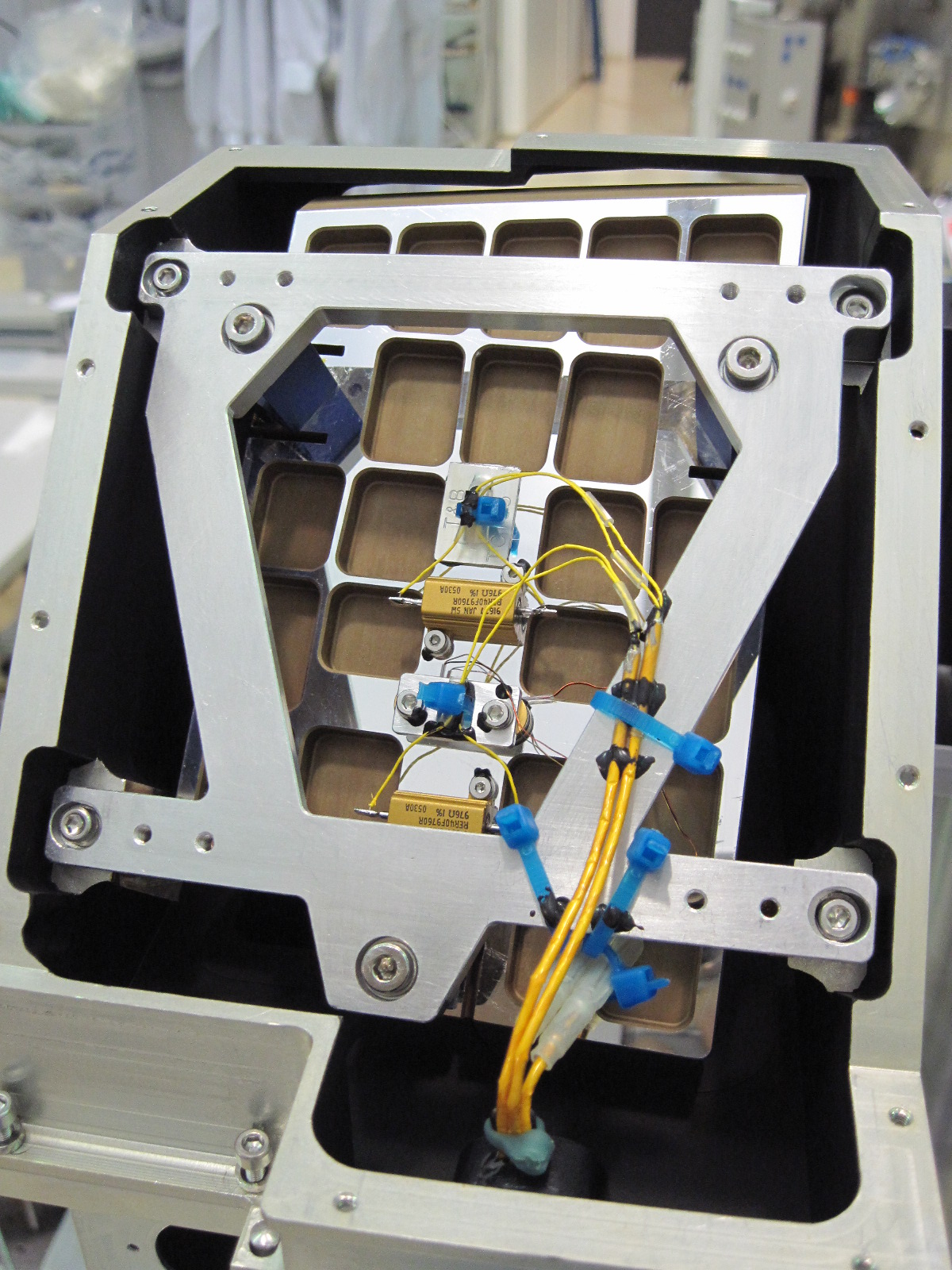 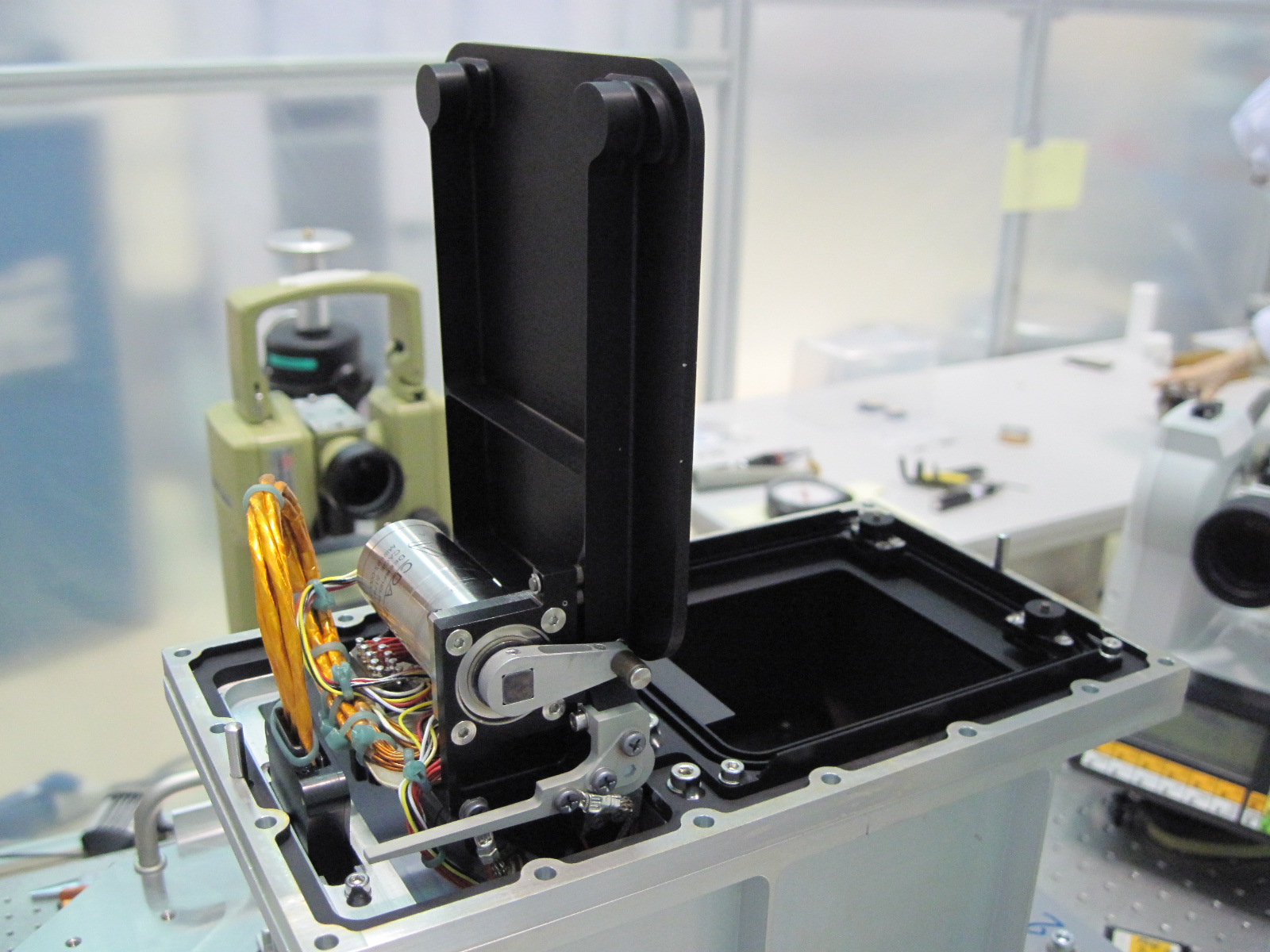 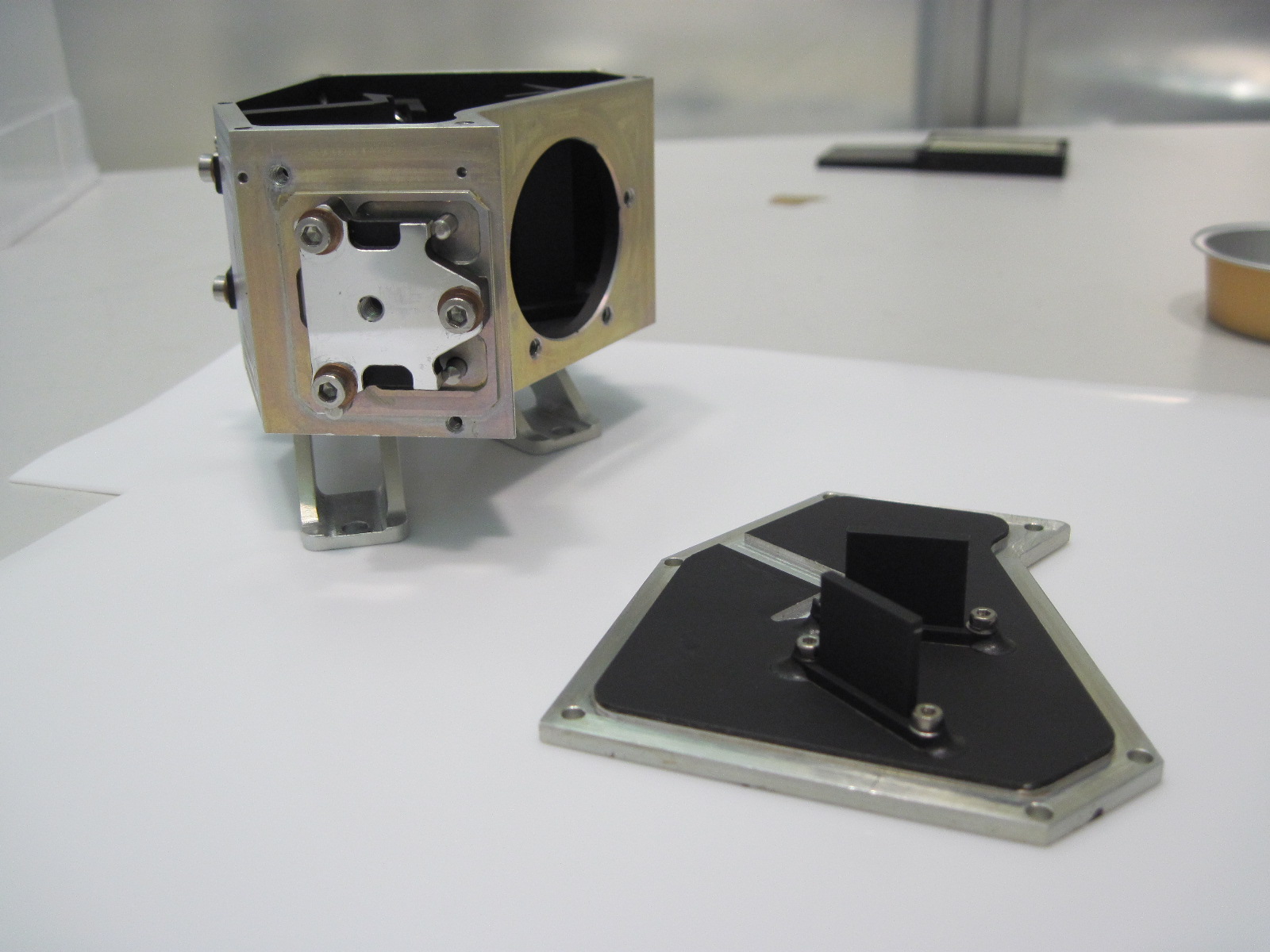 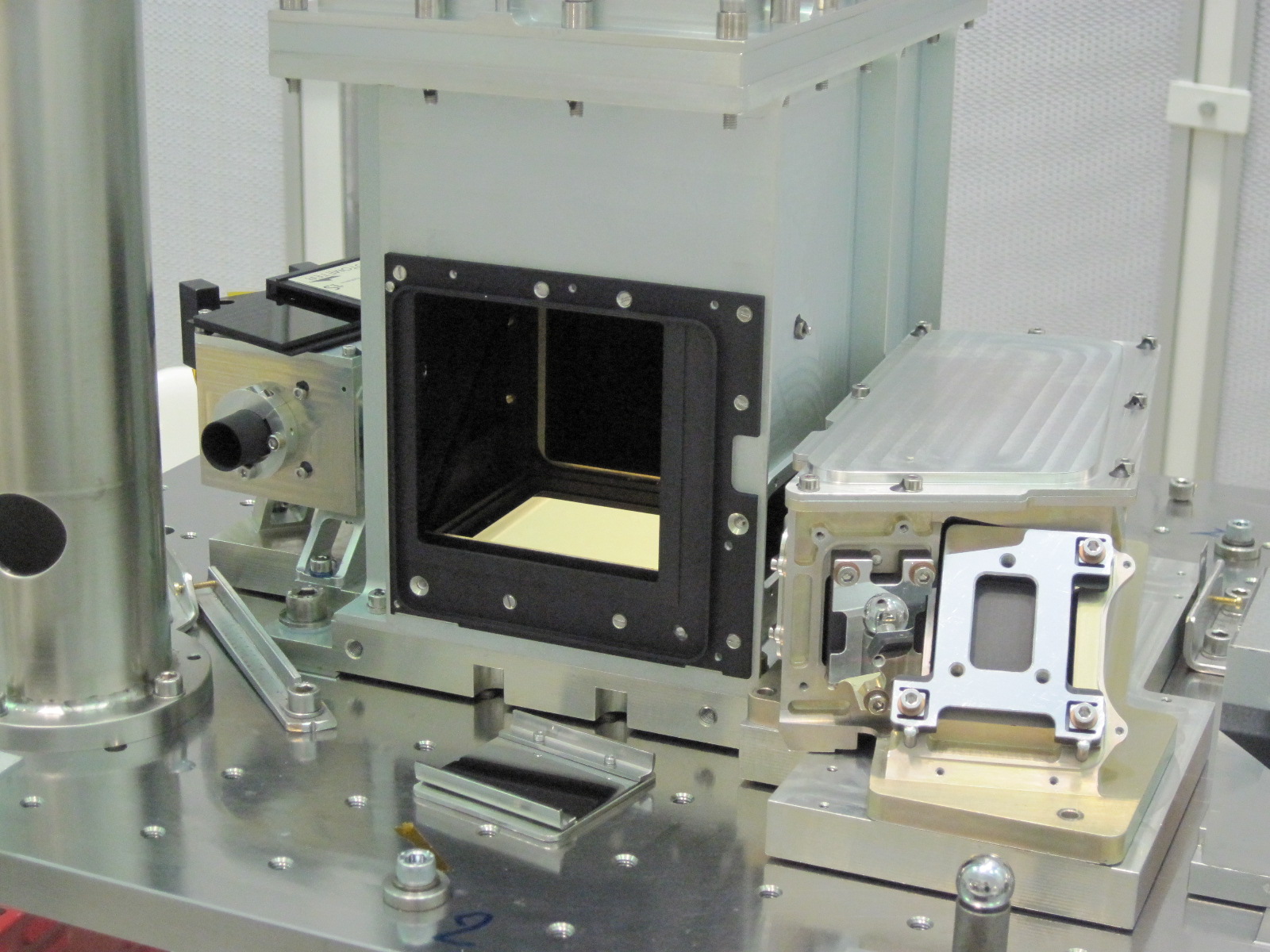 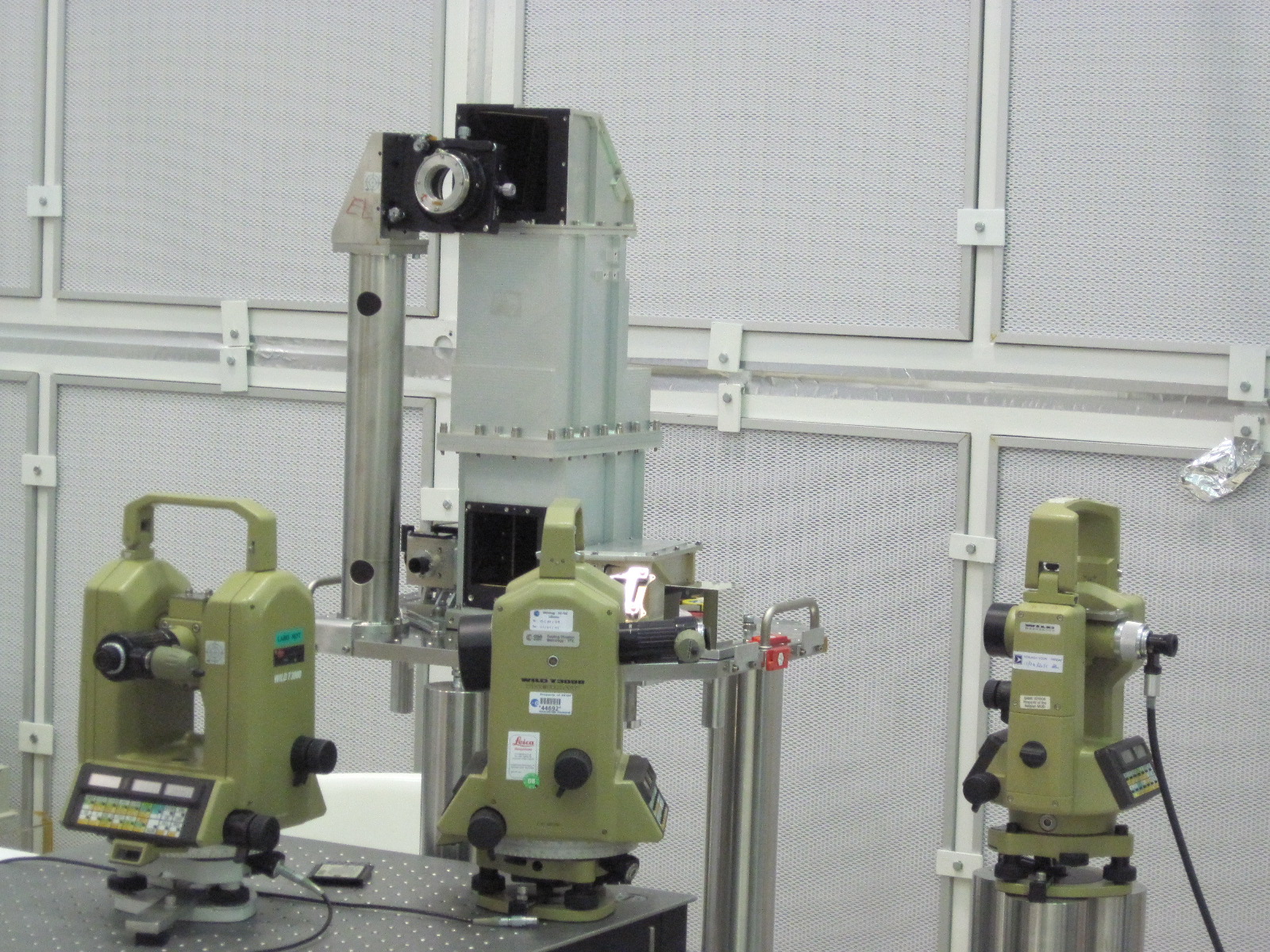 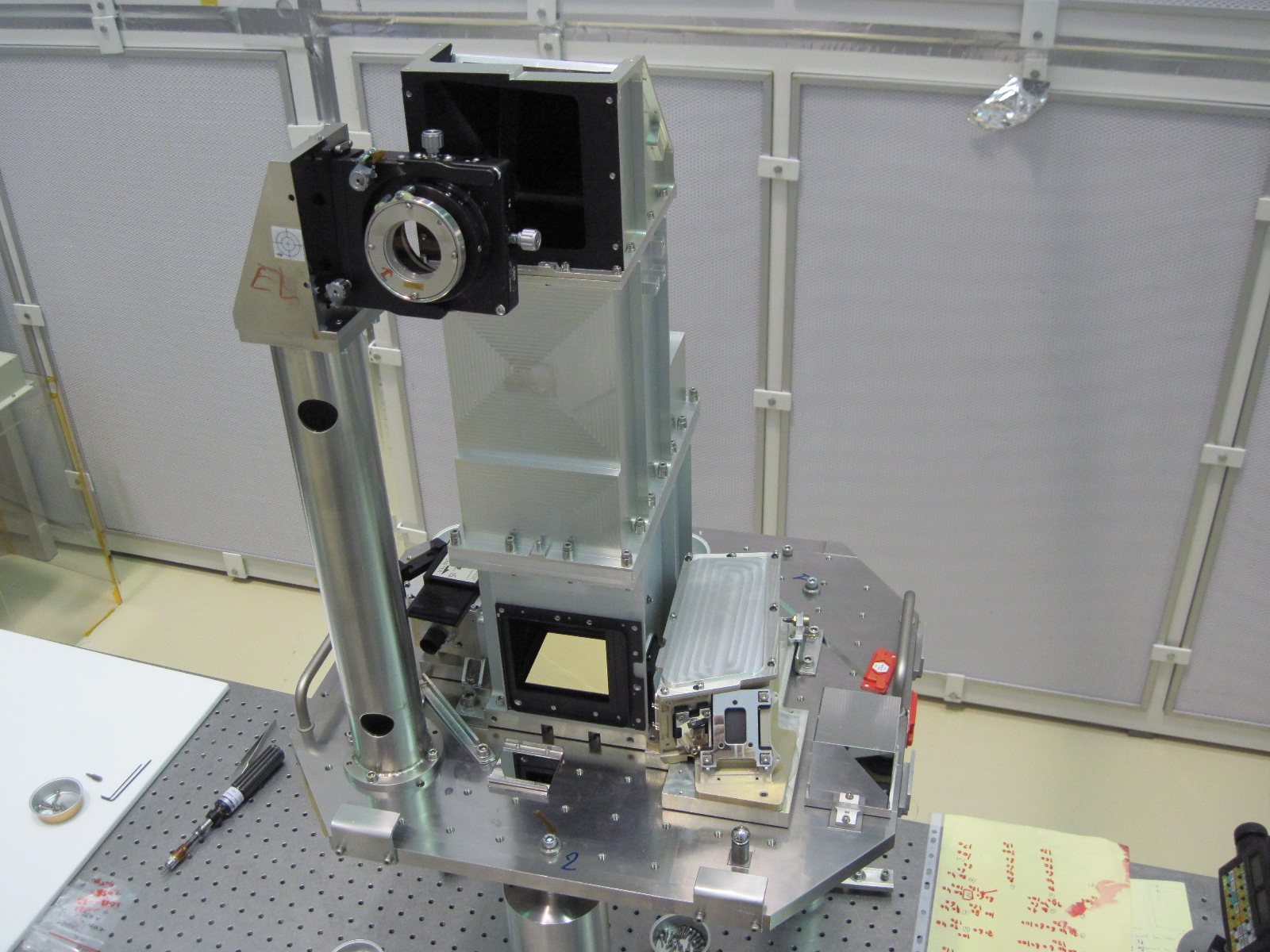 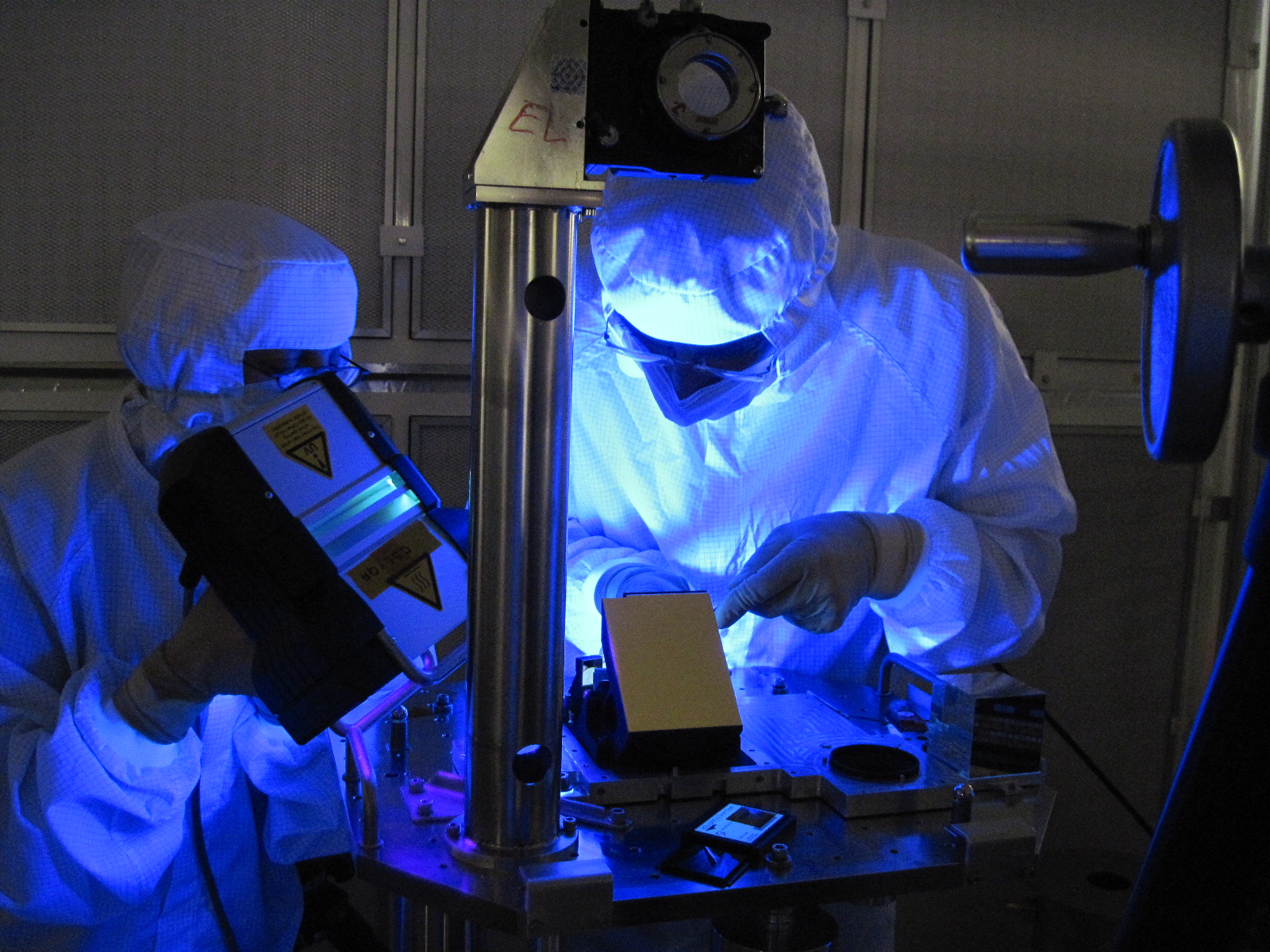 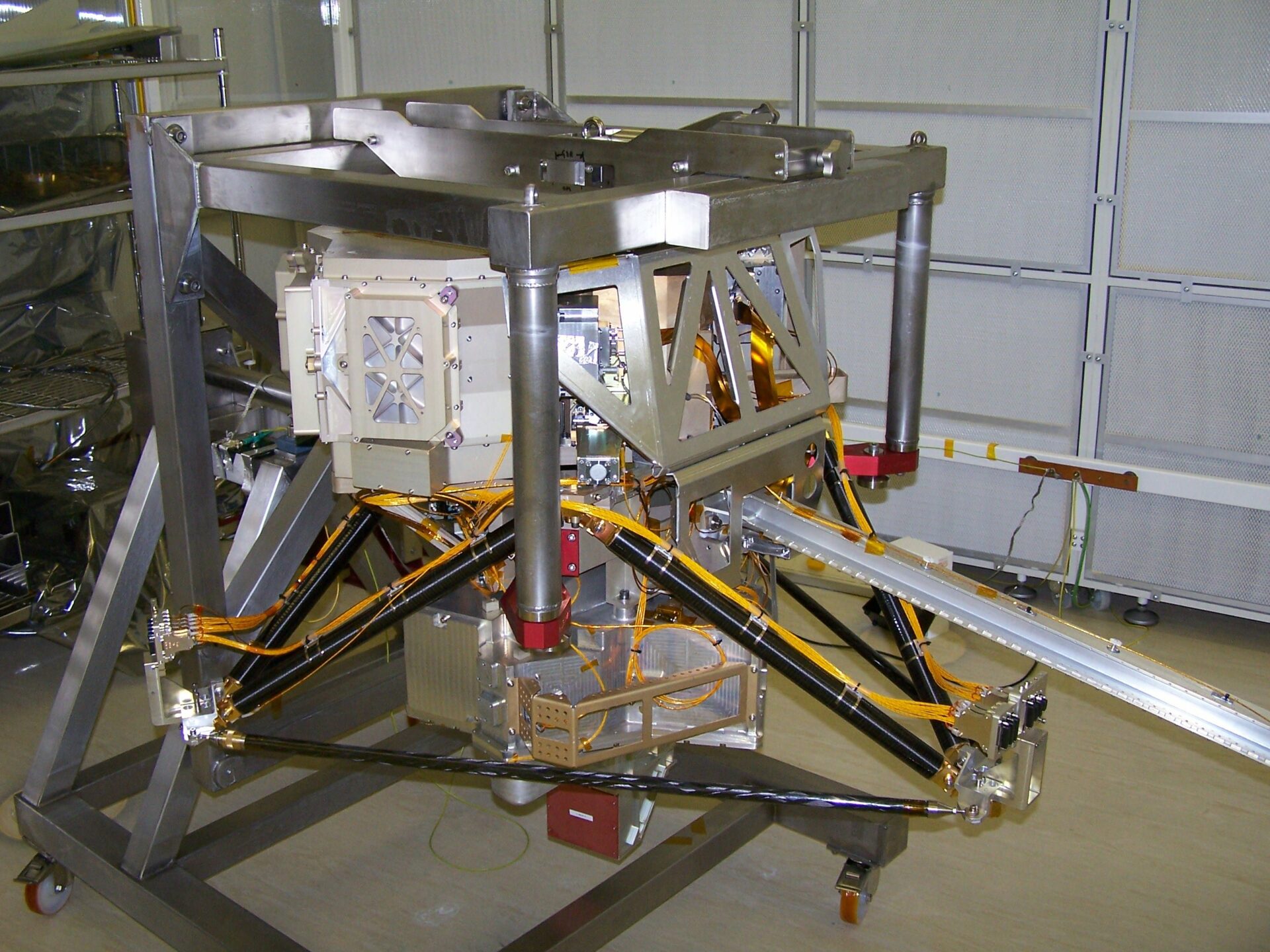 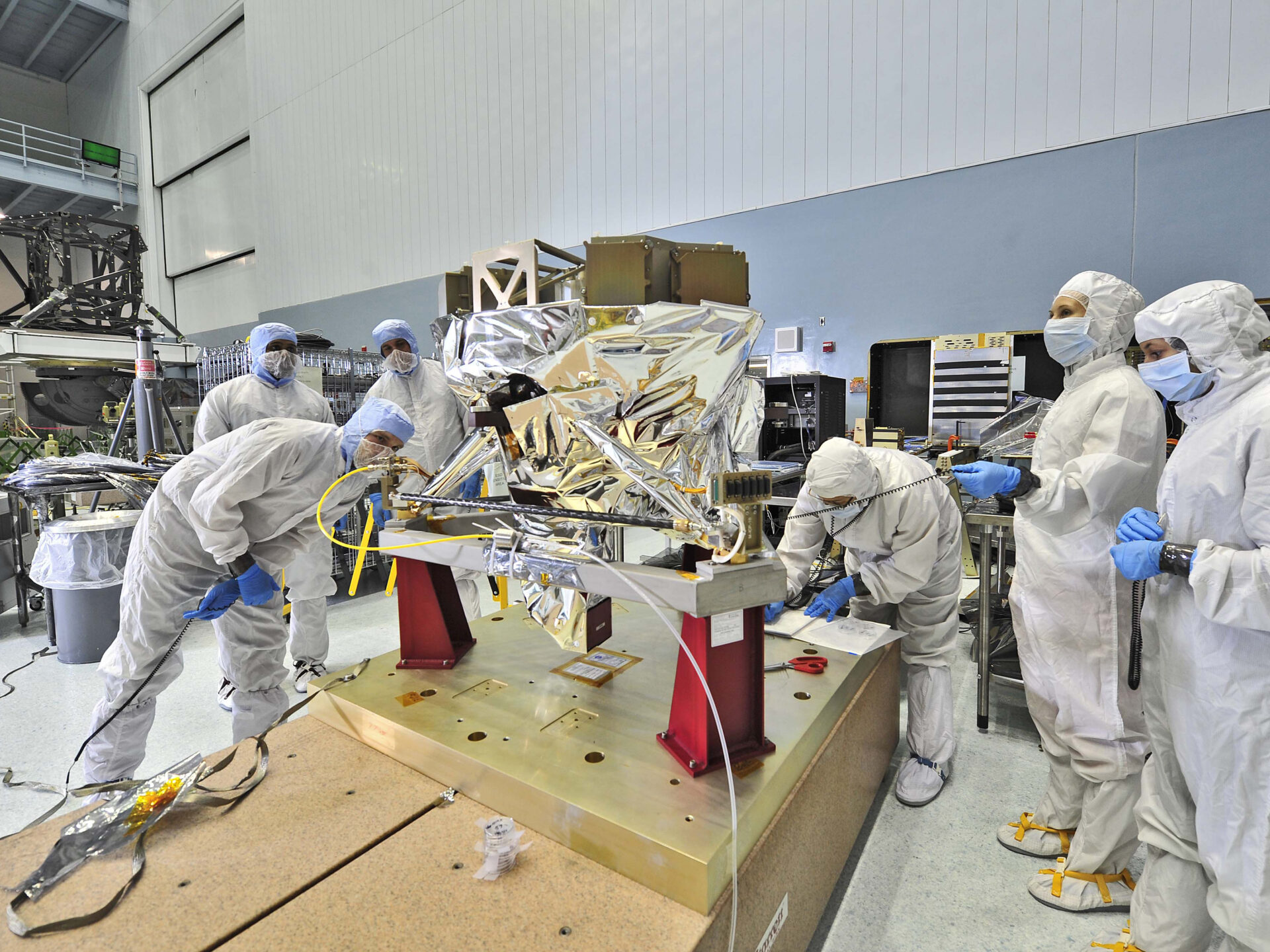 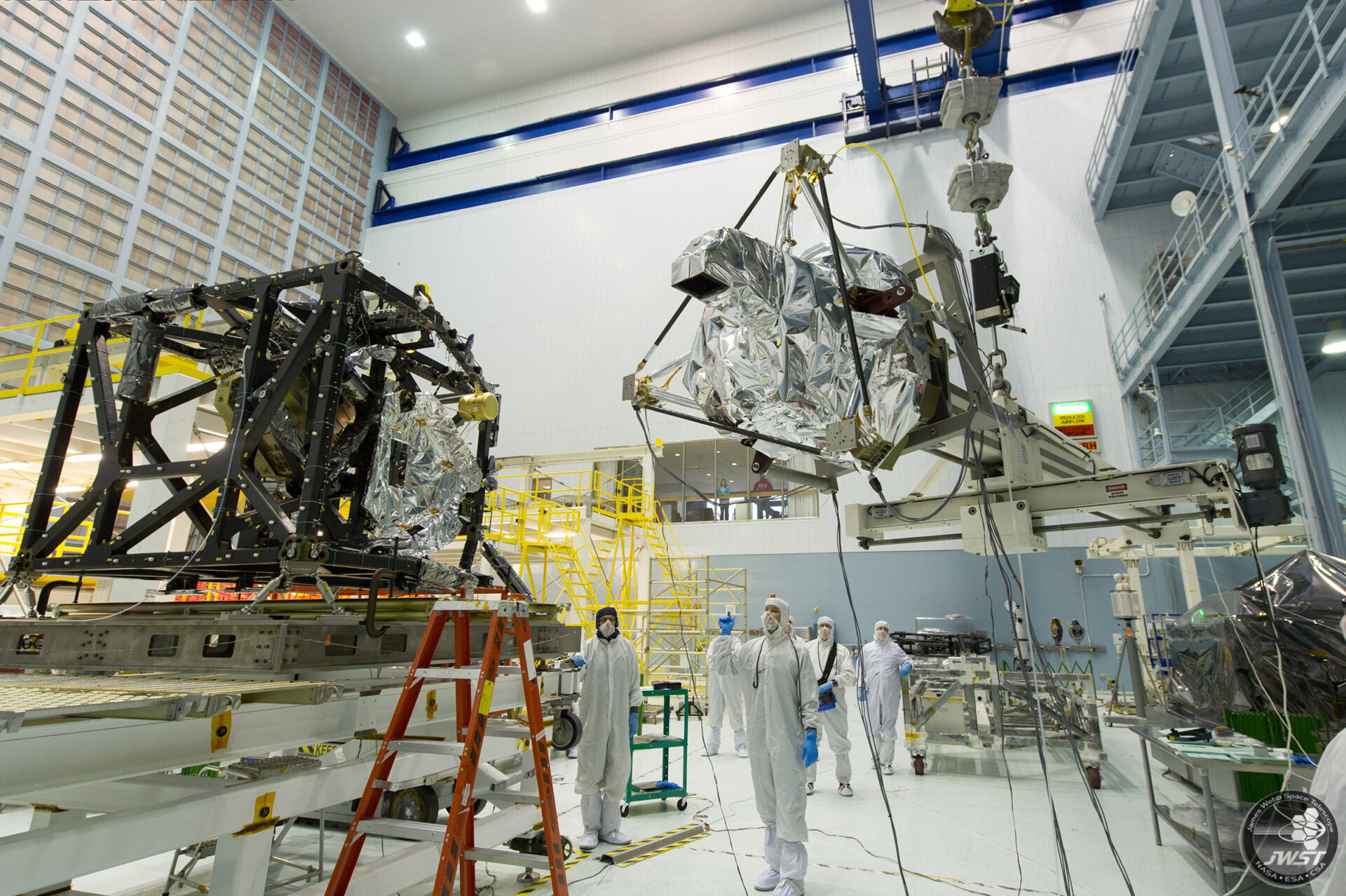 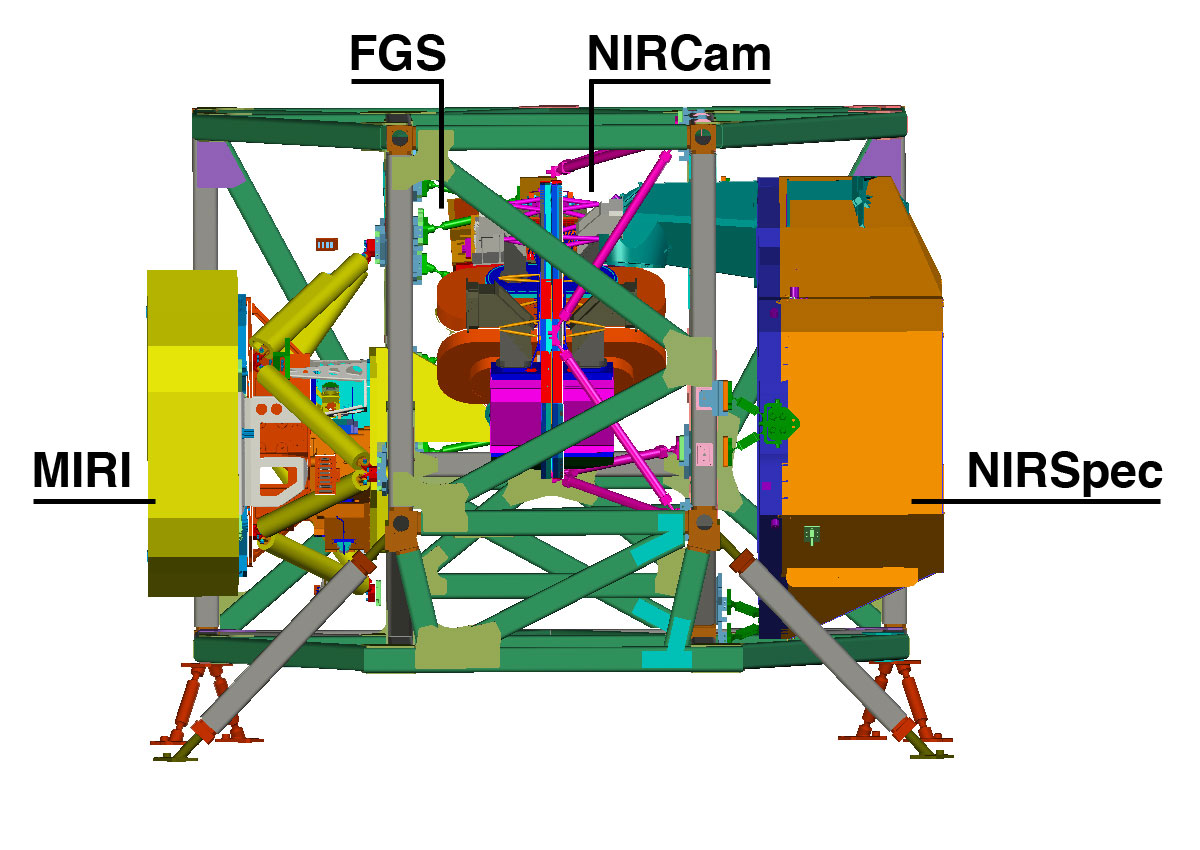 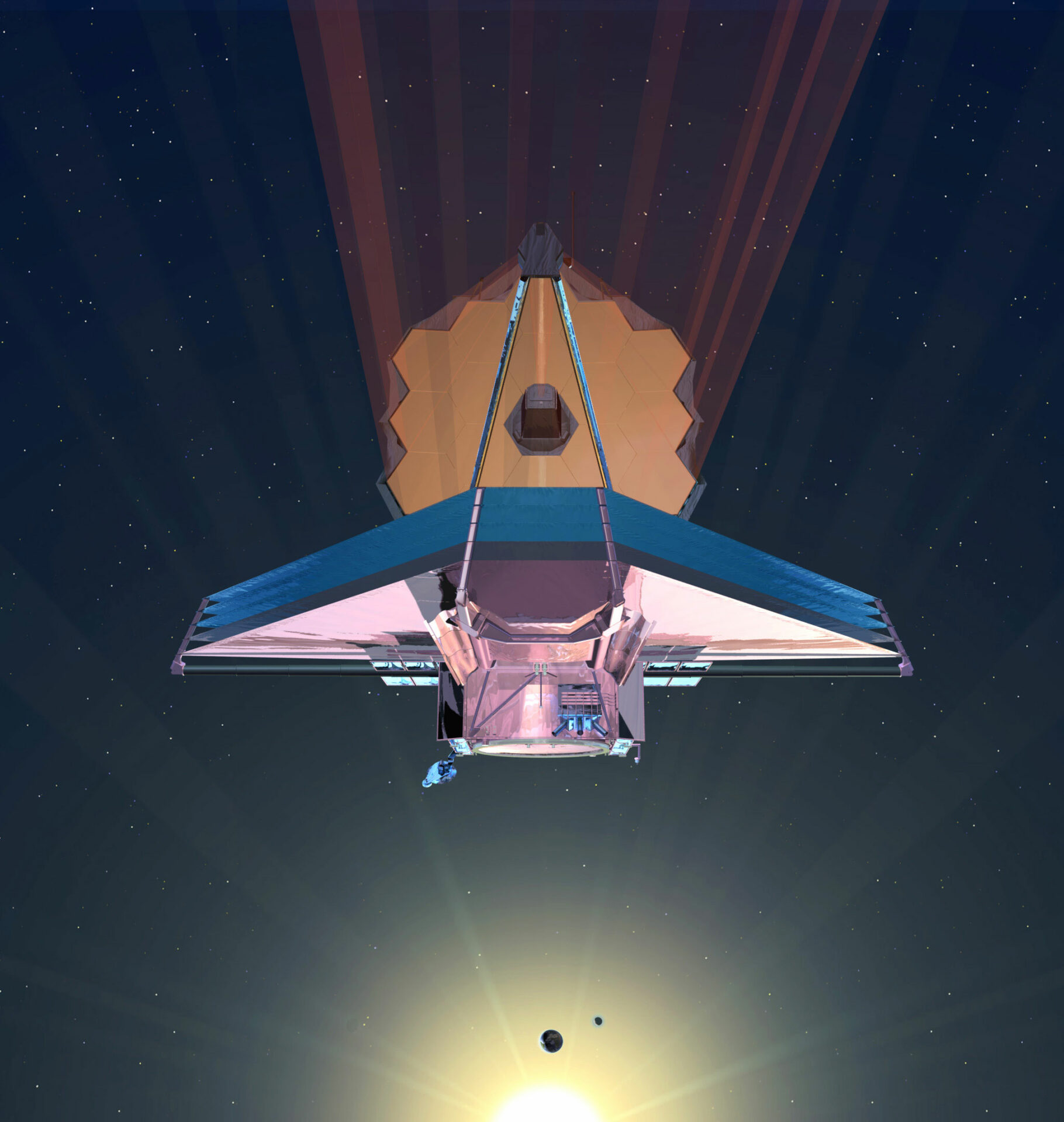 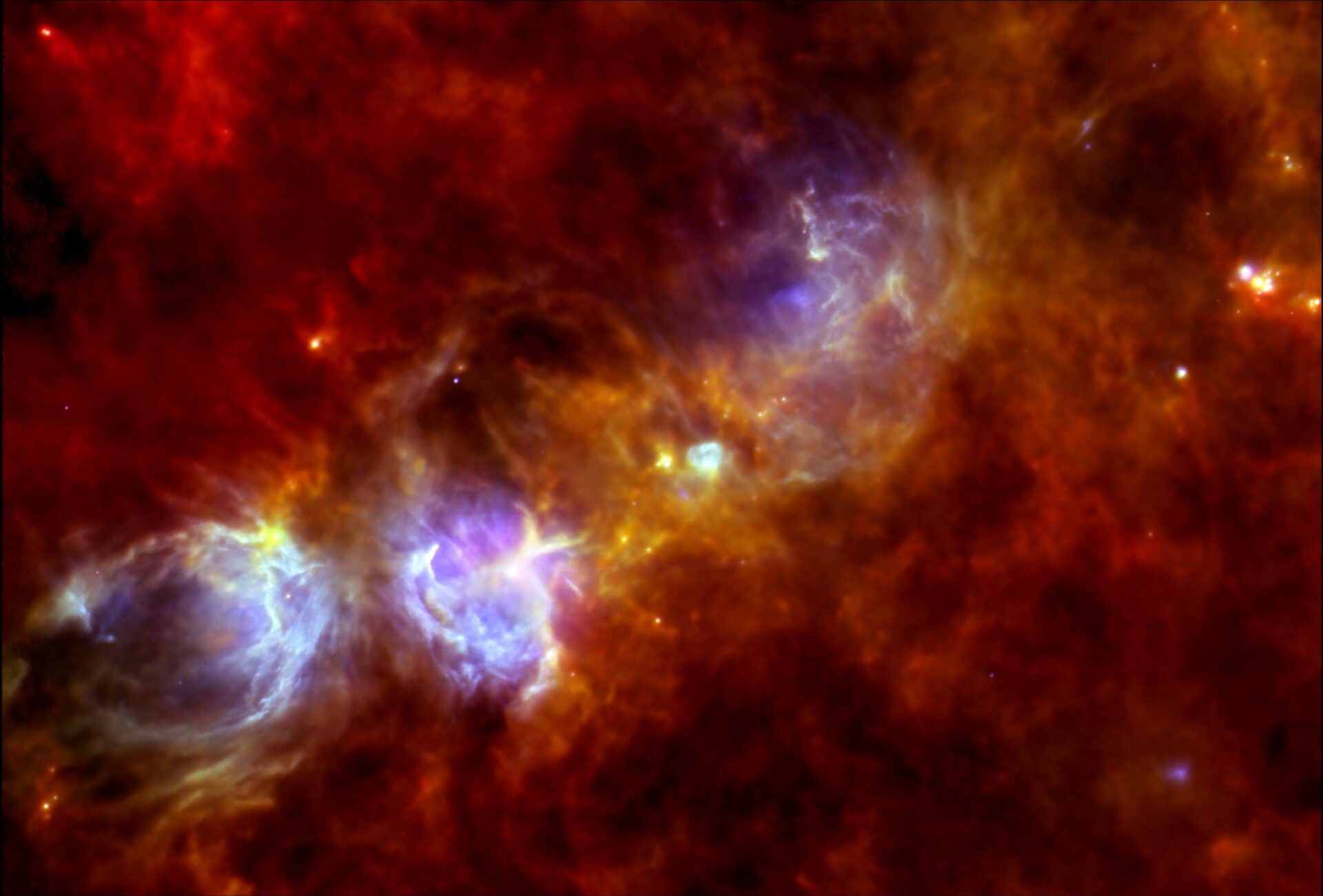 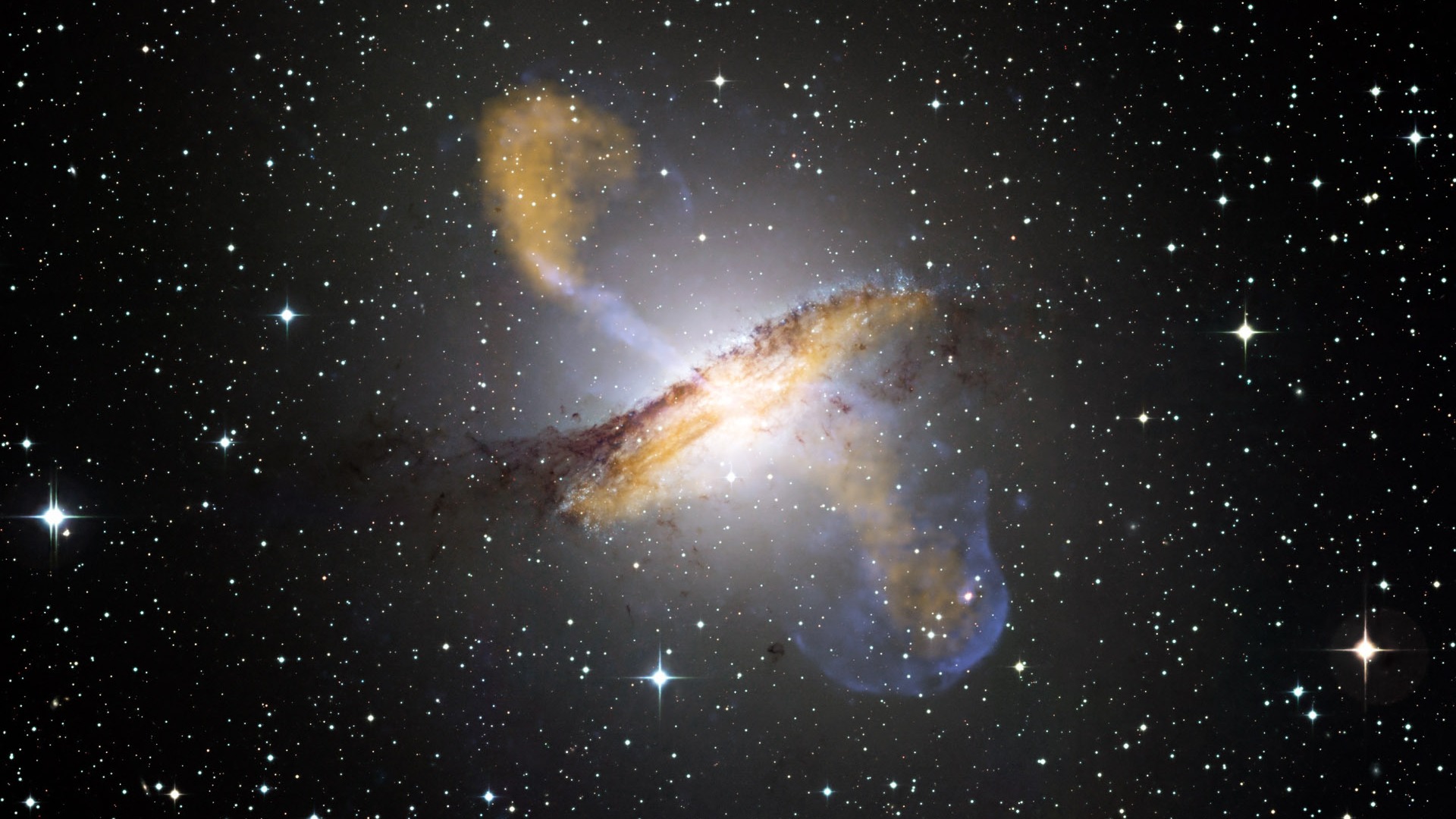 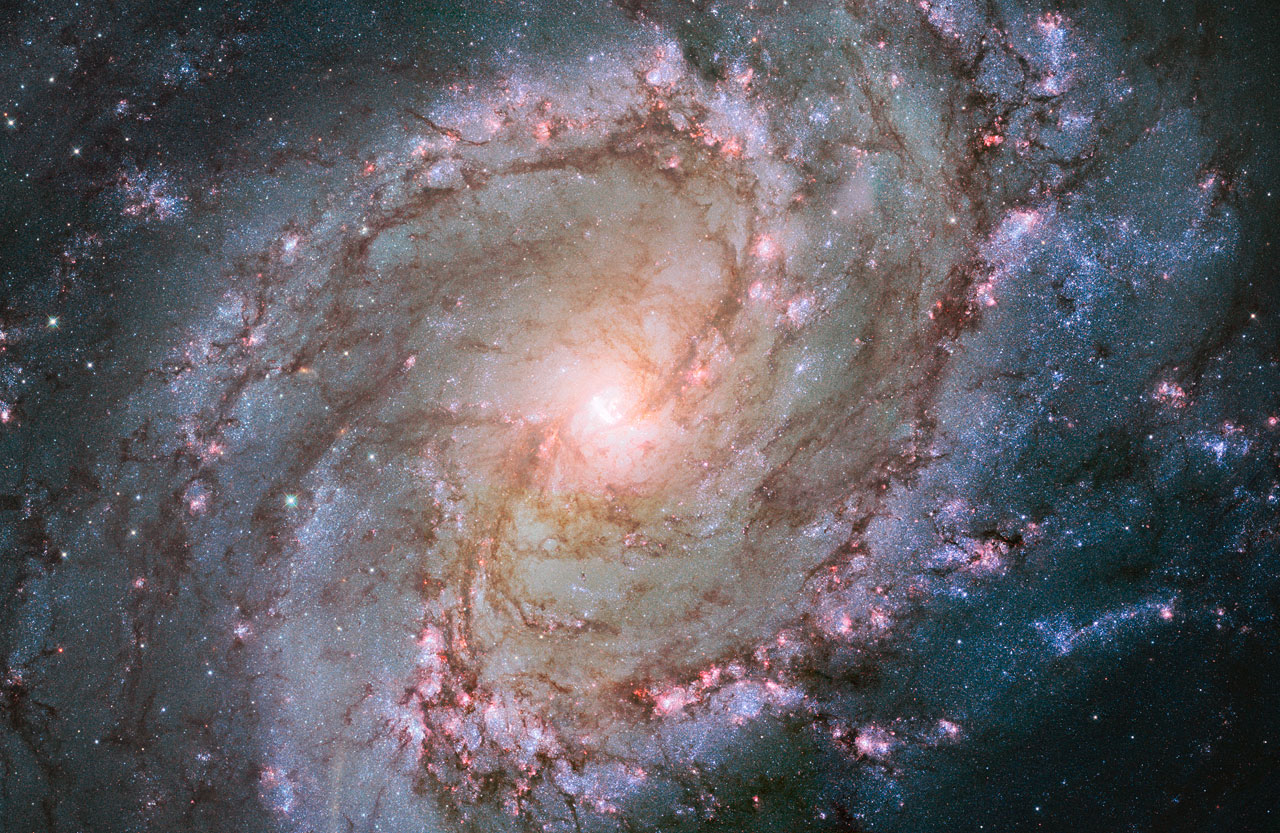