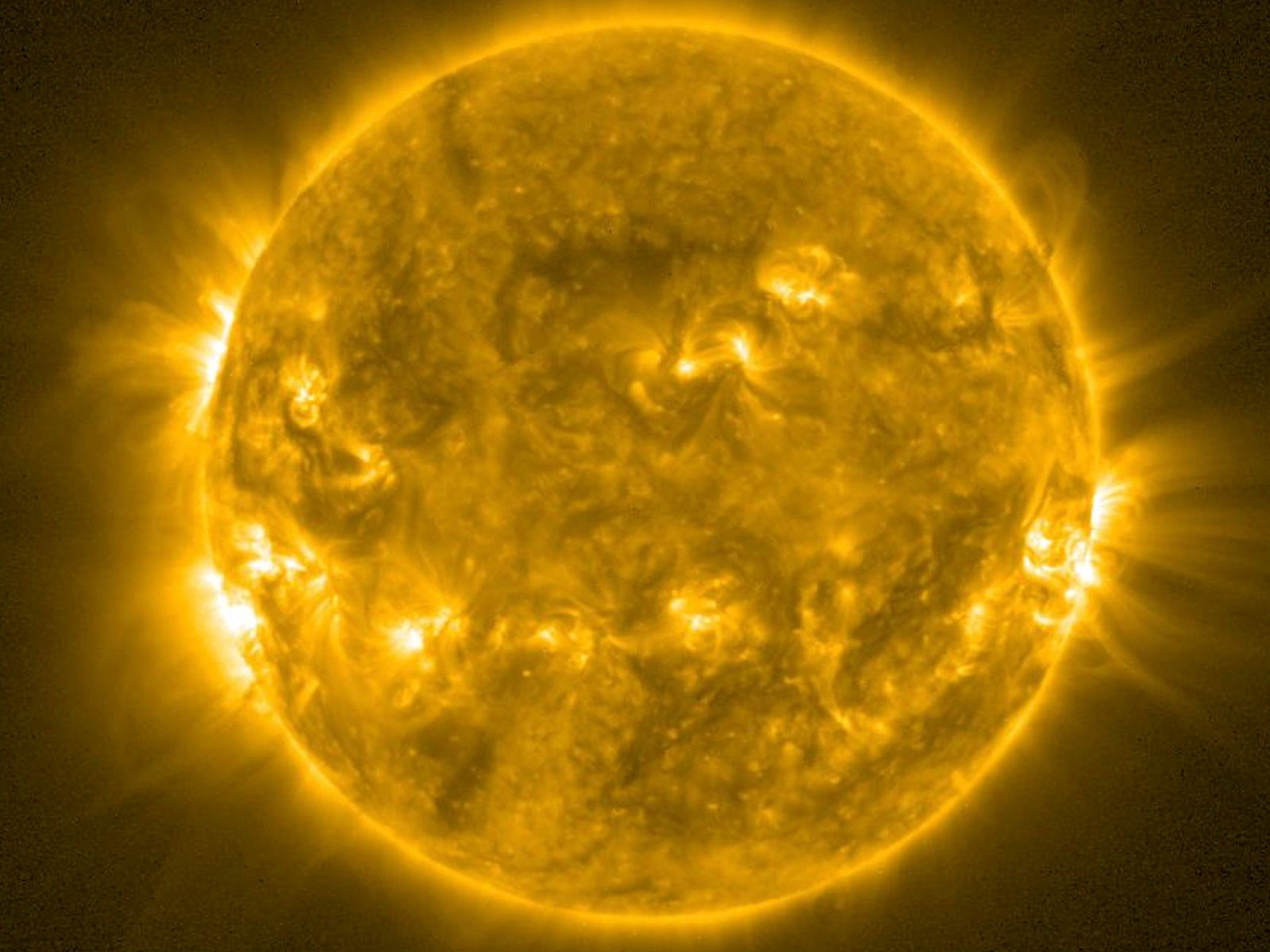 SWAP (Sun Watcher using Active Pixel System detector and image Processing) is an Extreme UV telescope. This telescope is designed by Centre Spatial de Liège (CSL, B) on behalf of ESA. SWAP takes pictures of the sun every minute to help identifying disturbance sources that affect the space weather and the Sun-Earth relationships.

OIP, as a subcontractor to CSL, was responsible for the design and development of the Focal Plane Assembly, as part of the SWAP instrument. The SWAP-FPA was successfully flown on ESA’s Proba-2 mission (launch 2009) and is still operational.
The project was funded by ESA/PRODEX.

SWAP is an extreme-ultraviolet (EUV) telescope, flown onboard PROBA-2 and which builds upon the heritage of the Extreme ultraviolet Imaging Telescope (EIT) carried by the SOHO spacecraft.

The instrument’s objective is to image the solar corona at a temperature of around one million degrees. It will continue the systematic coronal mass ejection watch program with an improved image sampling rate of one image every minute. The images taken by SWAP will help identifying disturbance sources that affect the space weather and the Sun-Earth relationships. The SWAP continuously “watches” the sun becoming thus a space-based sunwatcher. 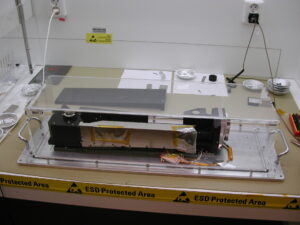 The SWAP telescope is designed by Centre Spatial de Liège (CSL, Liège, B) and contains the Focal Plane Assembly (FPA).

The Focal Plane Assembly (FPA) is a subunit of SWAP that provides adequate accommodation for the detector and its proximity electronics. This subunit was developed by OIP, the electronics by Deltatec (Liège, B).

The FPA includes besides the proximity electronics required to readout the sensor, a set of calibration lamps and a radiator viewing cold space to cool the detector through a cold finger. An additional feature is the decontamination heater, which is used periodically to out-gas the condensed layer that builds up on the cold sensor (= bake-out process). Such deposits can absorb EUV radiation and dramatically decrease photon throughput. 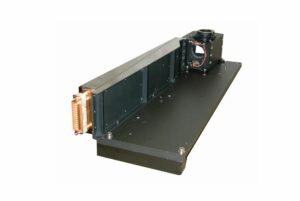 PROBA-2 is the second of ESA’s PRoject for OnBoard Autonomy satellites, developed by QinetiQ Space (Kruibeke, B). It carries four scientific instruments: two particle detectors to monitor the plasma environment of the spacecraft (DSPL and TPMU) and two complementary instruments (SWAP, an extreme-ultraviolet telescope and LYRA, Lyman-Alpha radiator) which monitor solar activity.

PROBA-2 is a 0.6 × 0.6 × 0.8 m³, box-shaped structure with two deployable solar panels and a nominal weight of 130 kilograms. The primary mechanical structure consists of three aluminium honeycomb panels arranged in an H configuration and a bottom panel that acts as the interface to the launch vehicle. Almost all the satellite system units are mounted on these inner panels.

PROBA-2’s mission is to fly – as PROBA-1 – a suite of technology demonstrators. Both platform as passenger demonstrations are carried out. The latter, from which SWAP is part of – are intended to gain flight heritage and experience before committing them to the infrastructure of other missions.

OIP, as a subcontractor to CSL, was responsible for the design and development of the Focal Plane Assembly (FPA), a part of the SWAP instrument that was flown on ESA’s PROBA-2 mission. Also the integration of the electronics, delivered by Deltatec, was performed by OIP. The thermal analyses on the FPA were performed by OIP, leading to a dimensioning of a radiator.

OIP participated in the C and D phase. The Kick-off was held in July 2004. The final acceptance review took place in January 2007.
OIP delivered a Structural & Thermal Model (STM) and a Flight Model (FM).

PROBA-2, one of the smallest satellites ever built by ESA, piggybacked its way into orbit on a Rockot vehicle on 2 November 2009 from the Plesetsk Cosmodrome in northern Russia. The SMOS (Soil Moisture and Ocean Salinity) and PROBA-2 were launched together.

After a successful launch, the SWAP(-FPA) instrument was successfully switched-on 15 days later to check its condition. All fine allowing to grab the first image of the Sun on December 14th, 2009 after the door was opened.

Raw SWAP data are downloaded 8-10 times per day at ESA’s ground station in Redu and transferred to the PROBA-2 Science Center (P2SC) via ftp link. Once received by the P2SC, the data are automatically processed, calibrated, and prepared for public distribution.

PROBA-2 began its scientific mission in March 2010. All data obtained since then are freely available and fully calibrated. PROBA-2 already exceeded its intended nominal life time of 2 years. Nice images and movie sequence of for example solar eclipses, Venus transitions and solar flares are nicely recorded. Operations are sill running ….

The SWAP instrument consortium was lead by Centre Spatial de Liège (CSL, B) as lead institute supported by the Royal Observatory of Belgium (ROB, Uccle, B) and with an industrial team comprising Alcatel Lucent (Antwerp, B), AMOS SA (Liège, B), Deltatec (Liège, B), Fill Factory NV (Leuven, B) and OIP Sensor Sytems (Oudenaarde, B).

OIP was a subcontractor to CSL for the SWAP-FPA development.

The project was funded by the Belgian Federal Science Policy Office (BELSPO), through the ESA/PRODEX programby. 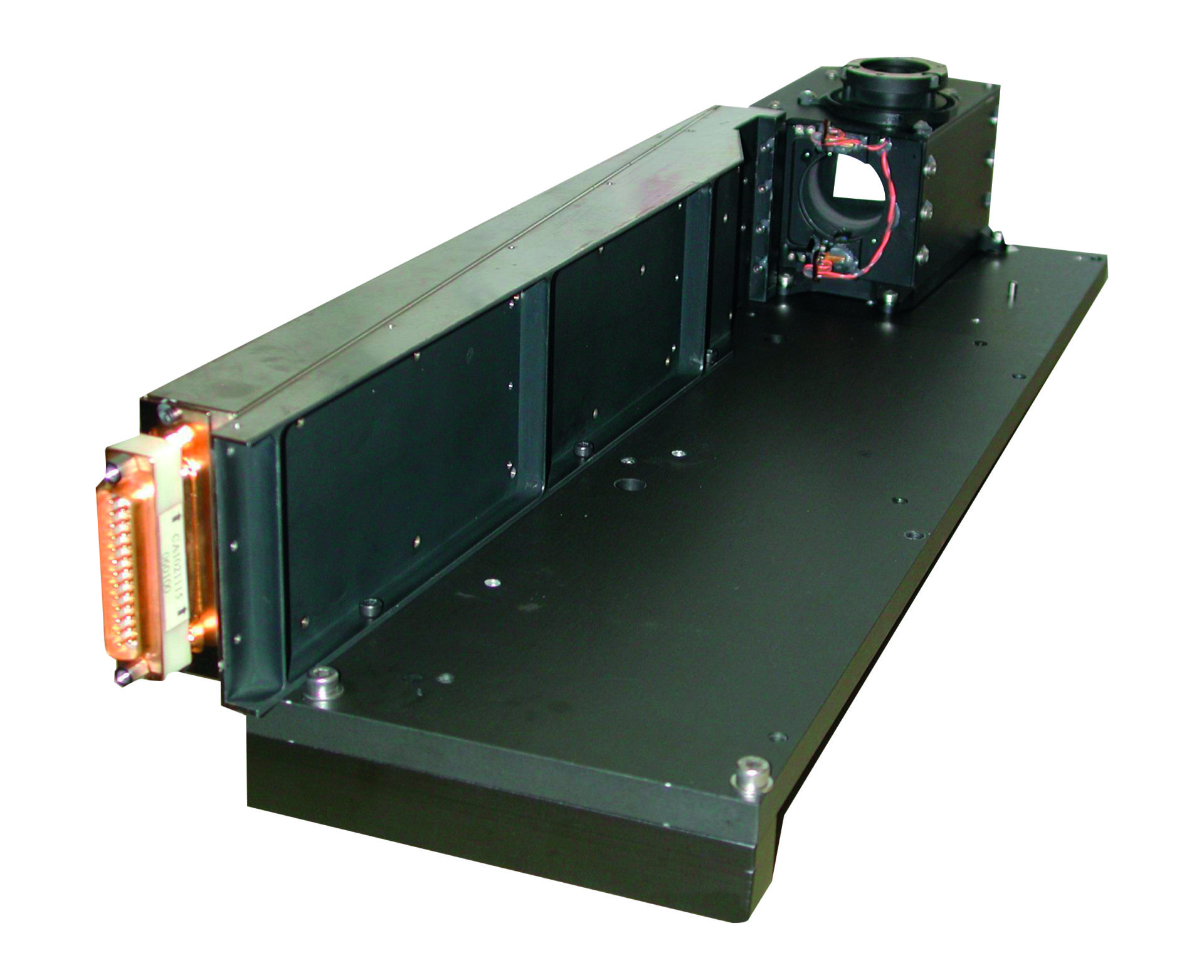 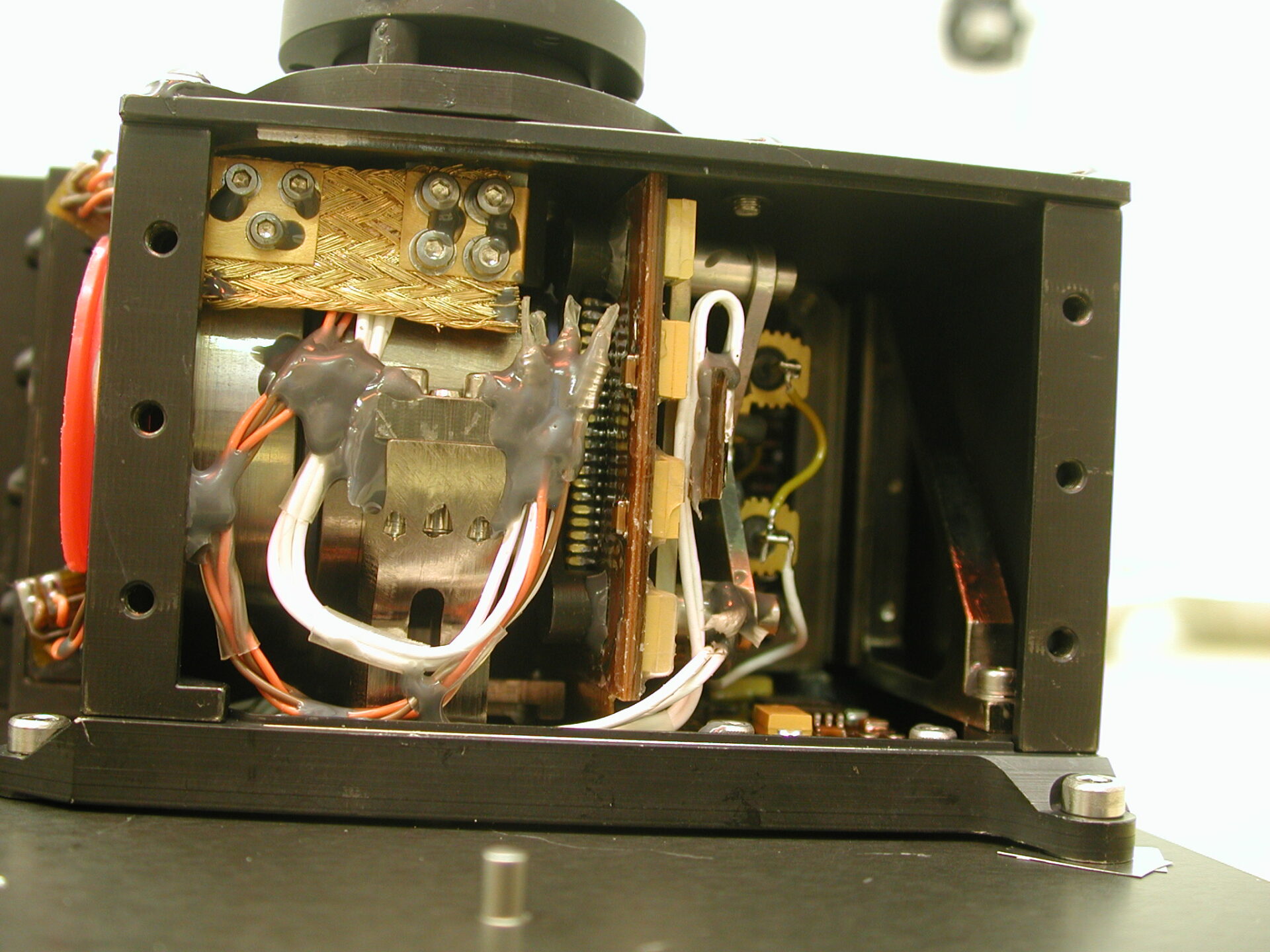 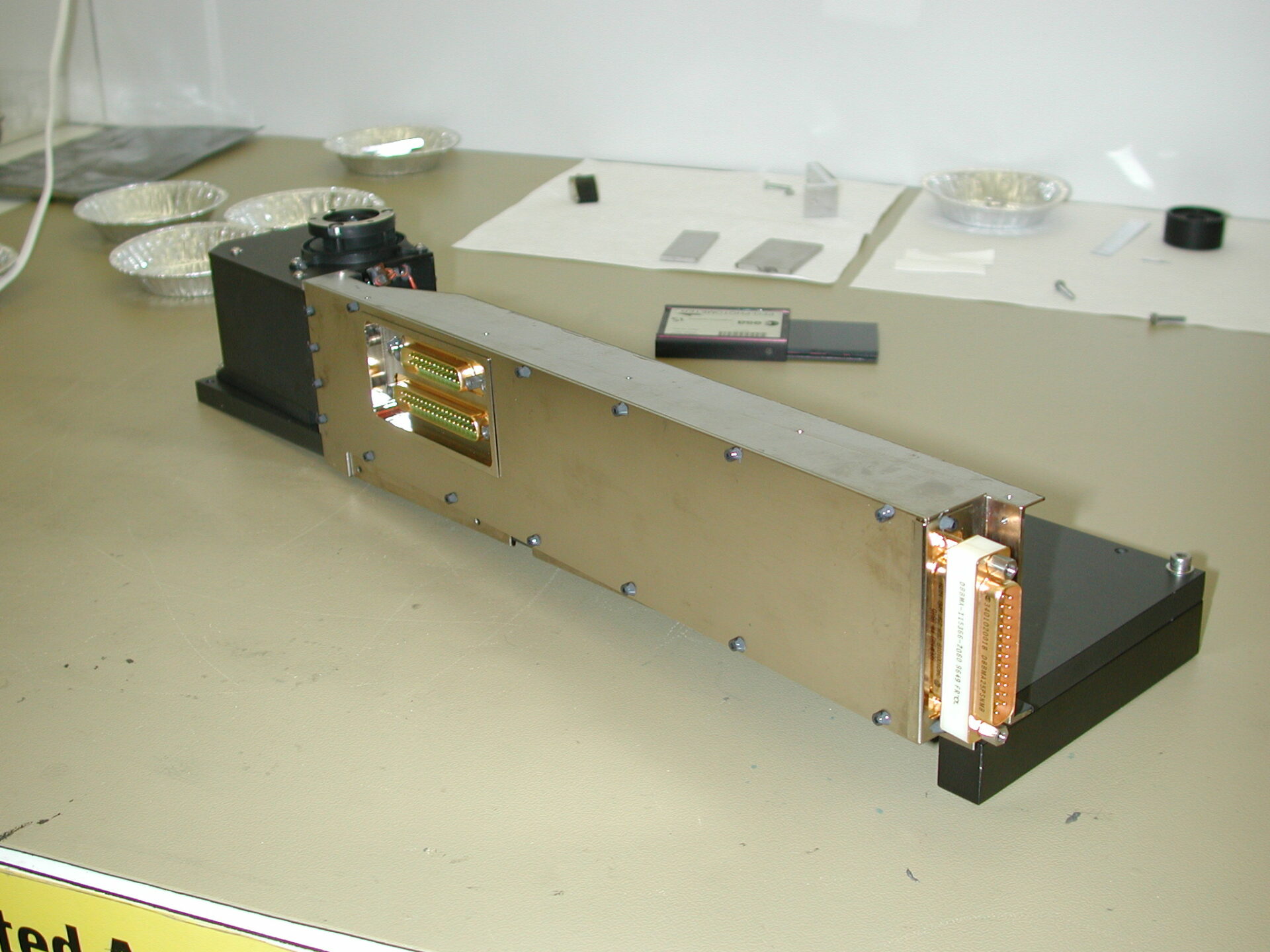 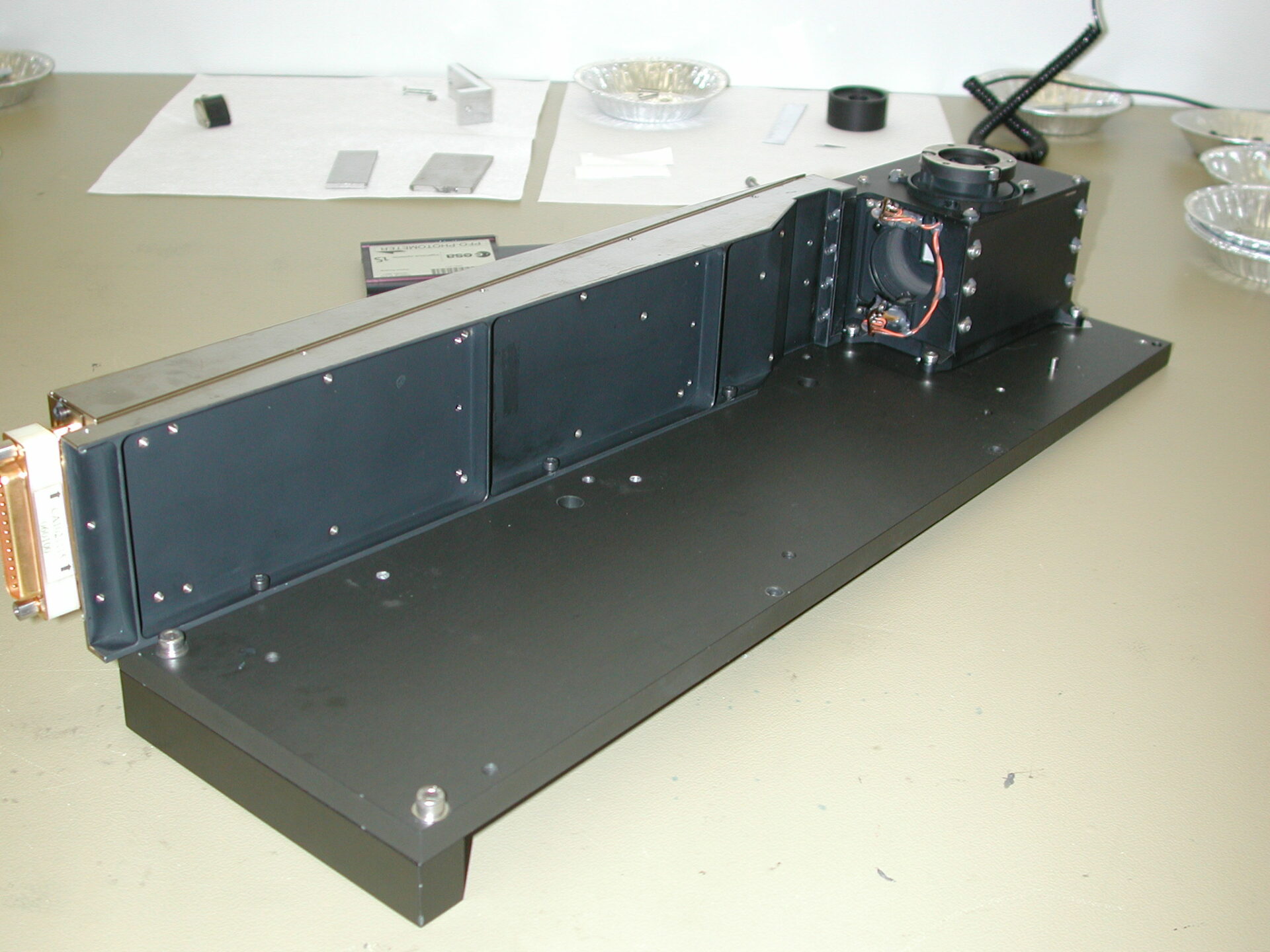 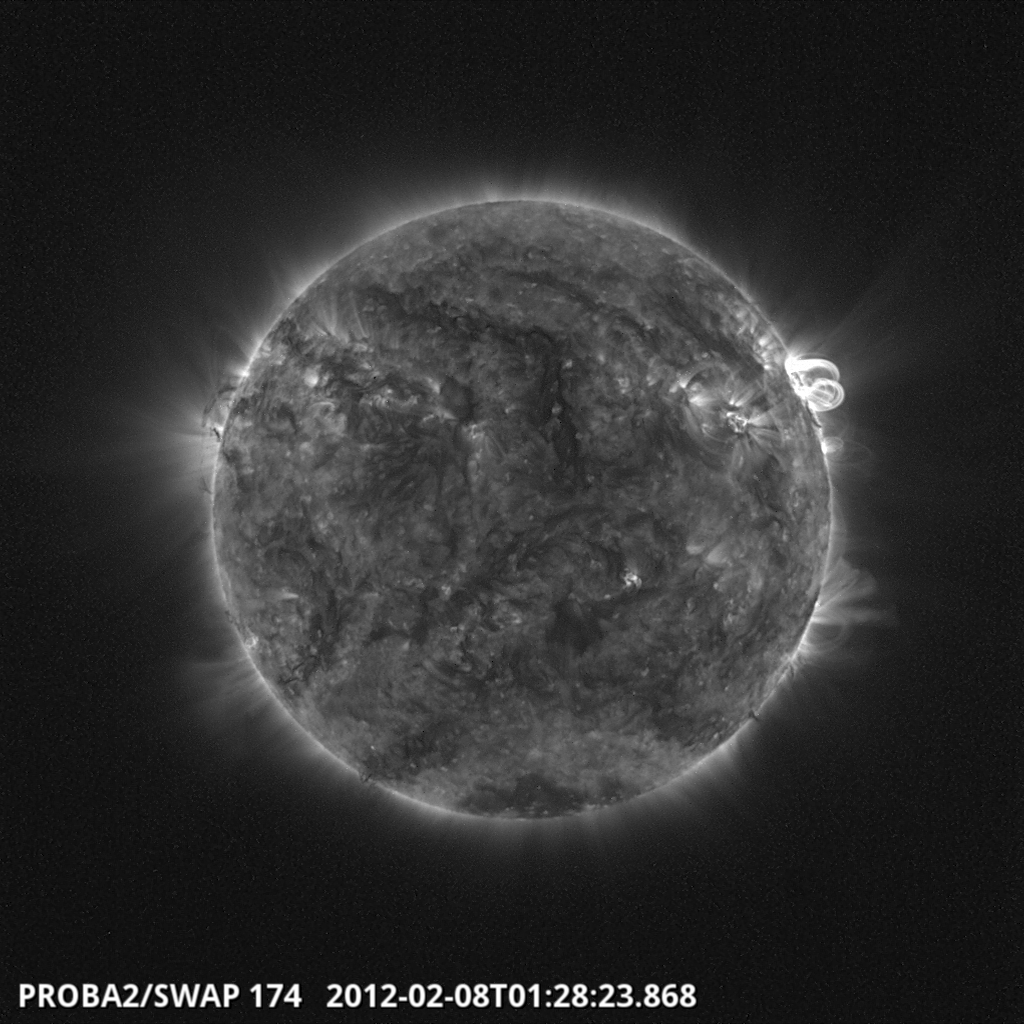 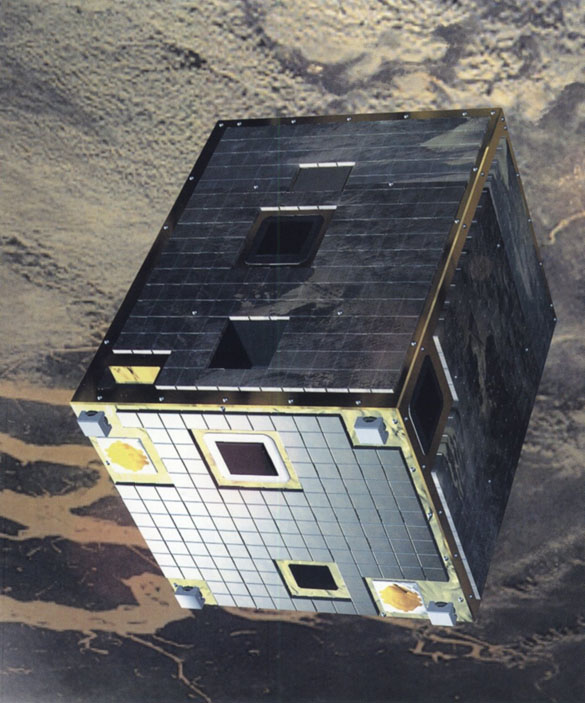