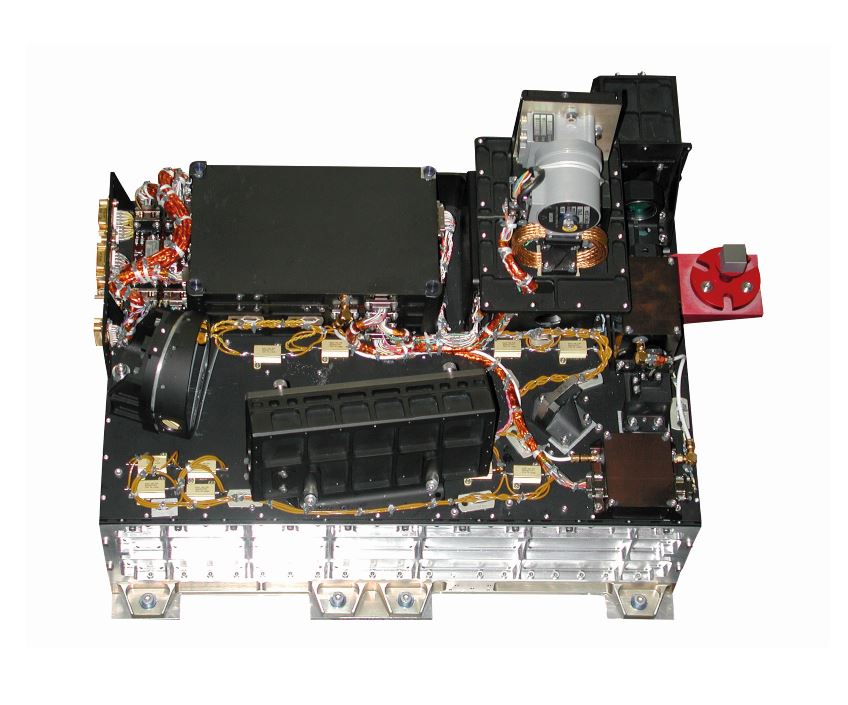 SOIR is a compact spaceborne high resolution multispectral spectrometer developed for ESA’s Venus Express (VEX) spacecraft and integrated in the SPICAV instrument.
SOIR operates in the IR wavelength range of 2.2 to 4.3µm and measures absorption spectra of minor constituents in the Venusian atmosphere. It uses an echelle grating, in combination with an IR Acousto-Optic Tunable Filter (AOTF) for order sorting and an actively cooled HgCdTe Focal Plane Array of 256 by 320 pixels.

SOIR was developed by Belgian partners on behalf of ESA. OIP, as a subcontractor to BIRA-IASB [B], was responsible for the design and development of the optical system of the SOIR spectrometer, as well as the electronic assembly and harnessing.
The project was funded by ESA/PRODEX.

The SOIR (Solar Occultation in the IR) spectrometer is an extension mounted on top of the SPICAV (Spectroscopy for Investigation of Characteristics of the Atmosphere of Venus) instrument. SPICAV/SOIR is one of the seven instruments on board Venus Express, a planetary mission of the European Space Agency (ESA) that was launched in November 2005 and inserted into orbit around Venus in April 2006.

One of the main payloads was the SPICAV instrument, an imaging spectrometer for UV and IR radiation. The Ultraviolet and Infrared atmospheric spectrometer for stellar and solar occultation assists in the analysis of Venus’s atmosphere. In particular, it will search for the small quantities of water expected to exist in the Venusian atmosphere. It will also look for sulphur compounds and molecular oxygen in the atmosphere. It will determine the density and temperature of the atmosphere at 80–180 kilometres altitude.
The main channel is the SOIR.

SOIR is a compact lightweight high-resolution spectrometer that operates in the IR wavelength range of 2.2 µm to 4.3 µm and uses a novel echelle grating with a groove density of 4 lines/mm in a Littrow configuration, in combination with an IR acousto-optical tunable filter (AOTF) for order sorting and an actively cooled HgCdTe focal plane array of 256 by 320 pixels.

Venus Express is a satellite optimised for studying the atmosphere of Venus, from the surface right up to the ionosphere. It has been successfully operating in orbit around Venus since April 2006.

The Venus Express payload comprises a combination of spectrometers, spectro-imagers and imagers covering a wavelength range from ultraviolet to thermal infrared, a plasma analyser and a magnetometer. This set of instruments is able to study the atmosphere, plasma environment and surface of Venus in great detail.

Venus Express, ESA’s first mission to Venus began in March 2001, with a call for ideas from the scientific community on how best to reuse the spacecraft platform developed for Mars Express. On 5 November 2002, ESA gave the go-ahead to proceed with Venus Express, and only three years later the aptly named spacecraft began its journey towards the second planet from the Sun.

Venus Express is a satellite optimised for studying the atmosphere of Venus, from the surface right up to the ionosphere.

OIP, as a subcontractor to BIRA-IASB [B], was responsible for the design and development of the optical system of the SOIR spectrometer, as part of the SPICAV payload. OIP was also in charge of the opto-mechanical assembly and electrical assembly of the electronic cards and harnesses.

Venus Express was launched from the Baikonur Cosmodrome in Kazakhstan on 9 November 2005. A Soyuz-Fregat rocket carried it into space and placed the spacecraft in its transfer orbit to Venus. After an interplanetary cruise that lasted 5 months, Venus Express arrived at Venus on 11 April 2006.

At its closest, Venus Express reached an altitude of 250km and at its furthest, it was 66000km away from the planet.
After the conclusion of its main scientific mission in May 2014, the spacecraft’s altitude at closest approach to Venus was lowered to 130km and eventually reaching a minimum of 129.2km on 11 July.

On 28 November 2014, mission control lost contact with Venus Express. After a re-established contact, it was determined that the spacecraft likely ran out of propellant. On 16 December 2014 ESA declared the Venus Express mission over. The last signal of the Spacecraft’s X-band was detected on 18 January 2015.

For over years, Venus Express has gathered useful data on the Venusian Atmosphere that lead to major discoveries, to which SOIR supported a lot.

The SOIR spectrometer had the highest spectral resolution (λ/Δλ>20,000) ever flown in a planetary mission. Vertical profiles of CO, HDO, H2O, HCl, SO2, CO2 isotopes and temperature are regularly retrieved, as well as aerosols. The SOIR spectrometer has proven its high potential for the detection of minor key species for the understanding of the chemical and dynamical processes occurring in the Venus mesosphere. This why the concept was taken over for other instruments and mission like NOMAD spectrometer onboard ExoMars2016, investigating the Martian atmosphere.

SOIR was developed by Belgian partners on behalf of ESA. OIP, as a subcontractor to BIRA-IASB [B], was responsible for the design and development of the optical system of the SOIR spectrometer, as well as the electronic assembly and harnessing.
The project was funded by ESA/PRODEX. 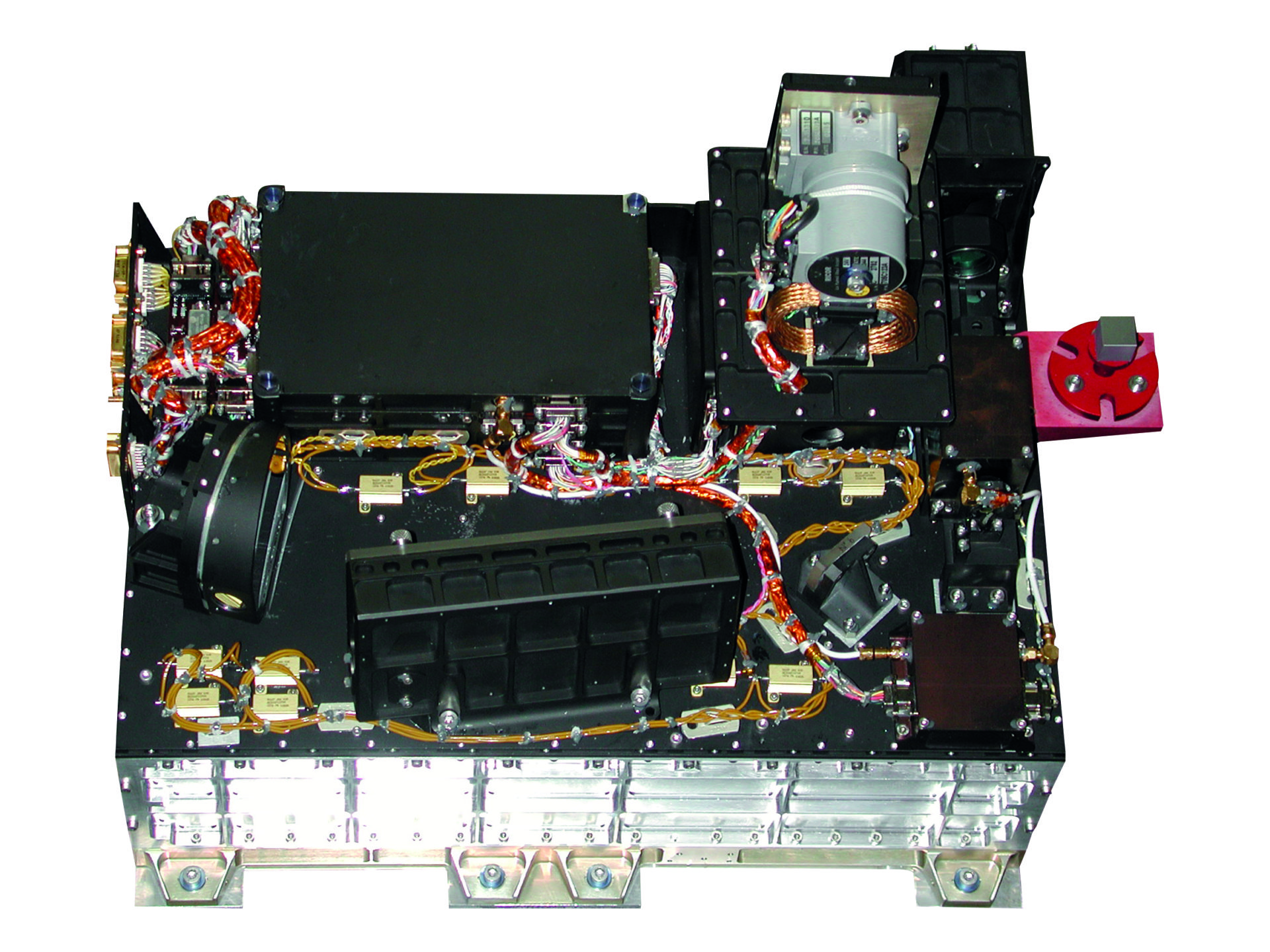 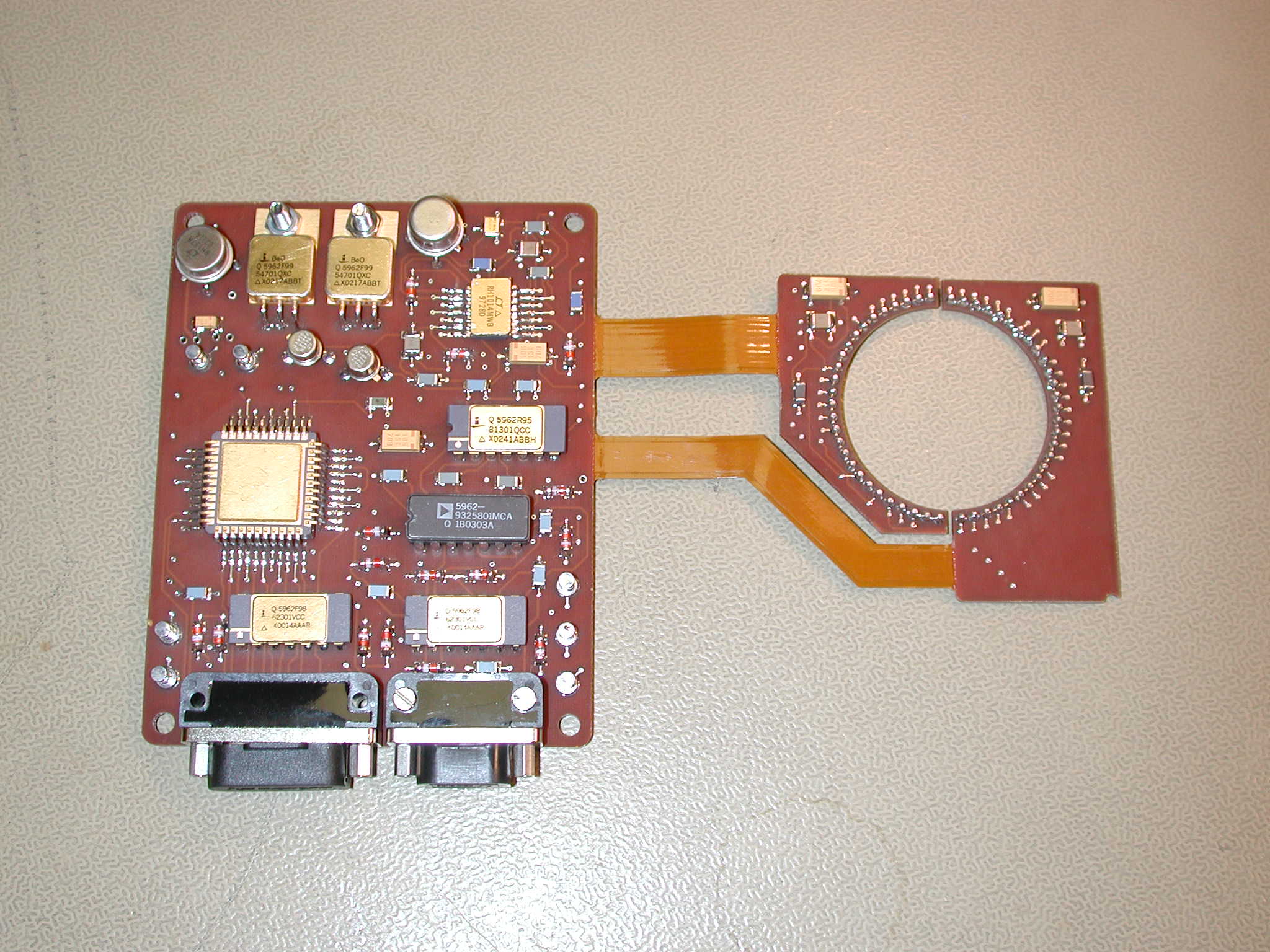 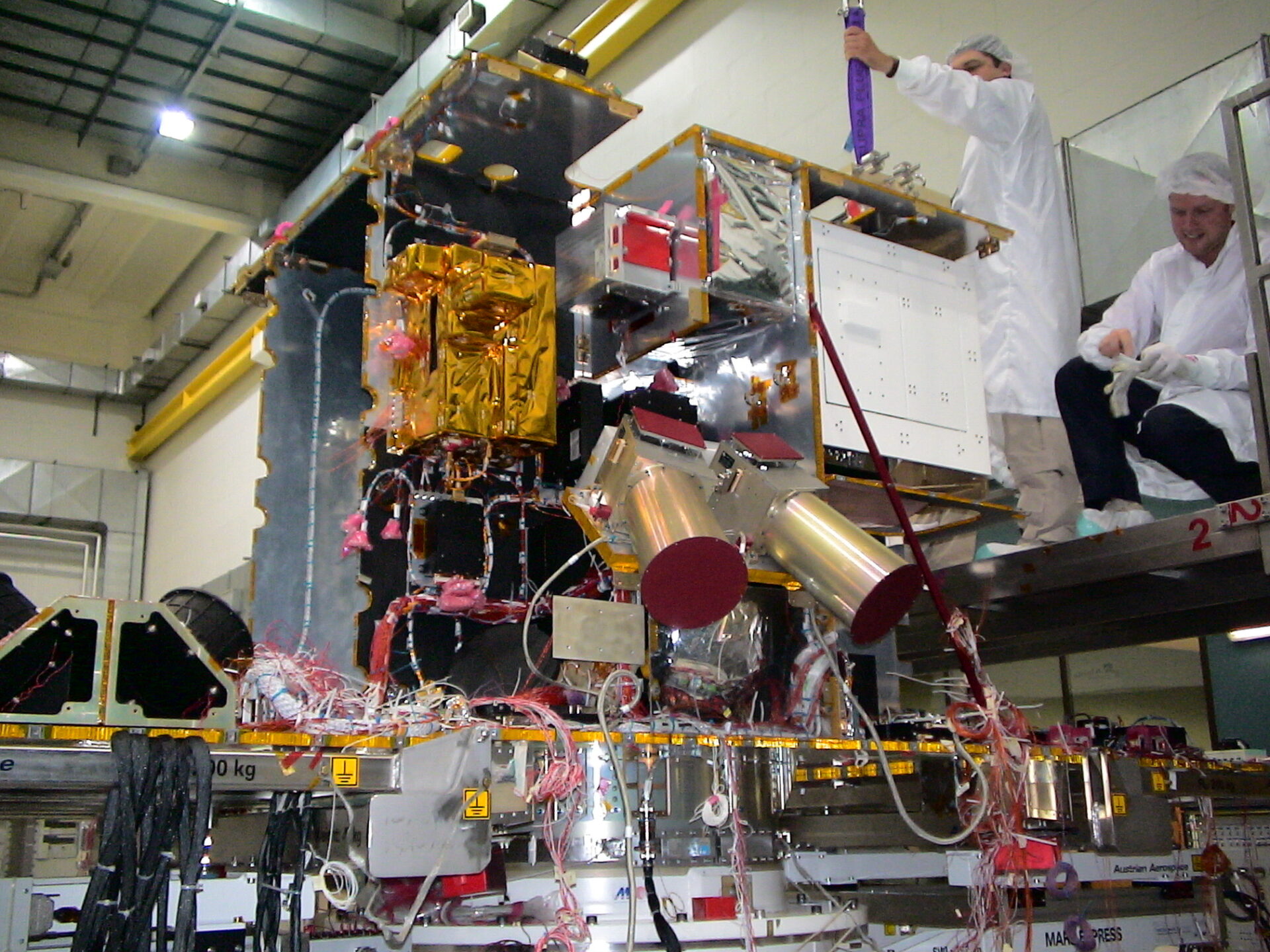 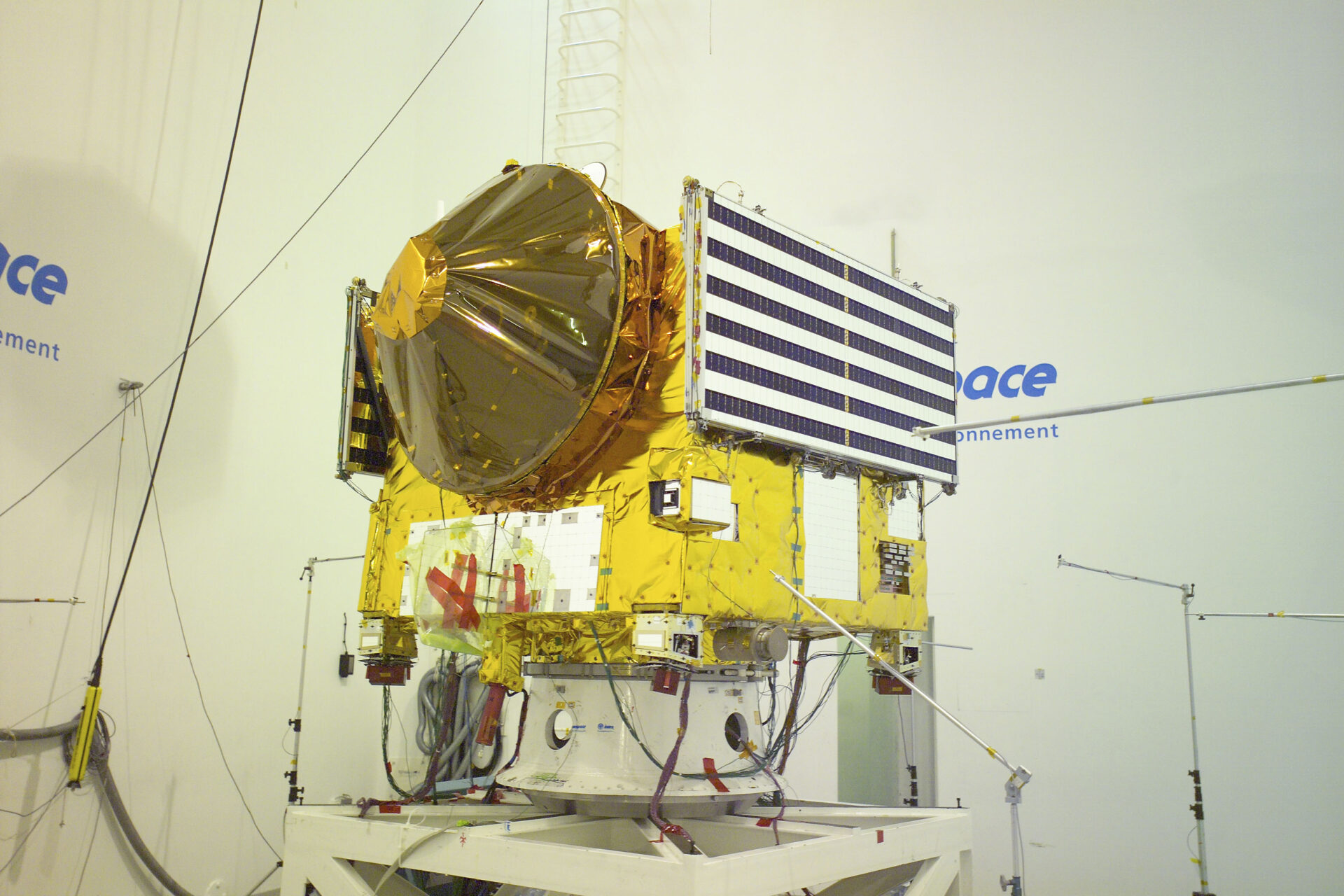 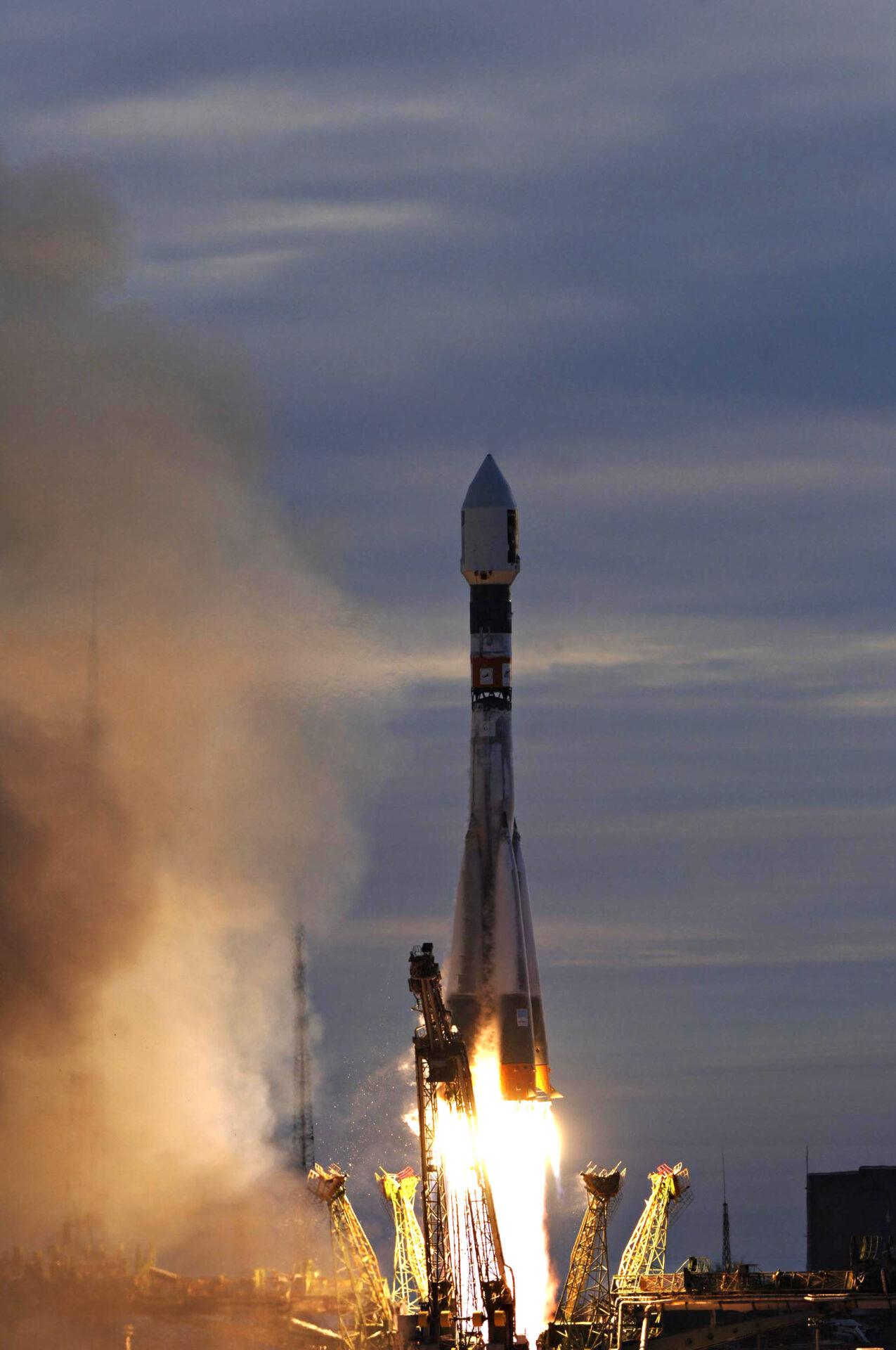 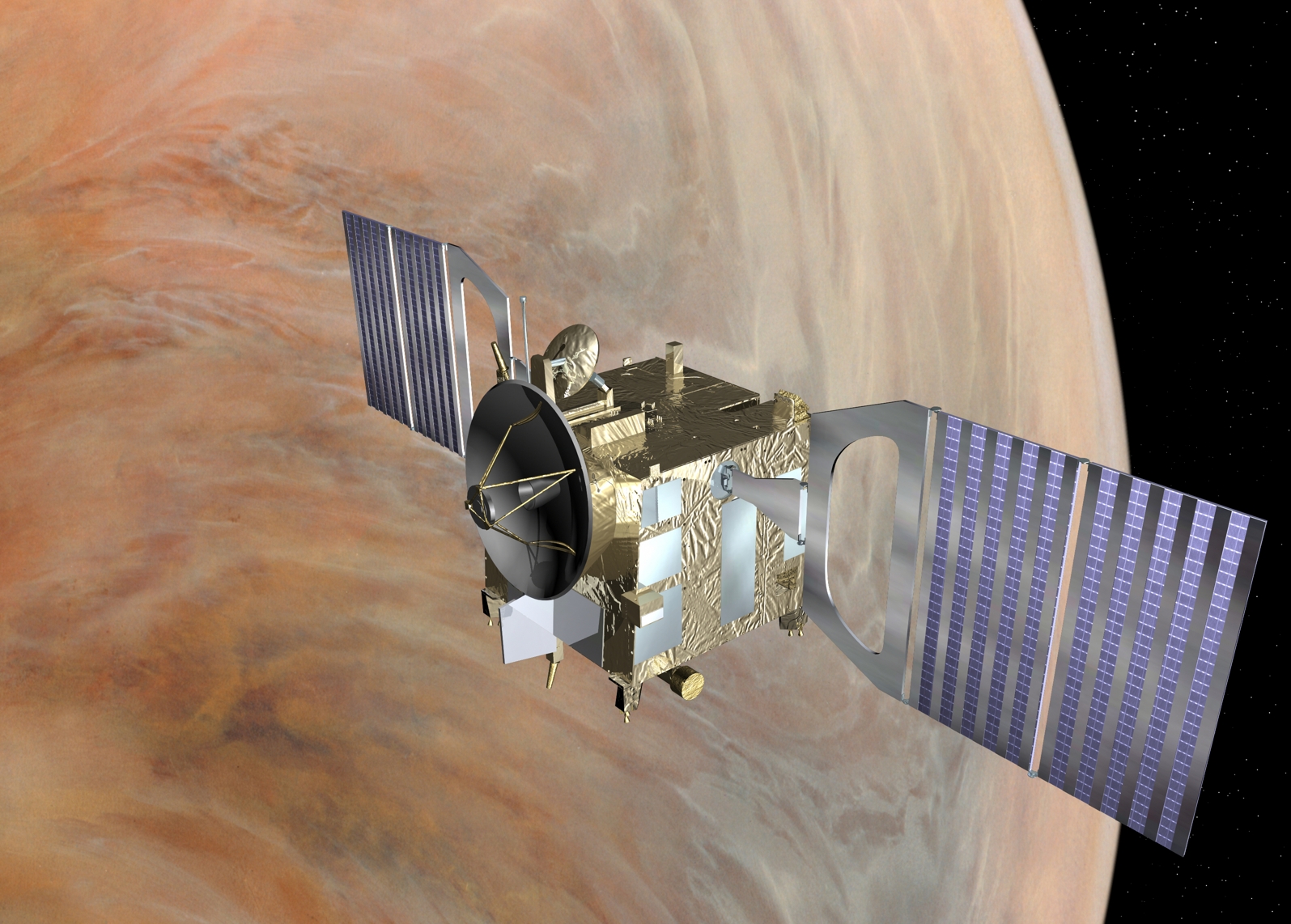