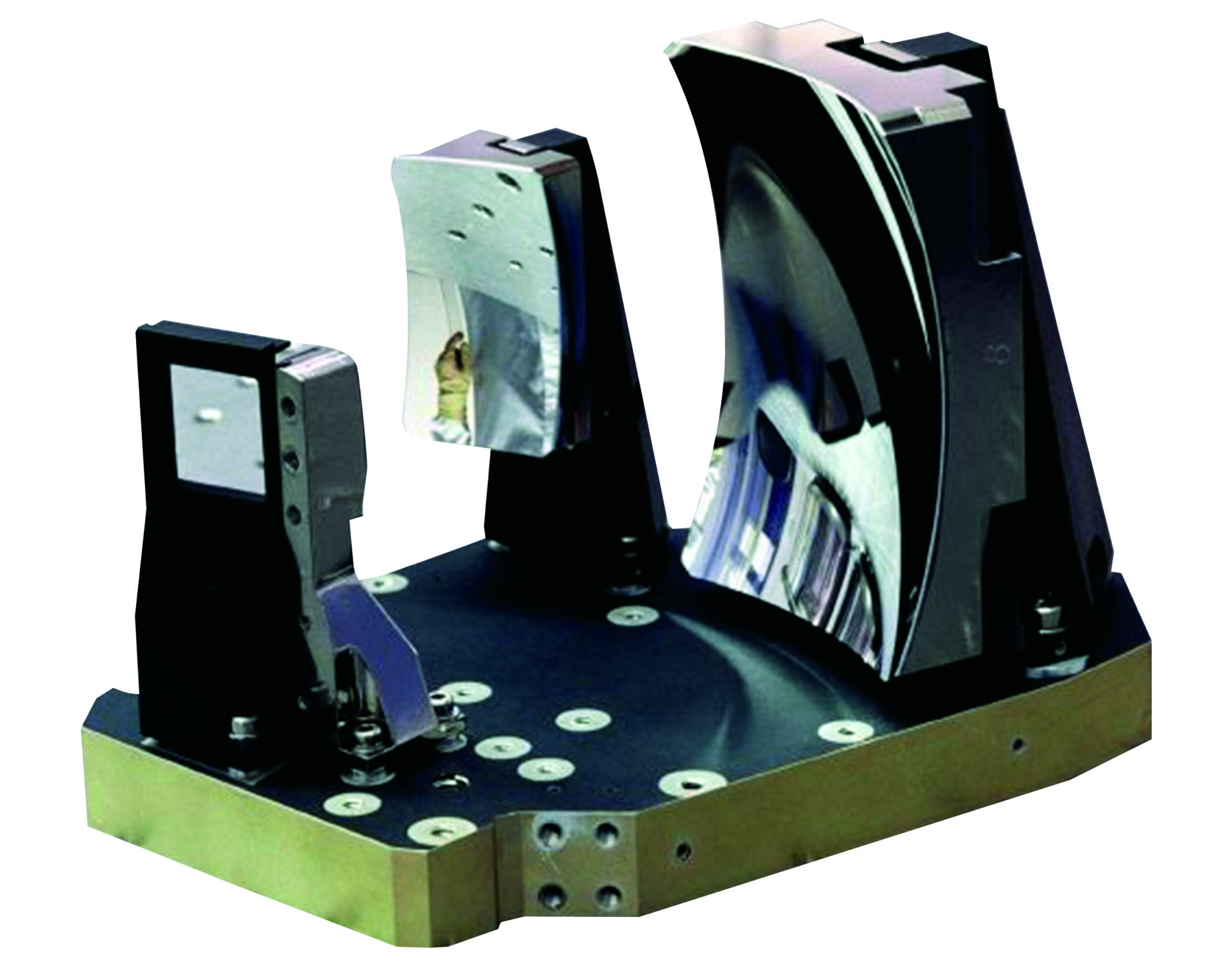 GERB is an instrument that measures the total emitted and solar reflected radiances over the Earth area with a nominal resolution at nadir of 50km and a temporal sampling of 5 minutes. The GERB instrument made a unique contribution to the understanding of the Earth’s climate balance. GERB flew as a science ‘passenger’ on the Meteosat Second Generation (MSG) series satellites.

OIP, as a subcontractor to AMOS [B], was responsible for the design and development of the telescope optics of the GERB instrument as part of the Meteosat Second Generation (MSG) missions. OIP has delivered 4 GERB telescopes. All missions have been successfully launched and in operation.

GERB: an instrument to understand the climate’s caprices

The GERB imaging subsystem is a f/2 three-mirror anastigmat telescope with a 18° x 0,28° rectangular field-of-view. The telescope is an all-aluminium design, comprising a primary off-axis elliptical mirror and two spherical ones, with a largest size of 100 mm. After integration and environmental testing, its global on-axis imaging performance reached 0,45 ‡ rms at 633 nm for an optical design value of 0,27 ‡ rms.

The Earth Radiation Balance (ERB) is the balance between the radiation coming from the Sun and the outgoing reflected and scattered solar radiation, plus thermal infrared emissions, to space. It is an important indicator for global warming and the greenhouse effect of the atmosphere.

With the GERB experiment, scientists gained new insight into the complex processes of climate change.

For more than 40 years, ESA has been building Europe’s orbital weather satellites: the Meteosat series of geostationary spacecraft, the first of which was launched in 1977. The success of the early Meteosats led to the creation of the European Organisation for the Exploitation of Meteorological Satellites, Eumetsat, in 1986. ESA and Eumetsat continued to work together on the second generation of satellite, designed to deliver continuous weather images to European forecasters on an operational basis. The MSG series guaranteed continuity of service through to around 2021. Then Meteosat Third Generation (MTG) should take over ..

They were all launched on an Ariane 5 from the same launch site – Europe’s Space port at Kourou in French Guiana.

The MSG satellites continually return detailed imagery of Europe, the North Atlantic and Africa every 15 minutes, for operational use by meteorologists. GERB data are forwarded to the Rutherford Appleton Laboratory near Oxford, UK, for processing.

OIP, as a subcontractor to AMOS [B], was responsible for the design and development of the telescope optics of the GERB instrument as part of the Meteosat Second Generation (MSG) missions. OIP has delivered 4 GERB telescopes. All missions have been successfully launched and in operation.

OIP has delivered 4 GERB telescopes covering for MSG missions. All missions have been successfully launched and in operation.

The heavy-lift launcher Ariane-5 places the 4 two-tonne MSG satellites in an initial ‘parking’ or geostationary transfer orbit. This is a highly elliptical (or elongated) orbit intermediate between geostationary and low-Earth orbit (LEO), with an apogee of approximately 35 944 km and a perigee of just 580 km.

Meteosat-11 will ensure the smooth transition to Meteosat Third Generation (MTG) in 2021.

OIP was subcontractor to AMOS [B]. 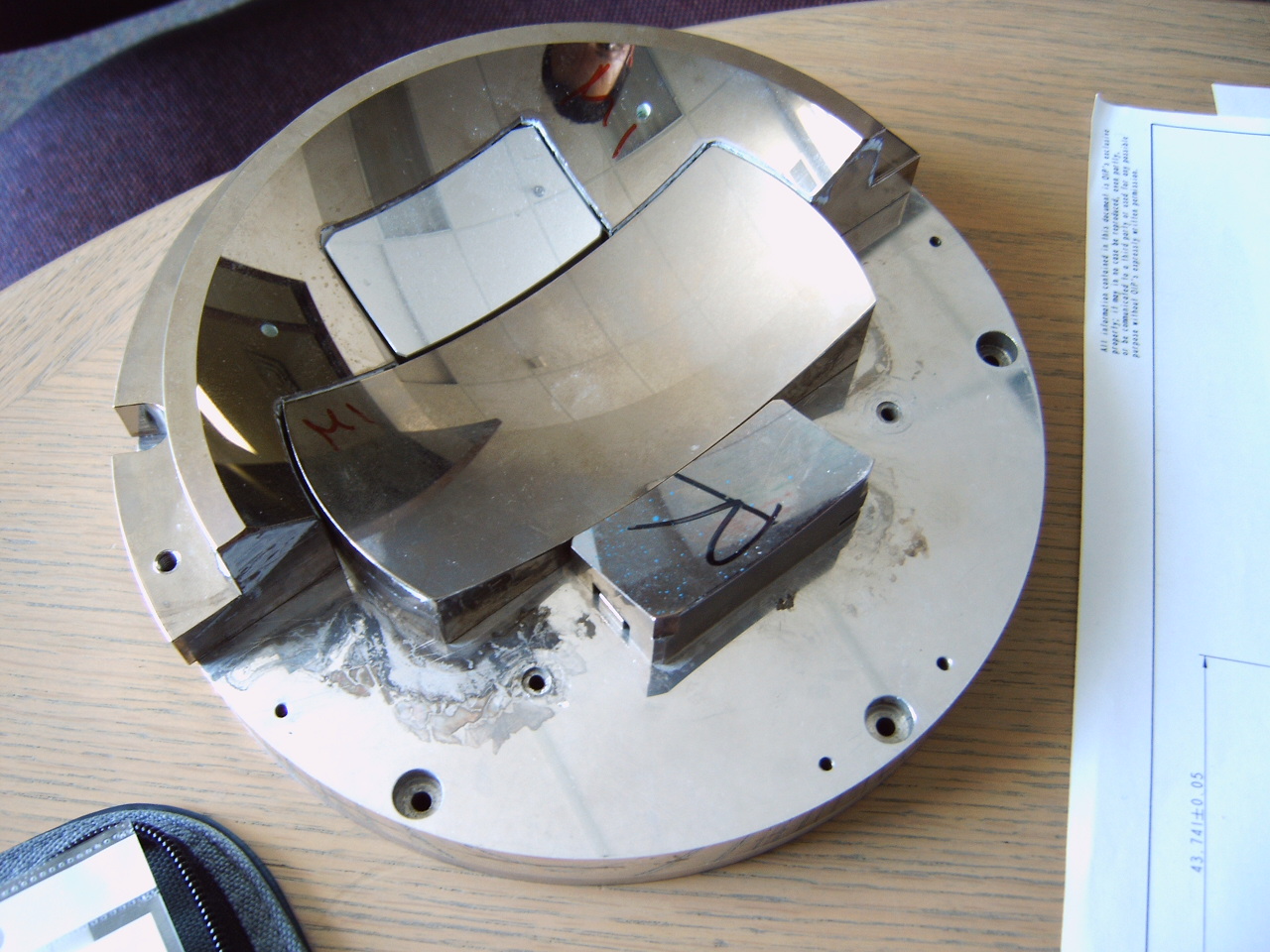 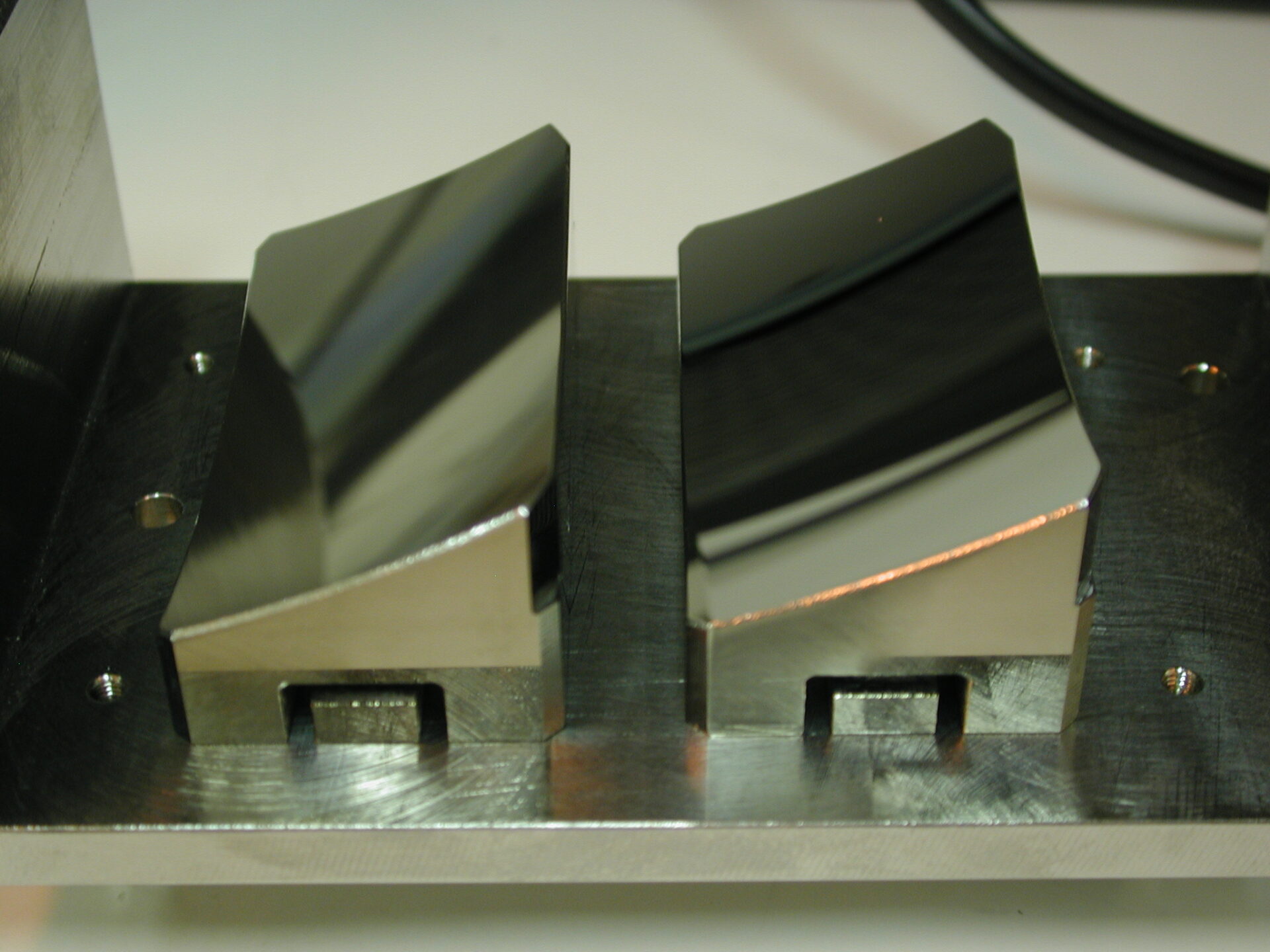 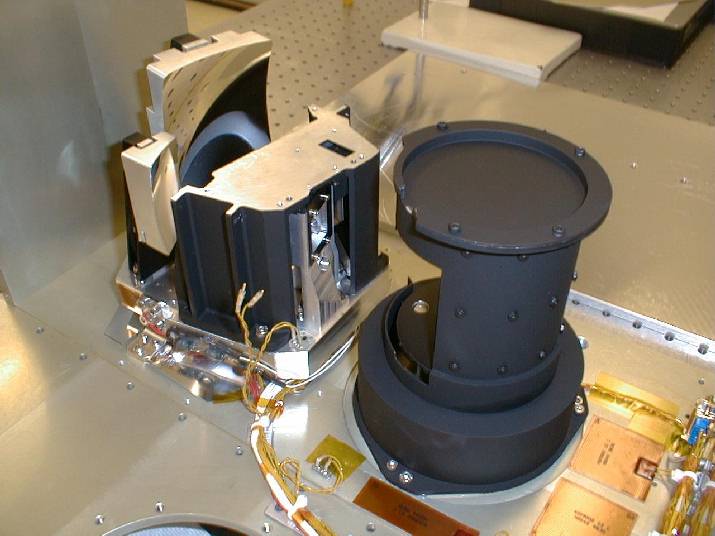 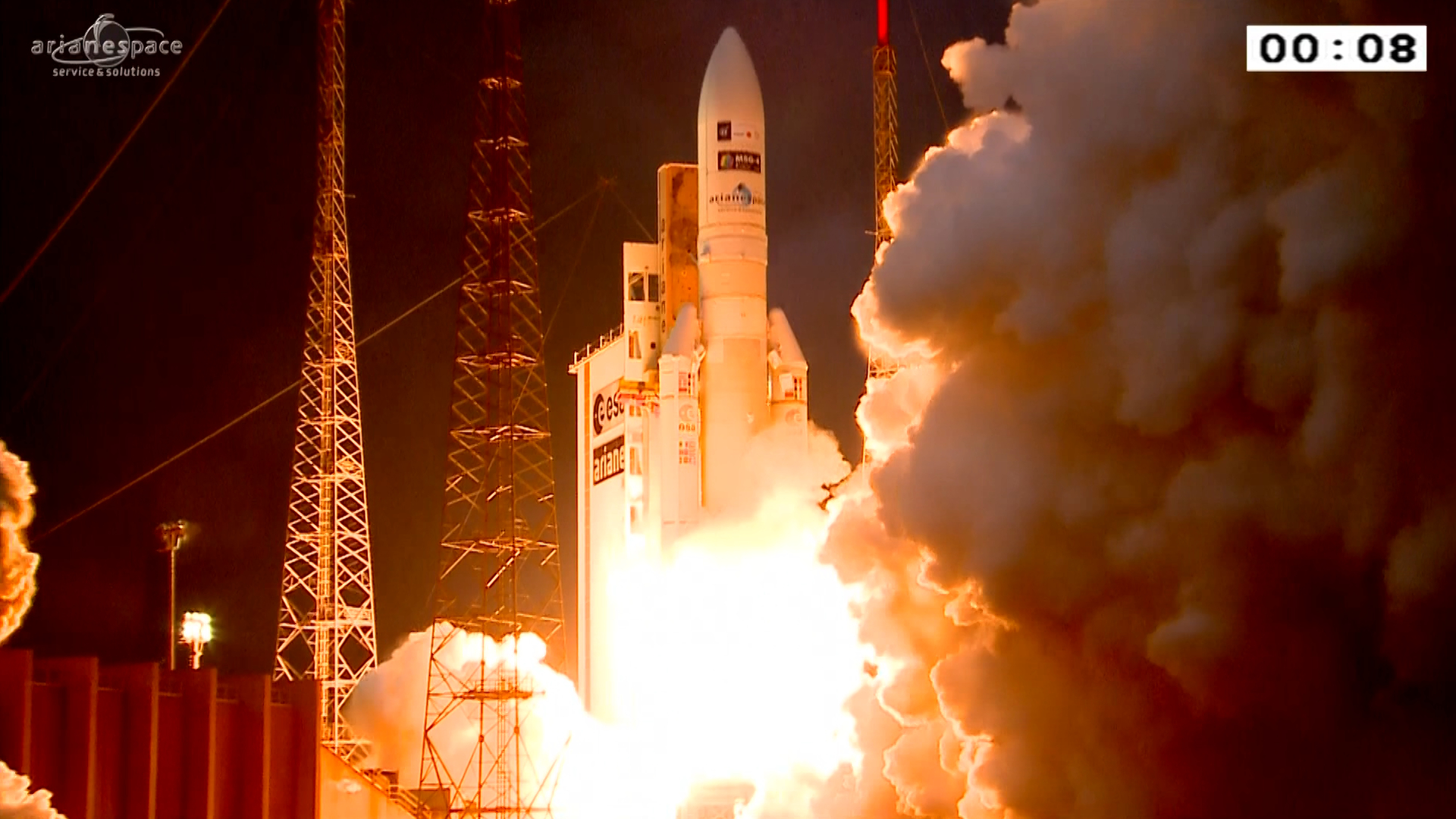 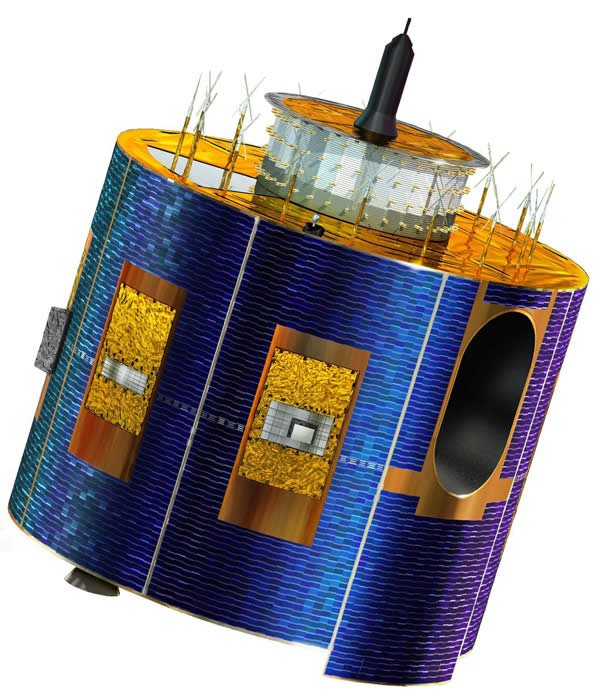